“Under the Ancient Polish Flag,” an exhibit of images and artifacts, celebrates the contributions that Rochester’s Polish community made to the restoration of a free, independent Poland at the close of World War I. 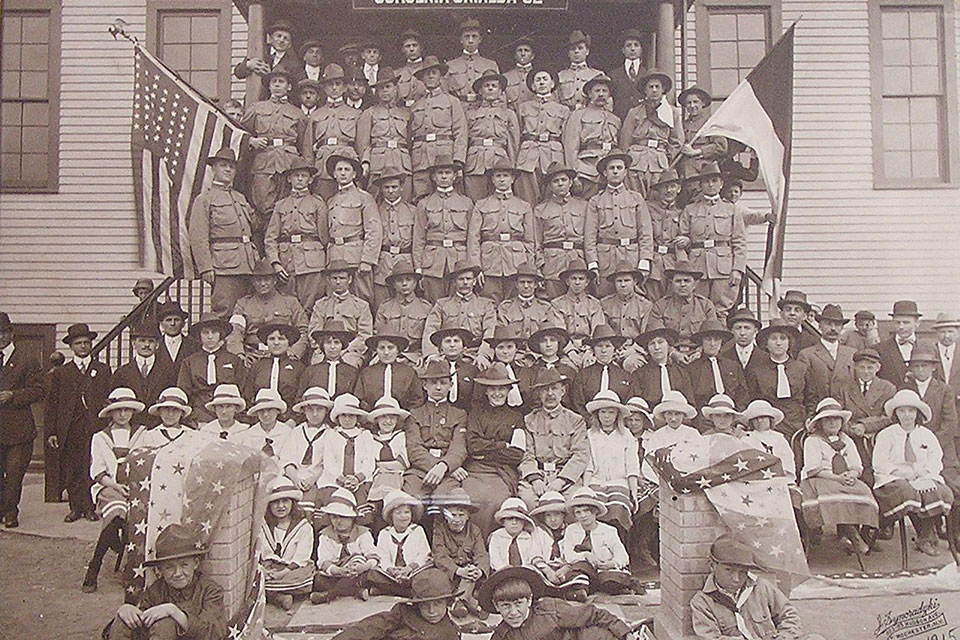 Sponsored by the Polish Heritage Society of Rochester, the exhibit features fifty images and artifacts documenting the dedication and sacrifice with which local Polish Americans supported the effort to liberate Poland from foreign rule. Vintage photographs and memorabilia from the Polish Community Archives will highlight the service of young men from Rochester in the Polish “Blue Army,” the humanitarian work of local Grey Samaritan nurses who assisted refugees in war-torn Poland, and home front fund-raising that yielded impressive amounts for Polish relief.

On display in the Patricia O’Keefe Ross Gallery in the Skalny Welcome Center at St. John Fisher College, “Under the Ancient Polish Flag” will open on Friday, Oct. 5. The opening day includes a reception at 6 p.m., followed by a presentation at 7 p.m. by Dr. James Pula, professor of history at Purdue University and a leading scholar of Polish American studies.

When the First World War broke out in 1914, Poland did not exist as a nation. It was wiped from the map of Europe at the close of the eighteenth century, divided into partitions controlled by Prussia, Russia, and Austria-Hungary. For Poles, the war presented an opportunity to liberate their homeland from foreign domination. In that effort, Polish immigrants and their descendants in the United States – including the members of Rochester Polonia – played a pivotal role of support. The exhibit illustrates that connection as Poland commemorates the centennial of its restoration as an independent republic, which will be marked this year on Polish Independence Day (Sunday, Nov. 11, 2018).