This fall, Dr. Wendi Sierra, assistant professor and interim director of the Interactive Media Program, was invited to the Oneida Nation in Green Bay, Wisconsin, to deliver a lecture on her research as part of its Distinguished Scholar Series. 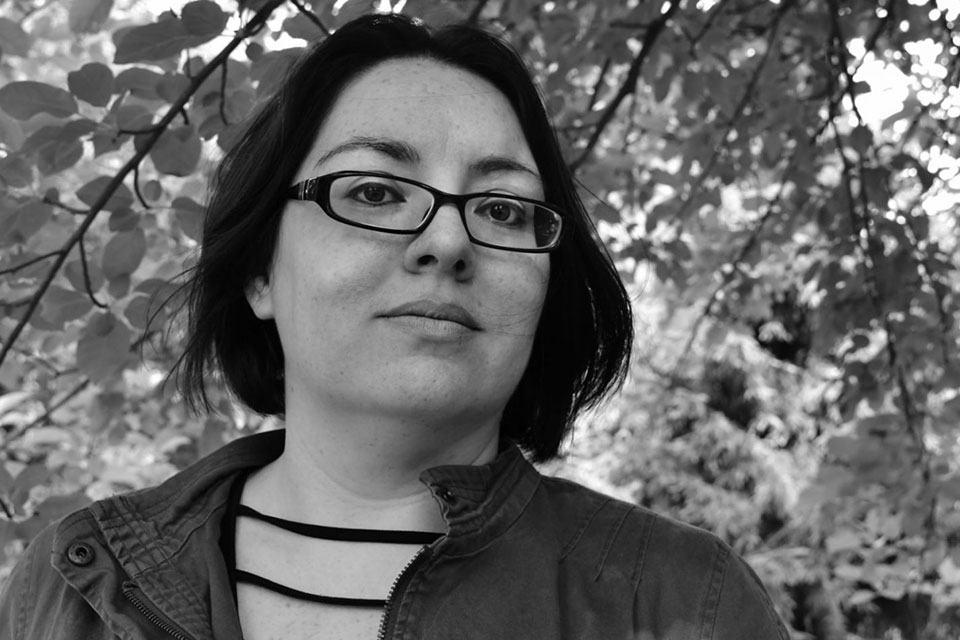 “The tribal higher education program enabled me to go to college and eventually graduate school, so it meant a lot to me to get to share my research and work with the tribe,” she said. “I particularly enjoyed the chance to present to the tribal high school; as a less than stellar high school student myself, I hope I was able to inspire some of them to consider pursuing higher education.”

Sierra’s research focuses on how gaming with children can strengthen family bonds and encourage prosocial behavior. Her research will be included in an edited collection of work on Pokemon Go from MacFarland Press.

“My study explores how Pokemon Go, an augmented reality game, encourages knowledge sharing across generations and provides new opportunities for interaction in players’ local environments,” she explained. “Using autoethnography as my method, I look at how three generations of gamers in one family play the game together.”

Sierra said that as society and culture reinforce a separation of people based on age, and the trend of families living farther apart increases, it can be difficult to create bonds between generations.

“Gaming offers a shared social space with the potential to bring family members back together,” she said. “It also has the potential to level the playing field, so to speak, allowing either children or parents/grandparents to be experts.” 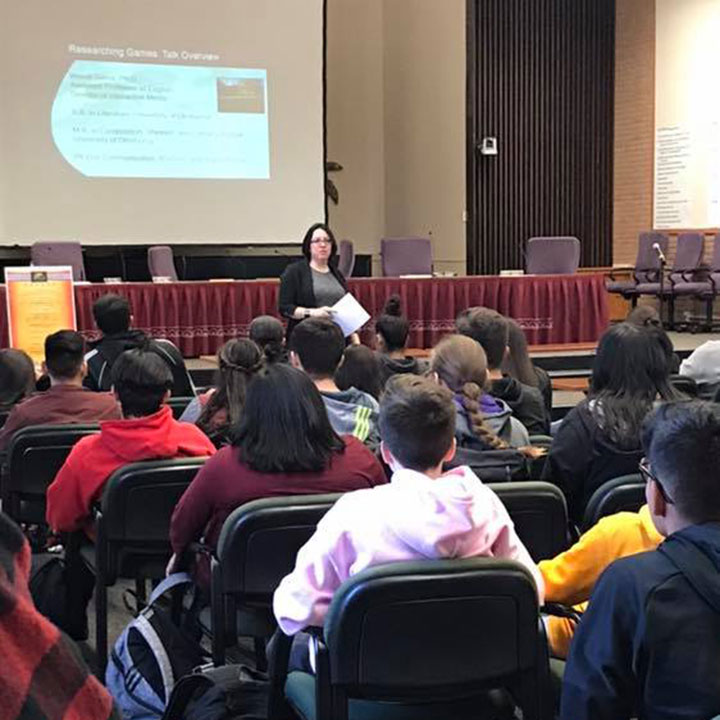 When talking with the high school students, Sierra spoke about what it means to study games (it’s not all play!) and which methodologies she uses in her academic research.

“The high school students were very intrigued by the idea that someone could research video games,” she said. “Their questions were more focused on my general opinion of games (positive!) and how I use games in my teaching and classes. The adults in the community center were much more interested in the family aspect and thinking about intergenerational gaming.”

Sierra sees the lecture at Oneida as one part of a larger collaboration with the tribe.

“I’m hoping to develop a language learning game to help preserve and revitalize the native language,” she said. “They’ve already made amazing strides, including an immersion preschool and a free app for both android and iOS. I believe this project will both connect with my own research on the positive aspects of gaming and the Oneida Nation’s efforts to grow the number of speakers.”