Alumni, trustees, and friends of St. John Fisher College were among those honored as Rochester Business Journal Icons. 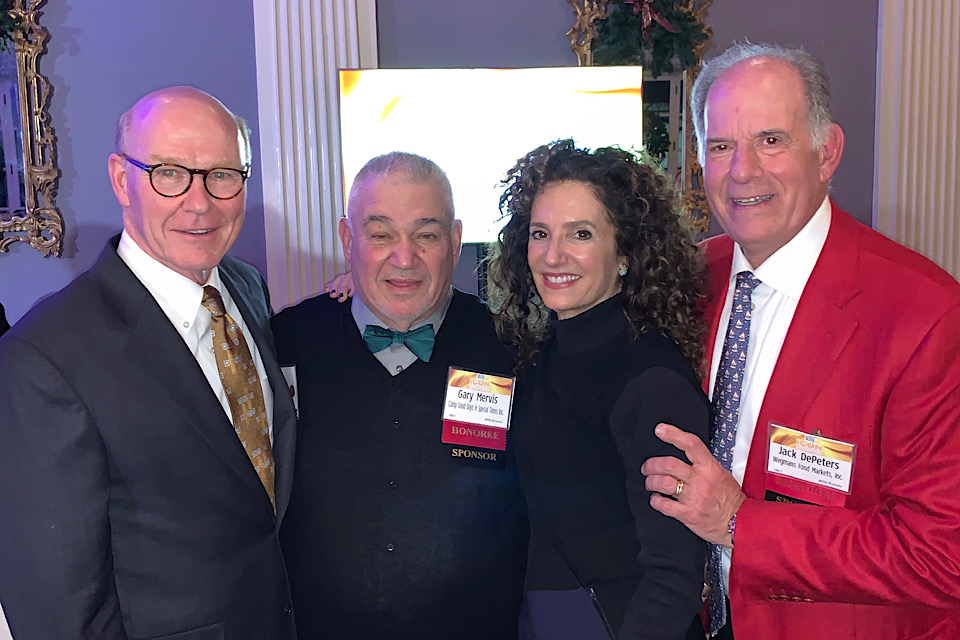 Established in 2017, the RBJ Icon Honors recognize Rochester business leaders, over the age of 60, for their notable success and demonstration of strong leadership within and outside their fields. Winners were honored at a reception in early December.

Among those recognized were Jack DePeters ’73, chair of Fisher’s Board of Trustees; Don Jeffries ’74, member of the Board of Trustees; Sharon Napier ’81, member of the College’s Spire Society and supporter of experiential learning at Fisher; Gary Mervis, longtime assistant coach of Fisher’s football team; Walter Parkes, benefactor of the Walter and Barbara Parkes Trading Lab in the School of Business; and Naomi Silver, a Fisher parent and inaugural partner of the Parent Leadership Council.

Jeffries, who serves as president and CEO of Visit Rochester, was also recognized this fall as the recipient of the Tourism Executive of the Year award from the New York State Hospitality & Tourism Association.

The award honors an executive who has demonstrated outstanding contributions of leadership and service to the industry and to his/her community. Jeffries was formally recognized during the Association’s 2019 Stars of the Industry Awards Gala in November.