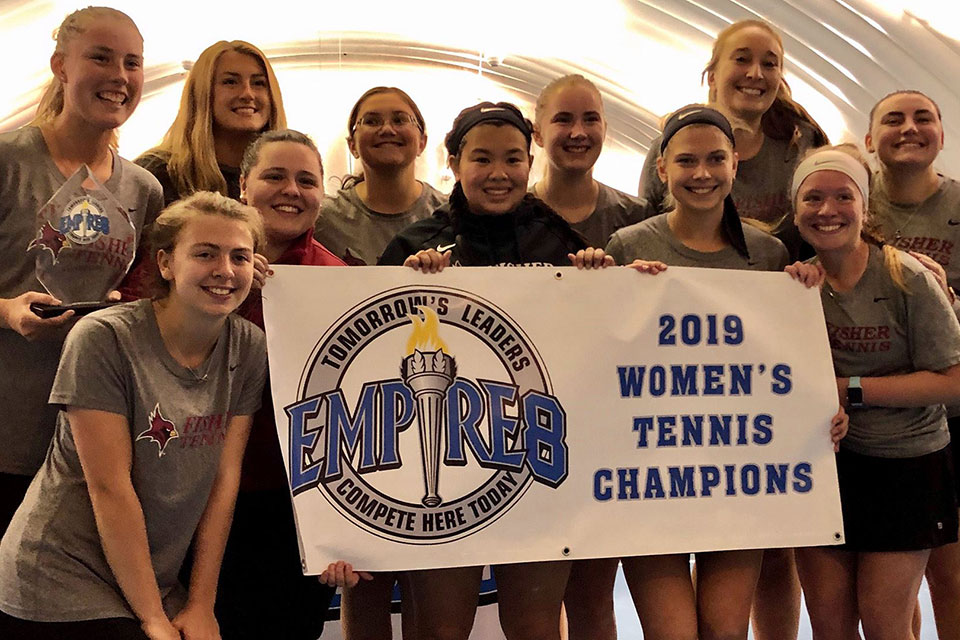 With the win, Fisher claimed its fifth consecutive victory and improved to 10-3 overall, which is the program’s most wins in a single season in team history.  The conference title has also earned the Cardinals the conference’s automatic berth into the NCAA Division III Women’s Tennis Championship, which will take place in May 2020 in St. Louis, Missouri.

The Cardinals swept all three points in doubles competition as Kaili Saffran and Cassidy Bell worked an 8-2 win in the first flight.  Zuzanna Pociecha and Mikayla Santulli were winners at second doubles behind an 8-5 effort while Jacqueline Chouinard and Valerie Morgans clinched Fisher’s third point behind an 8-4 win in the third doubles flight.

In singles play, Pociecha gained the Cardinals’ fifth point with a 6-2, 6-0 decision at fourth singles before Santulli sealed the win with a gritty effort at third singles that resulted in a 6-3, 3-6, 6-3 win.  As a result, Santulli was named the Championship’s Most Valuable Player as she won the Cardinals four points over the weekend.

The season will continue for Fisher in March when it travels to Hilton Head, S.C. for its annual spring break trip.