In early April, the St. John Fisher College chapter of the American Marketing Association (AMA) attended the AMA International Collegiate Conference in New Orleans, Louisiana. While the group has attended the conference since 2012, this year, they experienced a first. 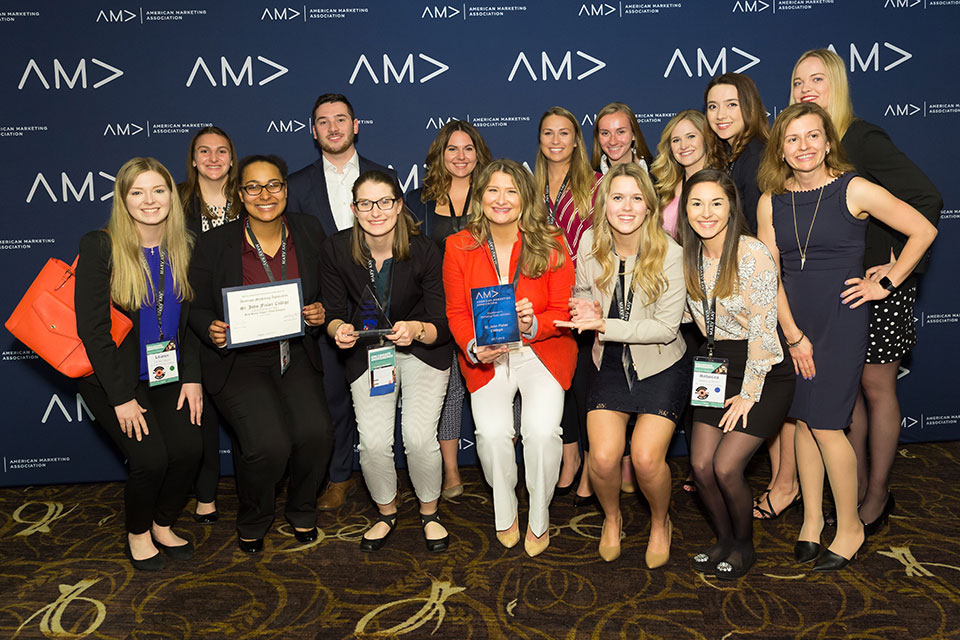 Among a variety of accolades, the chapter earned its first Excellence Award—the highest award given at the conference—in recognition of its work during the Annual Marketing Week.  In addition, Fisher was named a Top 20 International Chapter, moving up an entire ranking in one year. Top chapters stand out among the more than 370 collegiate AMA chapters, showing exceptional effort in professional development, community service, fundraising, membership, communications, and planning.

They also placed first in Best Educational Value in the exhibit competition; their chapter booth, which had to reflect the theme of the conference, “The Timeless Beauty of Marketing,” was a diner-themed exhibit with a retro feel, complete with old vinyl records used to communicate their chapter activities. Additionally, the club won second place for Best Social Impact Video and third place for Best Website.

In individual student competitions, Fisher undergraduates also performed well. Nick Pino placed second—out of about 100 students—in the Sales Role Play Competition, in which competitors met with a judge acting as a buyer and convinced them to purchase a product. 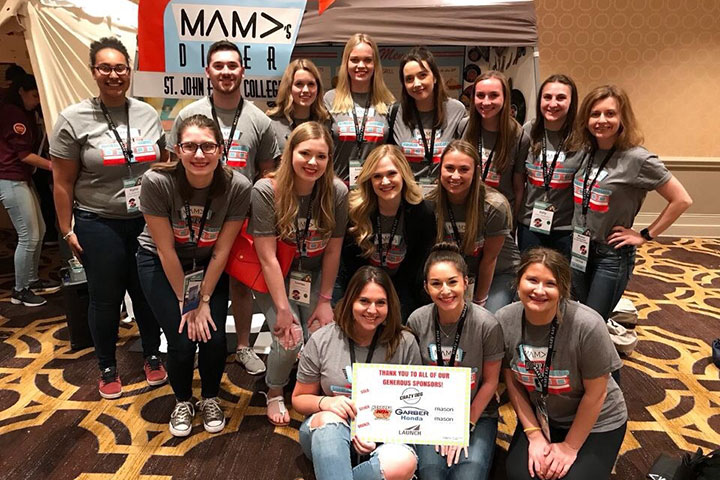 Members of SJFC AMA with their chapter exhibit booth.

Six of Fisher’s eight competitors advanced to the final round of the Perfect Pitch competition, where more than 200 students delivered a 90-second elevator pitch to employees from Aerotek about why they would be the right candidate for a sales and recruiting position. Samantha Servati ‘19 placed fourth overall, while Emily Risch ’20 received an Honorable Mention.

“Being a part of AMA has been one of the best experiences I’ve had in my four years at Fisher,” said van der Horst, who is a media management major. “It’s truly prepared me for my future through professional development opportunities and giving me the chance to be a leader. And, coming home with nine international awards is an ‘AMA’-zing feeling!”