St. John Fisher College alumnus, Kevin G. Johnson, Esq. ’02, was elected in November 2017 as supervisor of the Town of Sweden. He previously held the elected office of Town Councilperson, and then Sweden Town Justice. 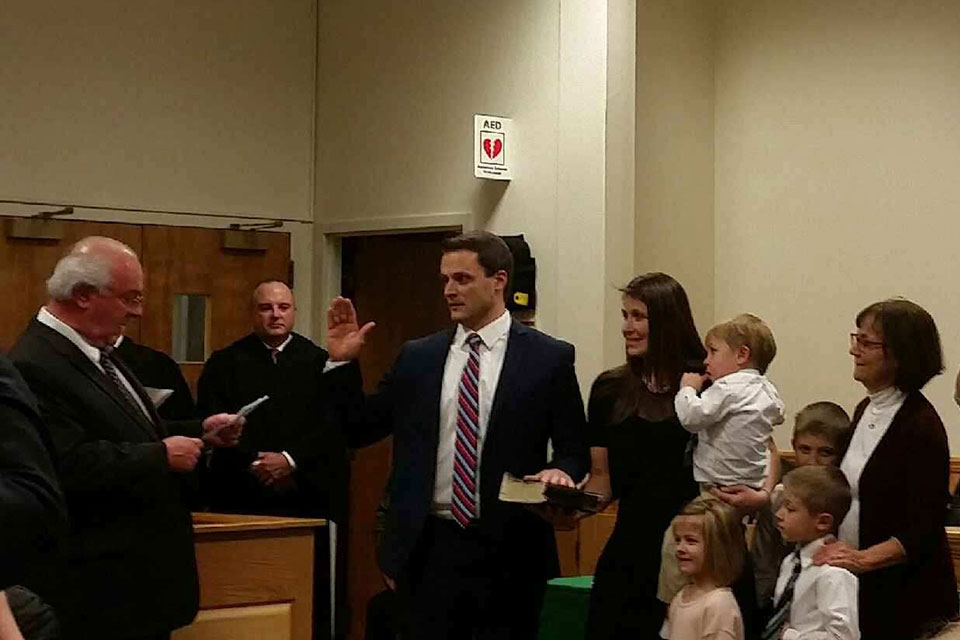 At ceremony held in January 2018, President Emeritus Dr. Donald E. Bain, who taught Johnson while he pursued a bachelor’s degree at Fisher, presided over the event and helped swear him into his new role.

A graduate of the University of Buffalo’s law school, Johnson is also managing partner of local law firm, Klafehn Heise & Johnson, PLLC. He and his wife, Marne, and their four children, reside in Brockport. Johnson is also a longstanding member of the College’s Justinian Society.