This year, the Philadelphia Eagles won the Super Bowl. And, according to advertising expert Dr. Rama Yelkur, dean of the School of Business, Amazon won the Ad Bowl. 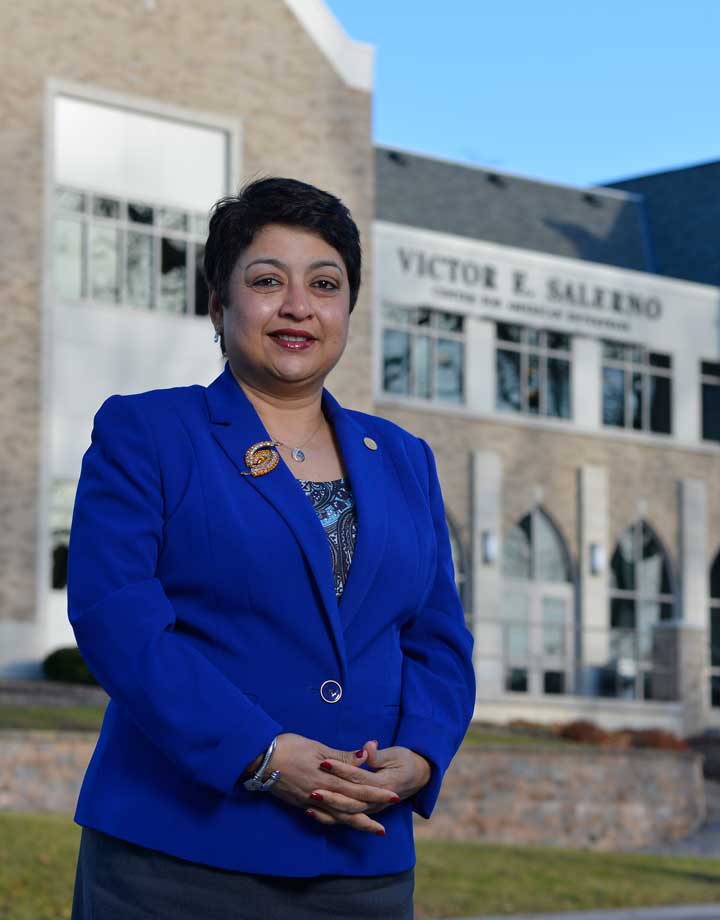 This year, the Philadelphia Eagles won the Super Bowl. And, according to advertising expert Dr. Rama Yelkur, dean of the School of Business, Amazon won the Ad Bowl.

“Humor was definitely a driving ingredient of all the top 10 liked commercials ranked by viewers in the USA Today’s Ad Meter ratings,” said Yelkur.

Yelkur has spent the last 20 years drawing up the game plan for Super Bowl ad success. Her research has uncovered five predictors for what will make an ad consistently popular among viewers today: humor, animals, product category (food versus non-food), product information, and music. According to Yelkur, the category an ad’s product falls into can also help predict likability.

When she came to Fisher, Yelkur brought her research with her, tapping faculty colleague Ron Sicker and student Ariel Daley ’17 to help with the efforts. Now in year two at the College, the team’s research includes real-time coding of each national advertisement aired during the game, marking these ads for the presence of each of the five predictors.

Sicker said the project offers several benefits, including the opportunity to engage students in scholarly research.

“We spent the whole class time on Monday the day after the Super bowl discussing ad appeals, ad likability scores, executional framework, and target market segmentation of the top 10 commercials and the bottom 10,” he said. “We wanted to compare the top with the bottom based on these factors.  The students had a very lively discussion regarding the ads and all had an opinion of what they liked and disliked and why.”

For Sicker, the three commercials promoting Tide—which included appeals of humor, celebrities, and animals—emerged as his favorite from the night.

Dailey, who graduated with marketing major and finance minor, is currently working on her MBA at Fisher. She said that participating on the research team has taught her the many ways to measure success in marketing efforts.

“While USA Today measures ad likeability, we are measuring recall and the relevant appeals, then we combine those factors to make a strong case for why a Super Bowl ad may or may not be effective,” she explained. “This is just one method, using three different measurements, to determine a commercials success. The effectiveness of marketing is determined in a variety of ways, and it is important to extract the key success factors of a campaign to obtain the best results moving forward.”

The Monday following the Super Bowl, the team conducted a day-after recall survey, looking to see which advertisements resonated well with audiences. Yelkur said it was no surprise that early results of the study show that the Amazon ad was the most recalled ad among the more than 800 survey respondents. Also making the cut as most memorable? Doritos Blaze versus Mountain Dew Ice’s hilarious lip-sync battle between “Game of Thrones” star Peter Dinklage and celebrated actor Morgan Freedman.

“It was a pleasant surprise,” Yelkur said, noting that the ad did not preview in advance as several others did. “It was funny and the celebrity/NFL stars added to this well done commercial.”