This spring, St. John Fisher College alumna Rebecca Delaney ’10 will band together with Dr. Mike Boller to strengthen the College’s connection to the Fast Forward Film Festival, which showcases environmental films made by Rochesterians. 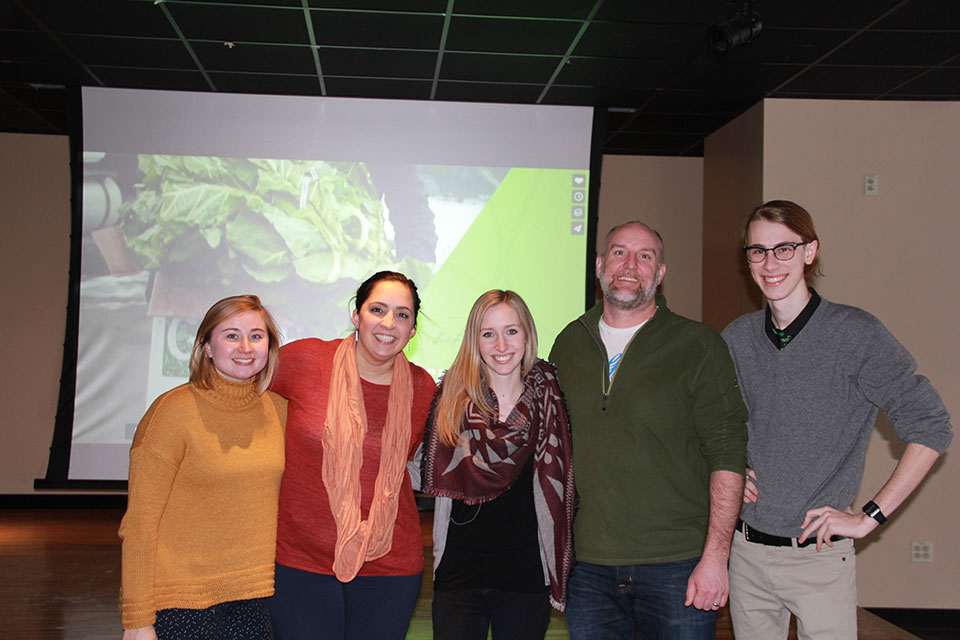 A graduate of the Department of Media and Communication, Delaney has served as director of the festival since its inception in 2015. Teaming up with founder Andy Stern, Delaney jumped at the chance to be a part of an initiative that paired storytelling with a social issue close to her heart.

“I loved the idea of bringing people together to give them a platform to tell a story about the environment and raise awareness of environmental issues locally,” she said.

Planning the festival also gave her the experience and push to launch her own cause-based marketing firm, The Cause Collaborative.

“I knew I needed to prove myself and build a case study of the work I believed I could do and get people behind a project and sustain it,” she said. “Now, we are close to working on 15 causes per year.”

The Cause Collaborative currently employs seven employees and interns, including Fisher students Rachelle Jaffarian ’18 and Claire Sauter ’18. And when it comes to the film festival, it’s all hands on deck.

Fisher has had past connections to the Festival—Dr. Tim Madigan, professor of philosophy, has served on its advisory board for four years and in 2017, the College hosted the first installment of the organization’s inaugural On the Road Earth Week Series.

This year, the College is serving as a festival sponsor, which Boller and Delaney hope will amplify the campus community’s involvement. The partnership includes encouraging members of the Fisher community to submit films to the festival, and plans are in the works for the College to host a “Best of” film screening after the festival’s initial run. Boller, who serves as director of the College's Center for Sustainability, said involvement in the festival also offers students the opportunity to network with environmentalists, government officials, conservationists, and other individuals interested in sustainability, bringing coursework from the classroom alive.

“I’m hoping to find ways to incorporate the festival into our curriculum,” Boller said, noting that he’s working with professors in the Department of Media and Communication to encourage budding filmmakers to partner with sustainability-minded students to create videos in the coming year. “I’m excited to bring this opportunity to campus and support the connection between art and sustainability.”

The deadline to submit films for the 2018 festival is Monday, Feb. 26.