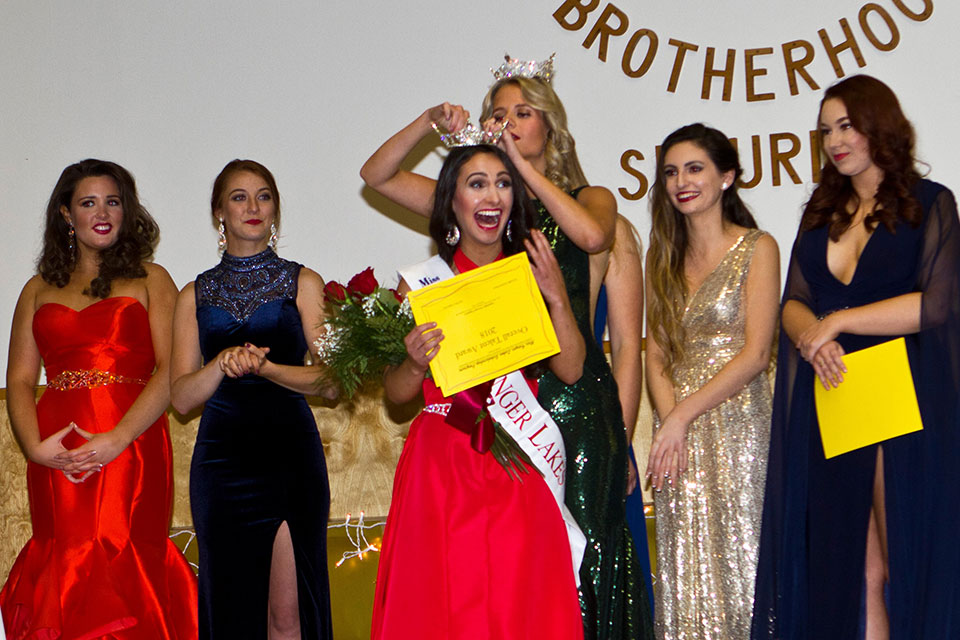 “The Miss America Organization has given me the confidence and skills to pursue leadership roles outside of the classroom,” she said. “I am honored to represent the region as Miss Finger Lakes 2018.”

A flautist for 14 years, she performed her arrangement of “The Carnival of Venice,” earning her a win in the talent portion of the pageant. She was awarded a $5,000 scholarship to the American Musical and Dramatic Academy in New York City. She plans to enroll in the Academy’s Performing Arts program after graduation. 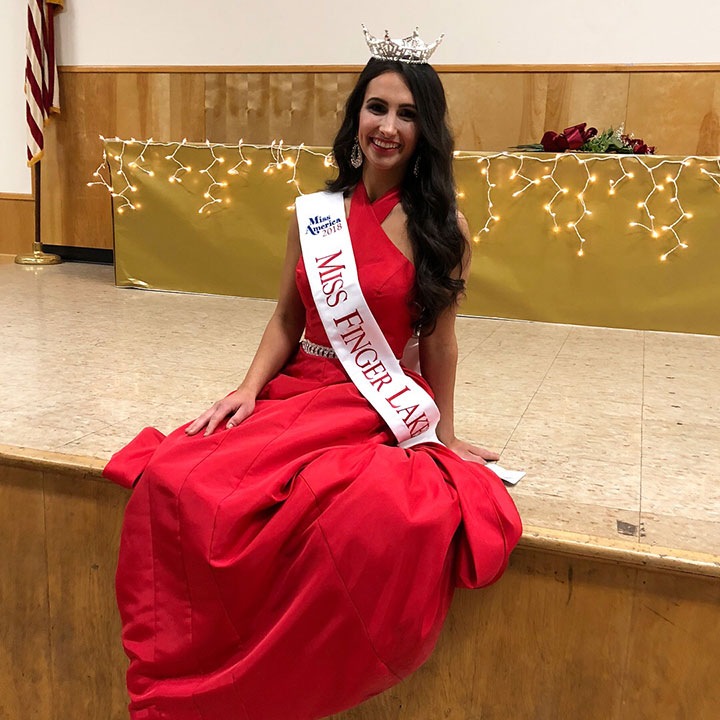 At Fisher, Russo majors in media and communication with a minor in Spanish. A member of the Dean’s List, she also serves as editor-in-chief of the Cardinal Courier, and hopes to pursue a career in broadcast or print journalism. She said her Fisher education has added tremendous value to her success in pageantry.

“My studies in media and communication have allowed me to address pressing issues in society related to social media and politics,” she explained. “In addition, my position as the editor-in-chief of the Cardinal Courier has taught me how to be an effective leader who is not just ready to represent the Finger Lakes Region or New York, but America as well.”

No stranger to the pageant circuit, in 2014, Russo was named Miss New York Teen through the National American Miss organization.