St. John Fisher College students had the opportunity to network with professionals from Major League Soccer and the NFL during the Sport Management Club's annual trip. 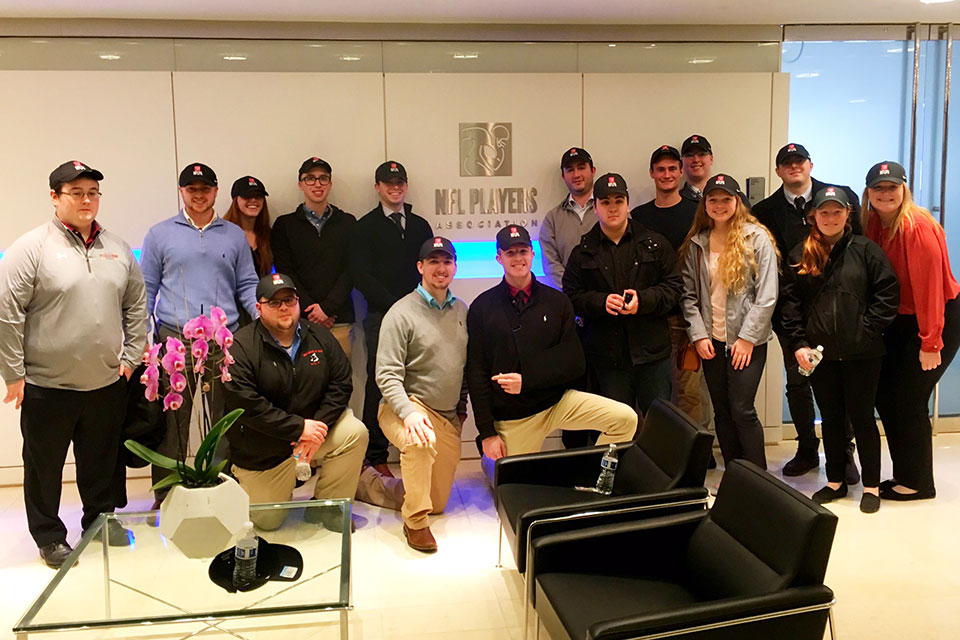 Sixteen members of the club, along with advisor Dr. Katharine Burakowski and Professor Patrick Gordon, travelled to Washington, D.C. in late February for four days of tours and networking.

The group met with sales team executives from D.C. United, a member of Major League Soccer’s Eastern Conference. They toured the Audi Field Preview Center and also took an augmented reality tour of the team’s new facility, set to open in July 2018. The executives shared their paths to working for the team and answered questions from the students.

In addition, they took in an NBA game between the Washington Wizards and Charlotte Hornets and watched the Buffalo Sabres take on the Washington Capitals for a night of hockey.