There aren’t many college athletes who can say they were there when it all started. But for David Cerqua and 17 fellow student-athletes, they’ll make history on Friday, Jan. 19, as the first team to play a match for the St. John Fisher College men’s volleyball team. 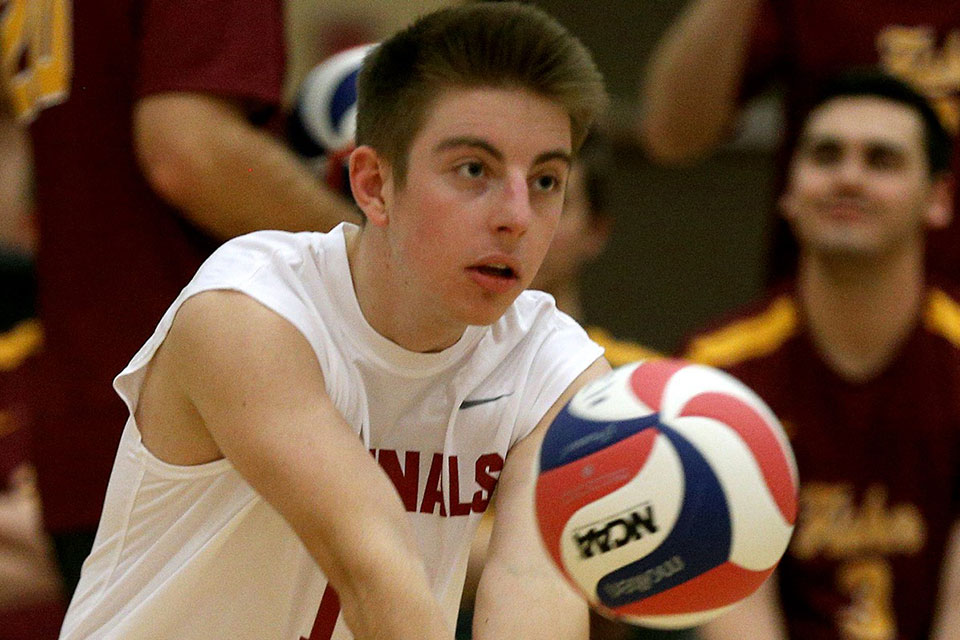 A freshman from Baldwinsville, New York, Cerqua was excited about the idea of being there for the start of a new program. A three-year member of his high school’s team, Cerqua was a two-time Section III Libero of the Year and member of the All Central New York Volleyball Team. At Fisher, he’s eager to elevate his game.

“The level of play has gone up a lot since high school and it makes the game of volleyball more fun,” he said. “As a team, we’re learning what it takes to compete at the collegiate level.”

Cerqua and his teammates are learning from a staff of veteran coaches, including Head Coach Kelly Greapentrog, who has served as the women’s volleyball coach since 2012, Associate Head Coach Stephen England, and Assistant Coach Thomas Kiesling.

For England, this inaugural year is about creating a positive and competitive learning environment for the student-athletes on the team.

“Our main focus is establishing a culture of players who are willing to work hard and are committed to learning how to play the game at a high level,” he explained.

England said the team is poised to grow and learn over the course of the five-month season.

“We are going to learn a lot about our character and team identity each week that passes,” he explained. “We have a great foundation, with a great group of student-athletes and staff.  Seeing how far we can push ourselves this first year excites me.”

For Cerqua, that means building skills and focusing on their goals.

“I expect us to compete for a United Volleyball Conference tournament bid,” he said.

“Our potential right now is unknown and I think that is the most exciting part of this season,” said Hackford, a highly touted freshman setter from Orchard Park, New York. “We can’t wait to play the first game and set the precedent of what our school’s volleyball program will be about for years to come.”

The Cardinals are set to compete in 30 matches during their inaugural season. They will start the season with the Cardinal Classic, hosting teams from Bard College, Wilkes University, D’Youville College, and Endicott College. Play begins at 6 p.m. and 8 p.m. on Friday, Jan. 19, and noon and 2 p.m. on Saturday, Jan. 20 in the Ralph C. Wilson, Jr. Athletic Center.

Stay up-to-date with all the latest news, scores, highlights, and more by following the Cardinals on Twitter and Instagram.