Lopez to Class of 2018: Embrace Goodness, Discipline, and Knowledge

“You are fully equipped to face life’s challenges.” That’s the message Dr. George Lopez gave the 700 undergraduate, master’s, and doctoral students who graduated from St. John Fisher College on Saturday, May 12. 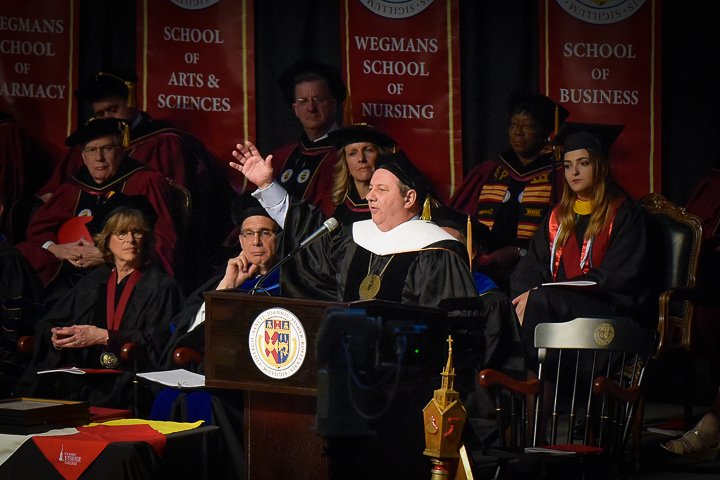 Lopez, a 1972 graduate of Fisher who has become a widely regarded expert in peace-building, delivered his remarks as the College’s 64th Commencement keynote speaker. The College also bestowed an Honorary Degree of Doctor of Humane Letters upon Lopez at the ceremony.

During his address, Lopez shared with the graduates how the College’s values of goodness, discipline, and knowledge can offer guidance when facing obstacles both personally and professionally.

“In my most deep difficult crises of searching at the policy level or other professional courses of action for what would be the right thing to do, or in facing personal crises, I never immediately thought about those virtues, but as I was coming out the other end of the dilemma, I often realized how much I relied on certain instincts and skills pushing me toward better goodness, internal discipline, and effective use of knowledge,” he said. “All of those things, at least for me, were nurtured and matured at Fisher.”

Lopez also spoke of how those values unite Fisher graduates in a shared experience.

“There are many ways—despite the nearly five decade gap in mine and your graduating classes—that there is a strong complementarity and continuity between us. That’s what goodness, discipline, and knowledge give us,” he said. “At Fisher, in different years and under different circumstances, you and I have learned discipline. Make good use of your version of it; you’ll see how incredibly valuable and versatile it is as life goes on.” 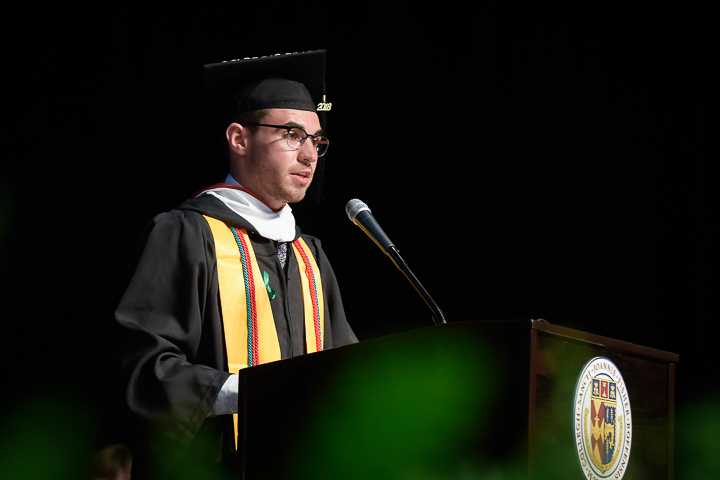 It’s a sentiment that Caelan Welch, president of the Class of 2018, also shared with his fellow graduates.

“When all is said and done, I would like to say that I have contributed to a more just and equitable world,” Welch said. “If your education here at Fisher was anything like mine, then I know you have a desire to leave this world a little bit better than you found it, and I have confidence that each of you will strive to do just that.”

He encouraged his fellow graduates to live the values espoused in the Fisher Creed as they embark on the next chapter of their lives.

“What parts of the Fisher Creed resonate the most with you and the changes you see in yourself? For me, it was respect, diversity, and open-mindedness,” he said. “They bring together the idea that we will face many things in life that are new, different, and unfamiliar but we should be open to them; that some ideas and beliefs may be alien to us but important to other people and cultures so we should respect them; and that throughout life we will encounter a variety of cultural backgrounds and life experiences different from our own but recognize that with diversity comes strength.” 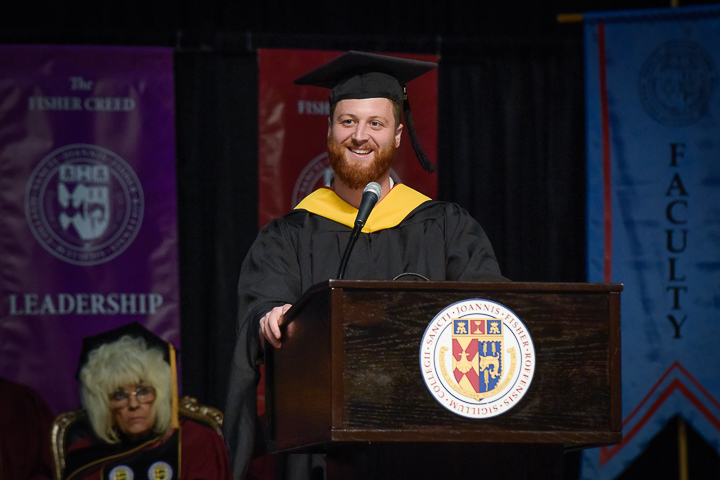 Andrew Bellush, who graduated with a master’s in mental health counseling, delivered remarks on behalf of master’s and doctoral students, imploring his fellow graduates to remember that in obtaining their degrees, they were capable enough and powerful enough to reach their goals.

“This graduate degree, to me, is your word. You said you were going to do something. Then you did it. It’s as simple and as raw as that,” he said. “To take a wish or a dream, or a promise, and to see it physically manifest, to DO IT all the way until it is done is mystifying. It’s a miracle.”

Graduating senior Claire Sauter, a media management major, was the recipient of the Distinguished Scholar Award, which is given to the graduating senior with the highest cumulative GPA based on at least 100 credit hours. Over her four years at Fisher, Sauter achieved a 4.0 GPA. Amanda Wager, a nursing major, earned the Ranking Scholar Award, having earned the highest cumulative GPA regardless of the number of graded credits earned at Fisher.

Outgoing Board of Trustees chairman Martin K. Birmingham also received an Honorary Degree of Doctor of Humane Letters for his dedication and commitment to the College as a member of the Board for the last 17 years. As Birmingham’s father also served as Board Chairman and received an honorary degree in 1988, he is now the first second-generation Board Chair to be given such recognition.

During the ceremony, President Gerard J. Rooney presented two President’s Medals. Holli Budd, executive director of the Max and Marian Farash Charitable Foundation, received a medal in recognition of her stewardship of one of upstate New York’s largest private foundations for the last seven years. The Very Rev. George T. Smith, CSB, Superior General of the Congregation of St. Basil, was honored for his leadership of the congregation. 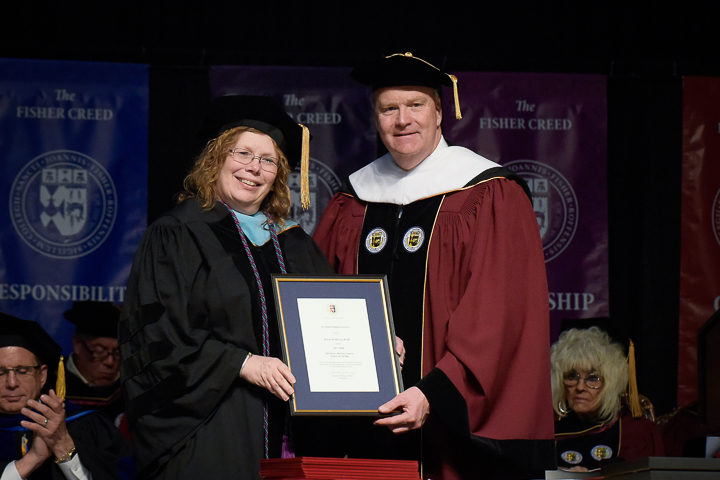 Dr. Susan Schultz, associate professor in the Ralph C. Wilson, Jr. School of Education, received the Trustees’ Award for Distinguished Scholarly Achievement. This award is the highest honor that the Board of Trustees can bestow on a faculty member, second only to an honorary degree. It is given to full-time faculty members in recognition of outstanding scholarly work, ranging from writing books and articles, to presenting papers at professional conferences.

Schultz joined the School of Education faculty in 2005; she teaches graduate and undergraduate classes, and has served as a dissertation chair or committee member for 15 doctoral students.

She is the associate editor and author mentor for Rural Special Education Quarterly. She has also served as a peer reviewer for several other publishers and journals, and herself has written more than 25 peer-reviewed publications. A member of several professional organizations, Schultz is called upon regularly to present at local, state, national, and international conferences to share her expertise and experience.

This year, the Award for Teaching Excellence was given to Dr. Kathleen Donovan, assistant professor of political science, and Dr. Michael Robinson, visiting assistant professor and site director of Fisher’s Executive Leadership Doctoral Program in Syracuse. Chosen by students, the award is given annually to full-time faculty members for outstanding work in the classroom. Award recipients must demonstrate thorough knowledge of their subject matter, solid preparation for class, clear and effective communication, and genuine enthusiasm for their job.

In closing out the ceremony, Rooney offered parting advice to the Class of 2018.

“Your accomplishments and your spirit have helped make Fisher the special place that it is,” he said. “Just as your personal communities contributed to your success, it is now up to you to engage with new and different communities and contribute to their success.” 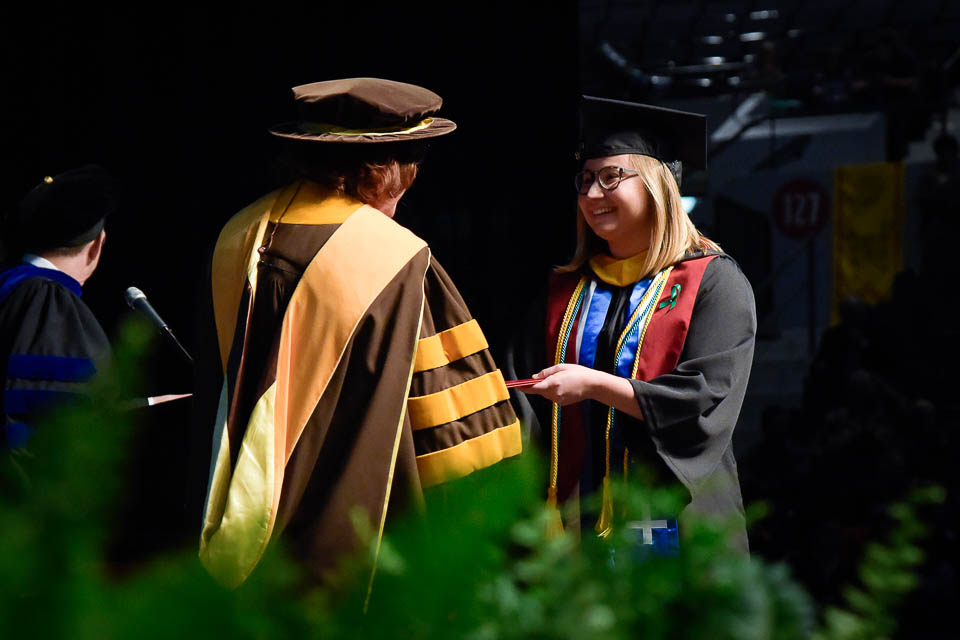 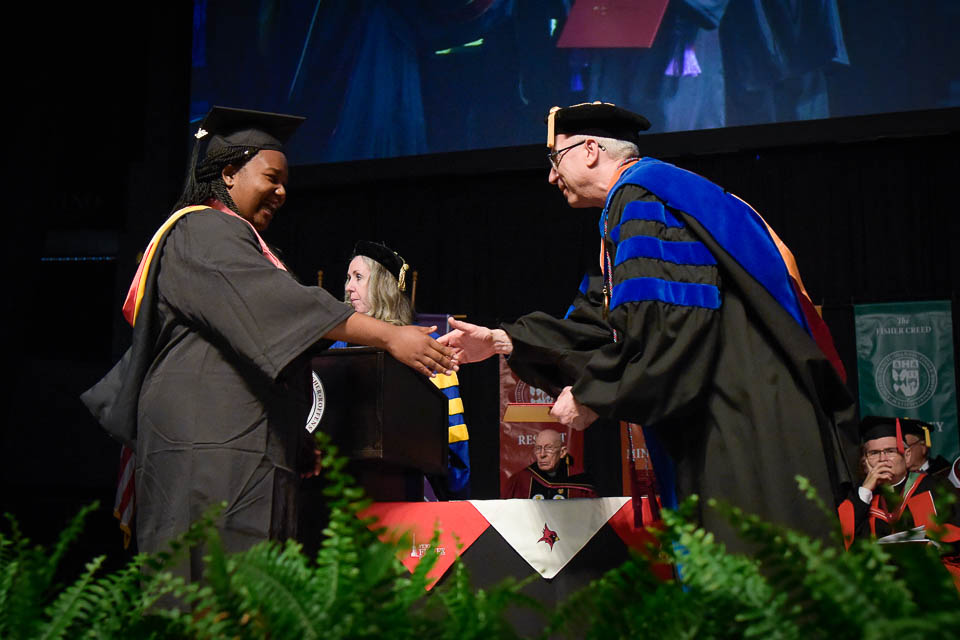 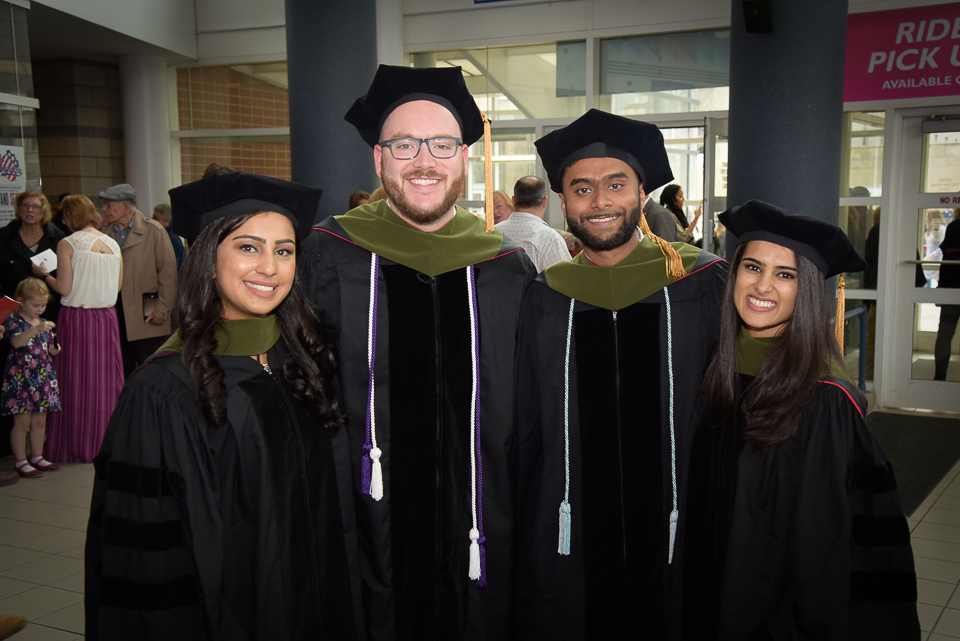 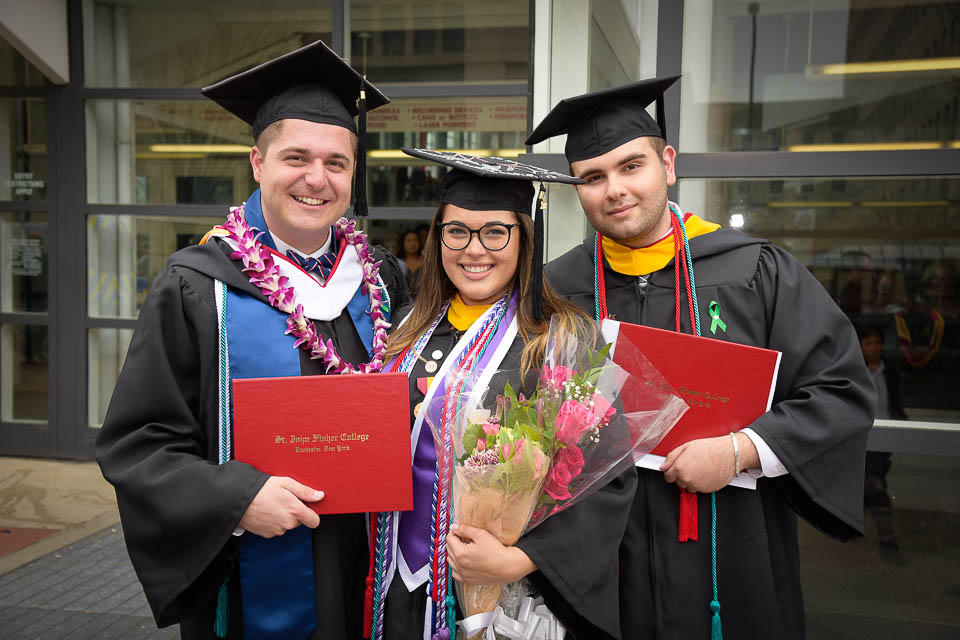 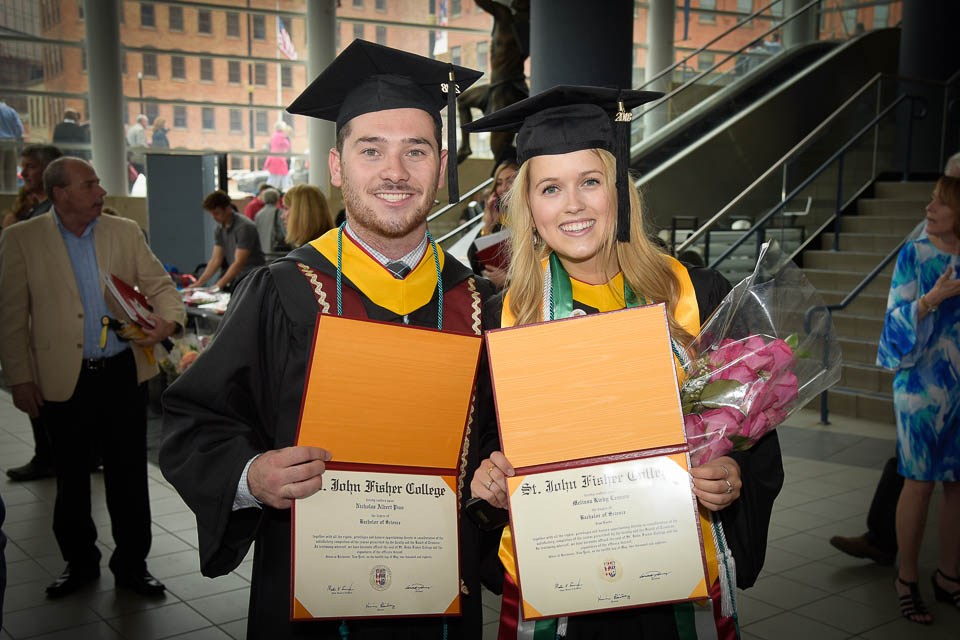