On Friday, May 12, the St. John Fisher College Ralph C. Wilson, Jr. School of Education hosted a hooding and awards ceremony for 14 candidates in the Doctoral Program in Executive Leadership. 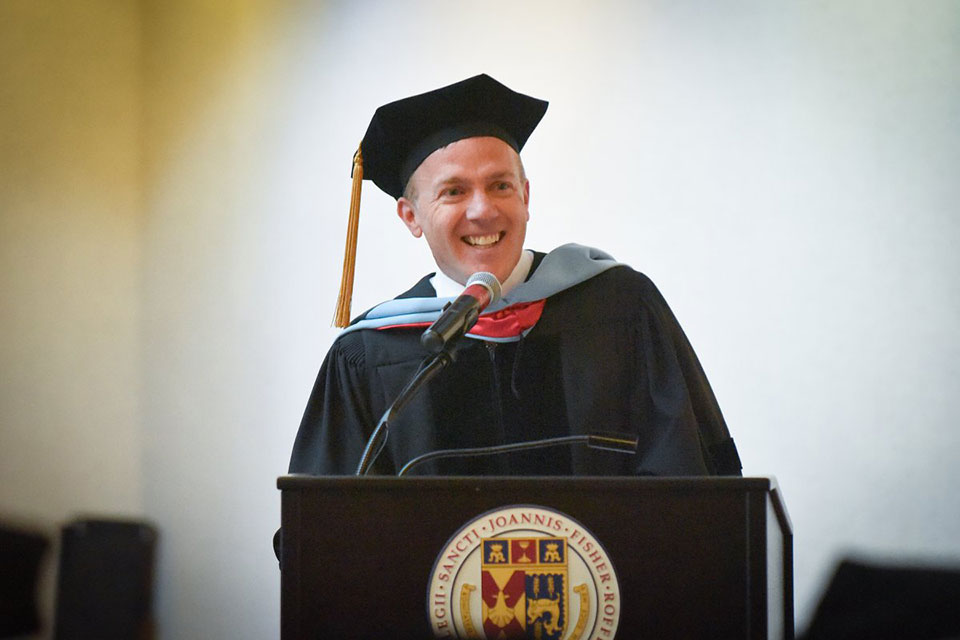 During the ceremony, Dr. Michael Wischnowski, dean of the School, delivered opening remarks, and together with dissertation chairs, committee members, and advisors, performed the hooding.

Doctoral candidate Terrance McCarthy offered remarks on behalf of his fellow graduates. McCarthy currently serves as the director of humanities for the Webster Central School District, where he oversees the K-12 ELA, Social Studies, English as a New Language, and World Languages Departments. He also serves on the boards of a number of professional organizations, including as vice president of the New York State Social Studies Supervisory Association and co-treasurer of the New York chapter of the National Association of Multicultural Education.

View photos from the ceremony on Fisher’s Facebook page. 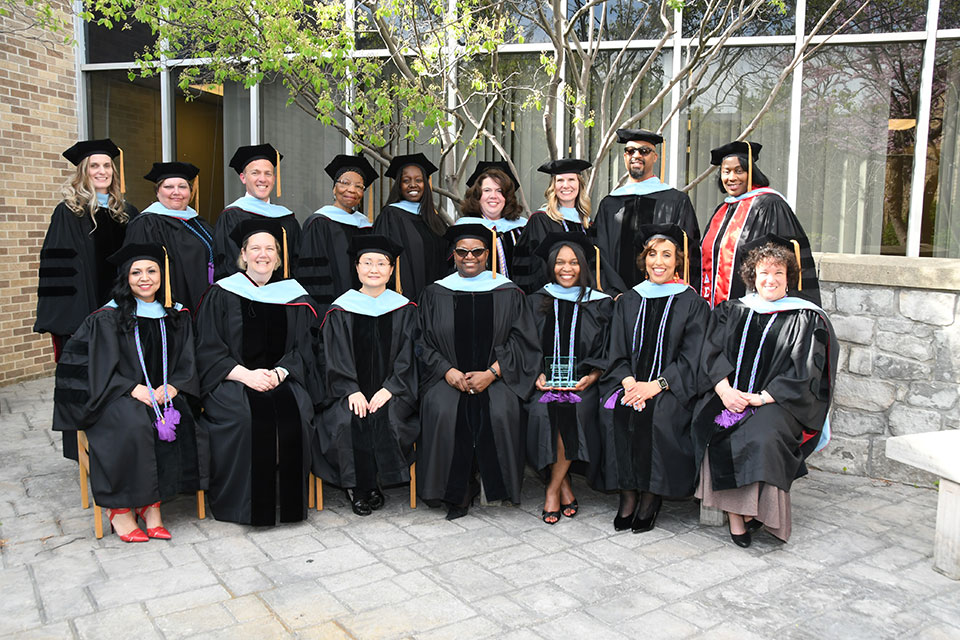