The St. John Fisher College Athletics Department held its annual Senior Student-Athlete Awards Banquet on Friday, May 4, at the Woodcliff Hotel and Spa. 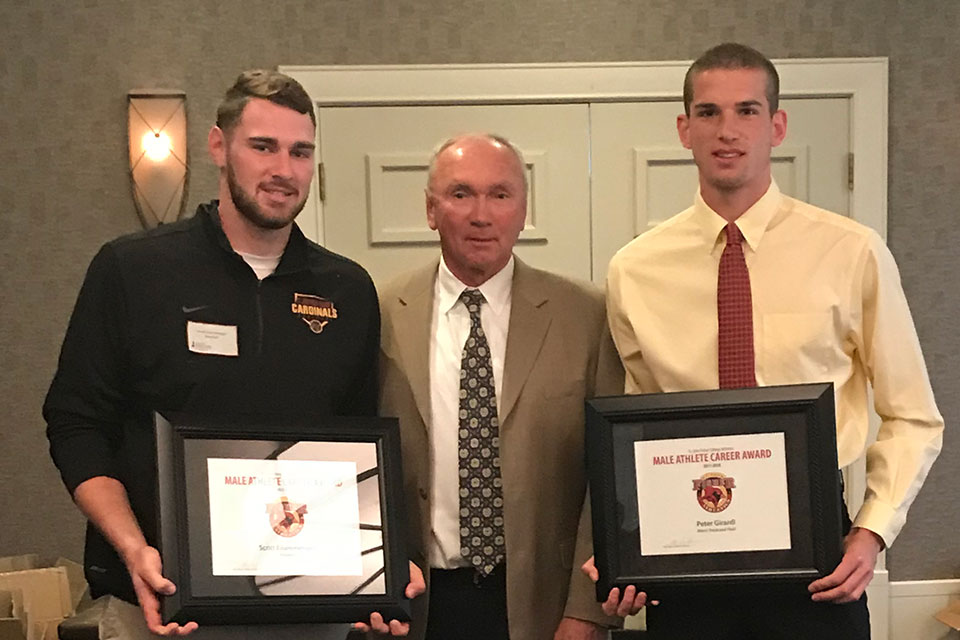 Each of the student-athletes were given a framed Fisher Athletics logo in the form of a varsity letter with a plaque displaying their sport and the years they participated. Fourteen seniors were recognized for community service, academic success, career achievement, perseverance, and excellence in more than one sport.

The Ralph Montemalo ’89 Award was given to TJ VanDeusen (men’s lacrosse) and Katie Mazierski (women’s volleyball and softball) received the Dual Threat Award. 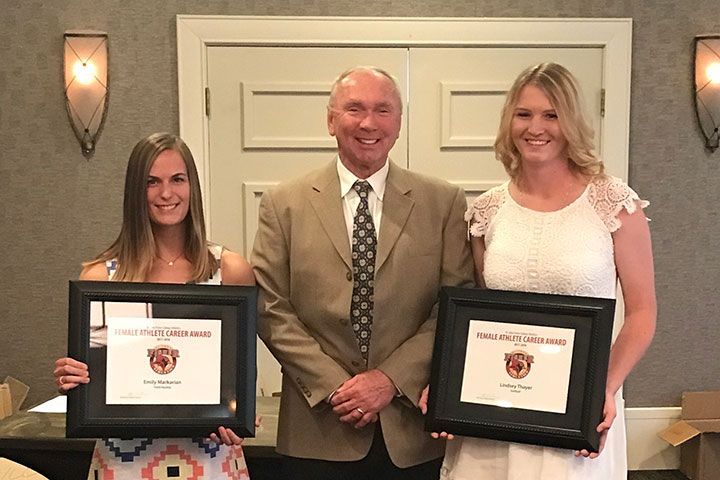 The Male Career Athlete Award was given to Scott Eisenmenger (baseball) and Peter Girardi (men’s track and field), while the Female Athlete Career Award was given to Emily Markarian (field hockey) and Lindsey Thayer (softball) (pictured above and right with Athletic Director Bob Ward).

The Community Champion Award, sponsored by Taylor the Builders, was given to Samantha Hyde (field hockey). David Carroll (football) was honored with the Senior Leadership Award.