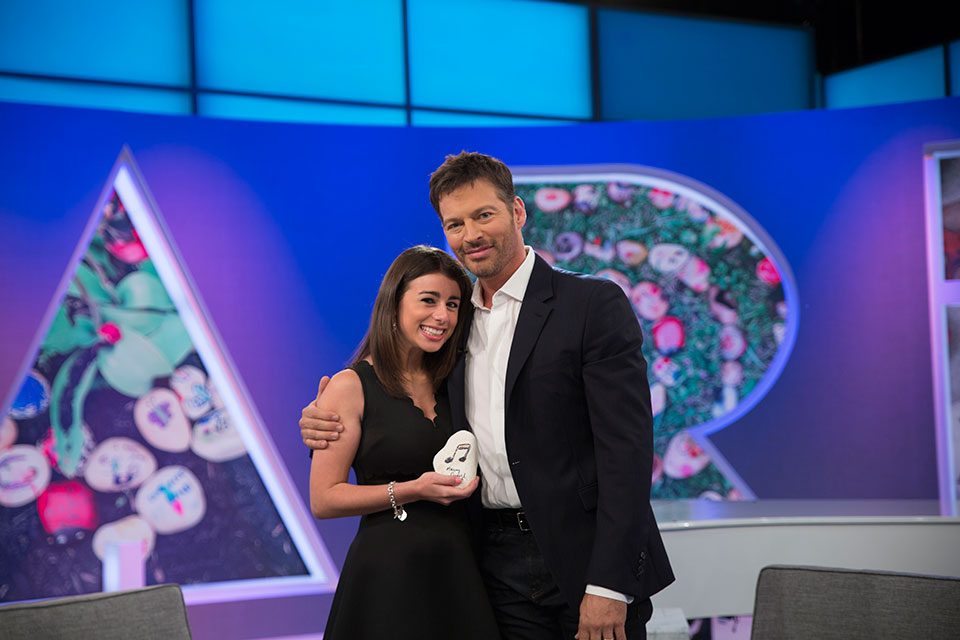 The episode of “Harry” featuring Zappia will air from 2 to 3 p.m. on Tuesday, April 3, on WHEC Ch. 10, Rochester’s NBC affiliate. The College is hosting a watch party in Wilson Formal Lounge beginning at 1:45 p.m. to celebrate her appearance on the show.

Zappia launched Rocks of Unity in early 2017 in her hometown of Buffalo, New York, and brought the concept to Fisher in spring 2017. The execution of Rocks of Unity is simple, but powerful. Drawing on lessons learned as an education major at Fisher, Zappia created a small group exercise, leading students through a discussion of their differences, but recognition that those differences don’t make a person superior or inferior to another. She then has students paint a garden rock in a way that represents themselves, and the rocks are made into a garden or display. At Fisher, more than 700 rocks were installed on panels outside of Lavery Library, speaking to the diverse values of the College community.

“To be a guest on Harry Connick Jr.’s show was such an honor,” Zappia said. “He truly embodies everything Rocks of Unity™ stands for: kindness, acceptance, and positivity. This segment has changed my life, and I can't wait to share it with the campus.”