The Upsilon Rho chapter of the Beta Beta Beta Biological Honor Society held its 2018 Induction Ceremony on Wednesday, March 28. The event included a welcome from the chair of the Biology Department, Dr. Daryl Hurd, and an introduction by the chapter advisor, Dr. Noveera Ahmed. 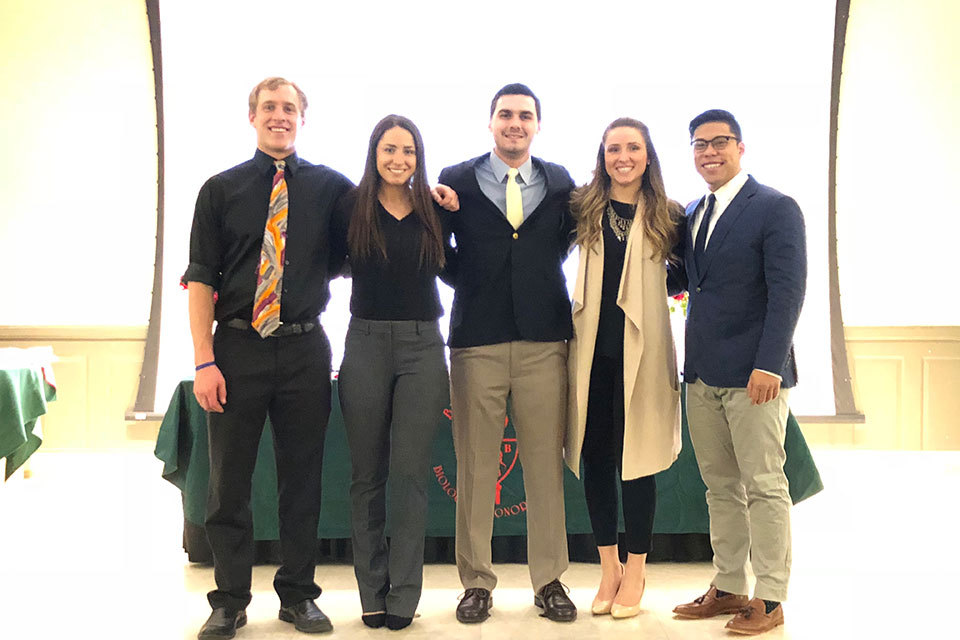 The ceremony also highlighted the achievements of the chapter members over the last year. These include: