Marketing expert Dr. Rama Yelkur, dean of the School of Business at St. John Fisher College, predicted that ads with humor and girl power would emerge as themes during Super Bowl LIII. And, with Disney promoting Captain Marvel and the NFL’s “Fumble” ad celebrating the league’s 100th anniversary, Yelkur would say this year’s ads delivered on her forecast. 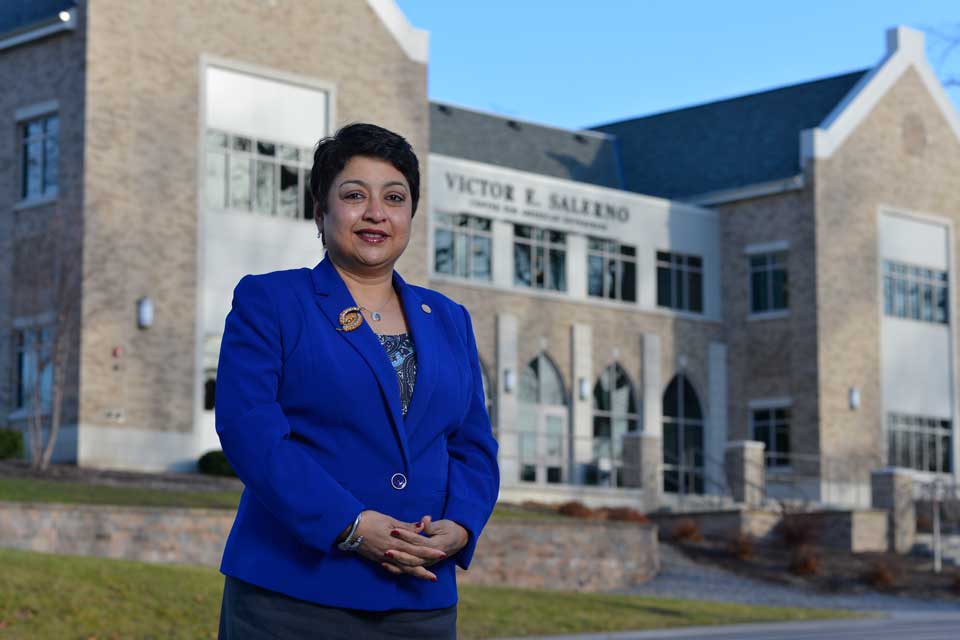 Yelkur has spent the last 20 years drawing up the game plan for Super Bowl ad success. Her research has uncovered five predictors for what will make an ad consistently popular and memorable among viewers today: humor, animals, product category (food versus non-food), product information, and music.

“Overall, what endures is humor, especially when viewers anticipate something and then are surprised. When a commercial’s ending is not only unexpected but funny, it results in a greater recall of those ads,” she explained. “Super Bowl commercials were more inclusive this year.  They were funny, featured some interesting celebrities, and had some very powerful messages.”

During the game, Yelkur continued her research efforts in real-time, working alongside students and faculty colleague Ron Sicker to code national ads against a scale and mark the presence of each predictor. After the game, Yelkur, Sicker, and the students analyzed the data and looked for any emerging themes and predictors, and compared those to the commercials included on USA Today’s Ad Meter.

Among her favorites this year (which also found spots on the Ad Meter) were Microsoft’s “We All Win;” Amazon Alexa’s “Not Everything Makes the Cut;” and the spot promoting Pepsi’s new beverage, Bubly, featuring Michael Bublé. She also gave high marks to “The Elevator” by Hyundai with Jason Bateman and “Bad Passengers” with Christina Aguilera for M&M Crunch Bar, and noted that Google’s ads had very cool messaging.

The idea for Yelkur’s research began in the late 1990s when she was teaching a course on promotions at the University of Wisconsin, Eau Claire. She tasked her students with watching the game to see if there were common characteristics in ads that could predict likeability. In 2001, she co-published her first study on the topic in the Journal of Marketing Communications. Ten years later, she co-wrote a follow-up study, which was published in the same journal. Beyond likability, Yelkur also explored the return on investment for Super Bowl advertising. This was her third year conducting this ad study at Fisher.