Laughs, Love, and Raffles at the Sixth Annual Gilda’s Cup 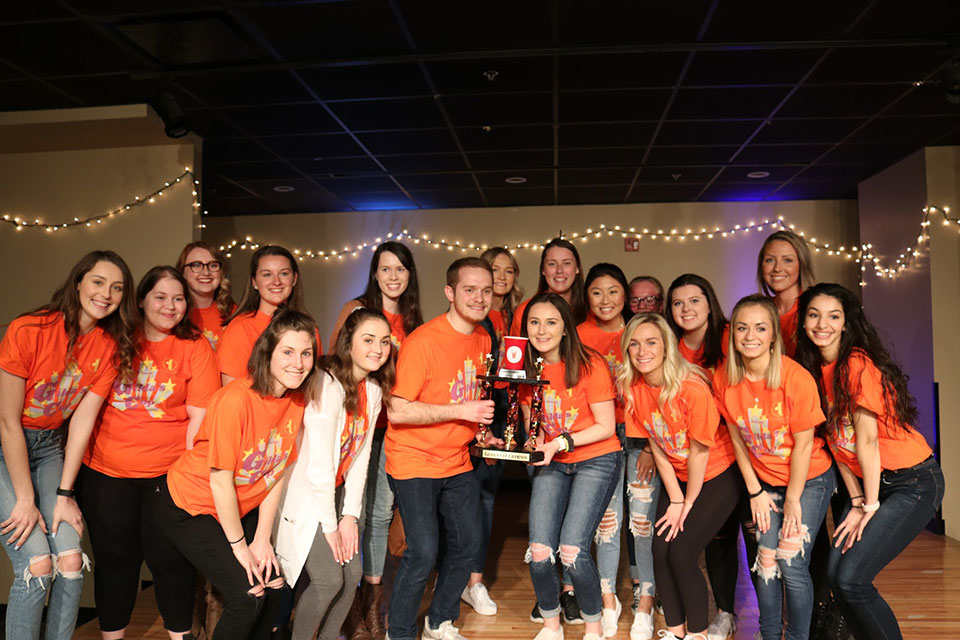 The event was as successful as ever this year with fundraising and media coverage. Through donations, raffles, and ticket sales, the PRIMA Group raised $2,400, beating their goal of $2,100.

The competition was comprised of five collegiate teams from New York State, including teams from Buffalo, Rochester, Syracuse, and Oswego. Each team had their own games and skits, and were judged by a panel of improv professionals. For the first time in the event’s history, there was a tie with Friday Night Live from Buffalo State and In Between the Lines from University of Rochester, sharing the glory on stage.

The event took place in front of a full house in the Campus Center Mainstage. In addition to the competition, there was a raffle with dozens of prizes from gift cards to overnight hotel stays.

“It was a fun night with a lot of laughs, but most importantly it raised funds and awareness for cancer and the Gilda’s Club of Rochester,” said Murray, who was one of the event organizers.

The PRIMA Group received a lot of positive feedback from Gilda’s CEO, Melinda Merante, and everyone involved is excited to start preparing for the seventh annual competition next year.

“Raising awareness and funds for those affected by cancer is very close to my heart and I am so proud of my team and the success of this event,” said Foley.

This article was written by Chris Murray. A senior majoring in media and communication with a minor in management, Murray is an intern with the College’s Office of Marketing and Communications.