As the fall semester approaches, Fisher students are hard at work, preparing for their best performances, both in the classroom and on the field. With men’s and women’s sports teams gearing up for fall competition, it’s time to take out your calendars and save the dates for what could be some of Fisher’s most impressive matches. 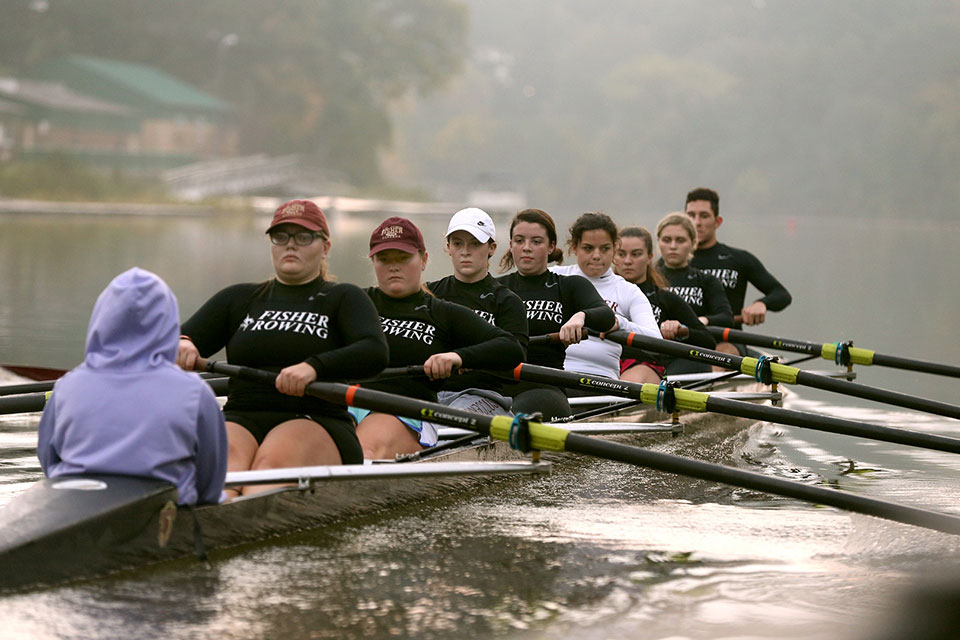 The Cardinals, who are coming off their strongest season in recent memory after accumulating nine wins in 2017, will begin the year at The College at Brockport before diving into Empire 8 action with their first home game. The team is set to compete in 11 matches overall including four at Mendon Racquet and Pool Club.

Home Opener: 1 p.m. on Sept. 8, against Elmira College, at the Mendon Racquet and Pool Club

Both the men and women’s cross country teams will compete in eight meets throughout the season, with the overall goal of punching their ticket to the NCAA Regional and National championship tournaments.

With 34 wins and a pair of postseason appearances to its credit over the last two seasons, the St. John Fisher College field hockey team will look to build upon its reputation in 2018 as the team has released its schedule for the upcoming season. The Cardinals will play in 18 contests overall including six on the turf inside Growney Stadium.

The women’s volleyball team, which is coming off its best season in nearly 20 years, are set to compete in 32 matches overall including nine inside Manning and Napier Varsity Gymnasium.

Home Opener: 6 p.m. on Sept. 14, against Fredonia, at Manning and Napier Varsity Gym

The women’s soccer team is gearing up for the 2018 season, which includes 17 games, seven of which will be played on the pitch inside Growney Stadium.

Home Opener: 7 p.m. on Sept. 6, against the College at Brockport at Growney Stadium

The men’s soccer team will enjoy its 56th season as the Cardinals play in 16 contests overall including six inside Growney Stadium. Head coach Rob Searl’s squad gets the ball rolling at crosstown rival R.I.T before opening the home portion of the docket against the University of Rochester.

Home Opener: 1 p.m. on Sept. 2, against the University of Rochester at Growney Stadium

Both the football and cheerleading squads will be back in action, with an exciting, competitive line-up for the 2018 season. Purchase season or individual game tickets by contacting Sean Farnsworth at (585) 385-8421 or sfarnsworth@sjfc.edu.

Home Opener: 1 p.m. on Sept. 1, against Washington and Jefferson College at Growney Stadium

SAVE THE DATE: Courage Bowl XIV is scheduled for 6 p.m. on Sept. 29, at the College at Brockport

After serving as head coach in a part-time capacity for the last 18 years, Bob Simms will begin the 2018-2019 golf seasons with full-time status, guiding the two programs to even greater heights. Under Simms’ direction, the men’s golf program has grown into a national powerhouse and in 2018, Fisher was one of just 18 teams to make the cut to the NCAA Division III Men's Golf Championship. On the women’s side, Fisher has continued to improve and finished third overall in the Empire 8 Championship this past April.

Stay tuned for schedule announcements for both teams.

Heading into its eighth season, the rowing program continue to make strides as the men’s and women’s teams regularly compete in some of the top regattas in the nation. Last season, the Cardinals had their strongest showing yet, capturing two Liberty League Championships.

Stay up-to-date with the latest news, scheduled, scores and more by following Fisher Athletics on Twitter and Instagram.