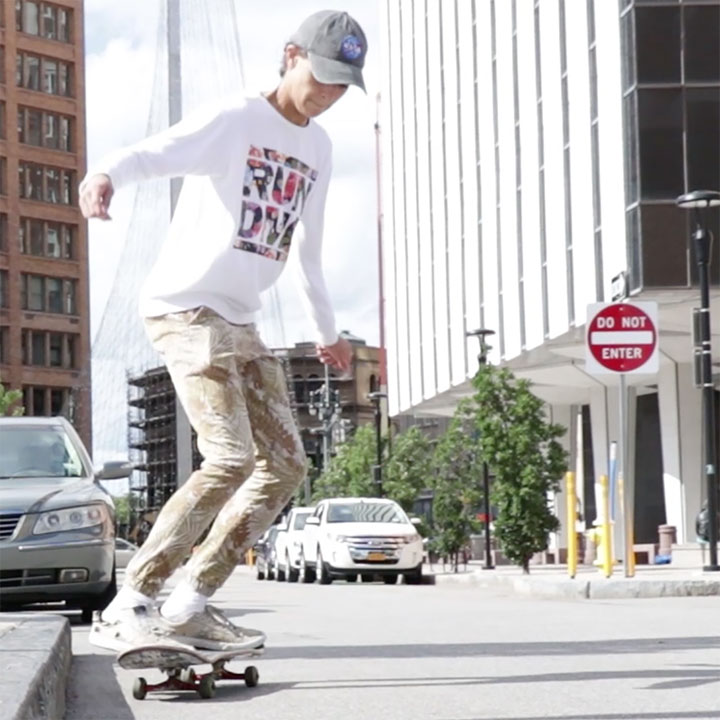 The film festival, which is free and open to the public, begins at 7 p.m. on Monday, Sept. 17, at The Little Theatre (theater five). A question and answer session with student filmmakers will follow the screenings.

The videos include short films, documentaries, and television pilots, and include the best work of Fisher students studying media and communication or film and television studies. Comedic crime TV pilot “Who Knows?” was produced by students in the advanced television production class; “Why We Push,” a documentary about skateboarding culture in Rochester, was created by recent graduate Nate Sengillo for his senior project; and “Chanceless the Rapper,” a short narrative about an unlikely twenty-something online rap artist, was a standout film in the introductory video production class.

“The work we’re exhibiting at the Fringe Festival demonstrates our students’ proficiency and versatility in production, technology, and—most importantly—storytelling,” said Dr. Todd Sodano, associate professor of media and communication and director of the film and television studies minor.

The department offers three majors: media and communication, media management, and interactive media, while the English Department offers a minor in film and television studies.  These courses of study allow students to study television history, film analysis, and media theory, along with introductory and advanced courses in narrative and documentary production, screenwriting, and cinematography.

Since its debut in 2012, the KeyBank Rochester Fringe Festival has become one of the most successful fringe festivals in the U.S., attracting more than 78,000 attendees in 2017. Now an 11-day event, this multi-arts festival boasts over 500 performances and events—more than a quarter of which are free—in 25+ venues in downtown Rochester, New York. Visit rochesterfringe.com for a complete schedule, tickets, and more information.