For Alyssa Whitley ’19, arriving at St. John Fisher College as a transfer student meant finding her niche while learning the ropes of a new college campus. 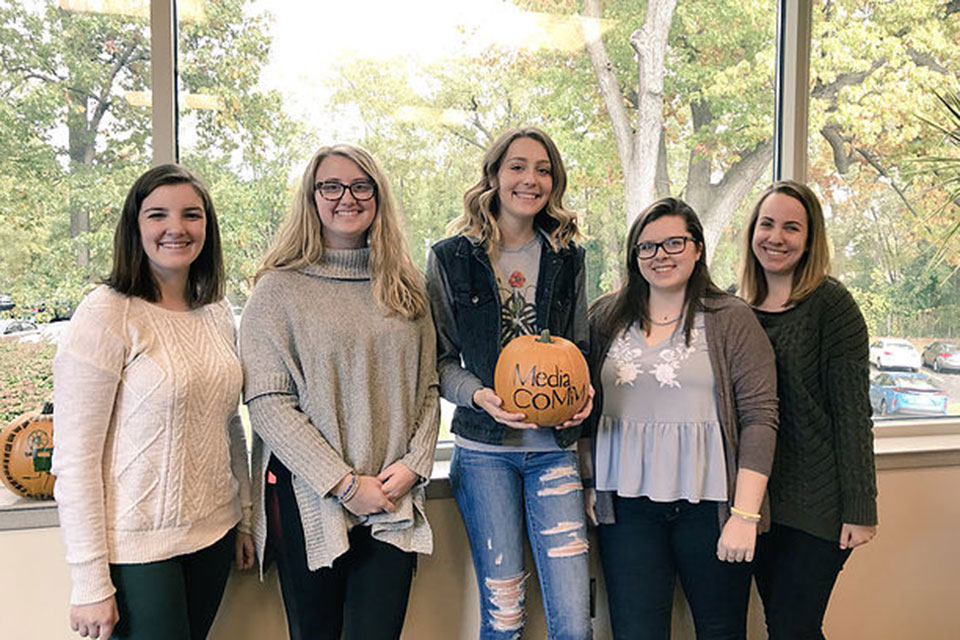 Whitley, who came from Monroe Community College (MCC) through the 2+2 program, was excited to join Fisher’s close-knit community. While not too far from her hometown of Chili, New York, Whitley opted to live on campus her first year as a Cardinal.

“I wanted to fully immerse myself in the Fisher community,” she explained. “I was housed on a floor with all of the other transfer students and this is where I met my core group of friends.”

Whitley also became an active member of the student organizations related to her media management major, joining Fisher’s chapter of the Public Relations Society of America (PRSSA) and The PRIMA Group, a student-run, full-service public relations and advertising firm.

“Being involved on campus was something that I really enjoyed at MCC and I knew I wanted to be involved at Fisher, too,” Whitley said. “I joined The PRIMA Group and PRSSA my first semester as a general member and haven’t looked back.”

This coming academic year, Whitley will move from general member to leading PRSSA, including heading to Austin, Texas, for the organization’s national conference. She’ll also serve as director of public relations and marketing for The PRIMA Group, and will be the account executive for one of their clients, Gilda’s Club of Rochester, helping to coordinate an annual comedy show that raises money for the nonprofit.

With graduation just two semesters away, Whitley said involvement in these two clubs has reinforced her aspirations to be a public relations practitioner and has helped hone the skills needed to be successful in her chosen field. And, she encourages incoming transfer students to get involved as well.

“Go the extra mile and say yes to every opportunity,” she said. “At the end of your college career, everyone competing for that job is going to have a degree. Be curious and passionate enough to take advantage of all Fisher has to offer so you can stand out.”