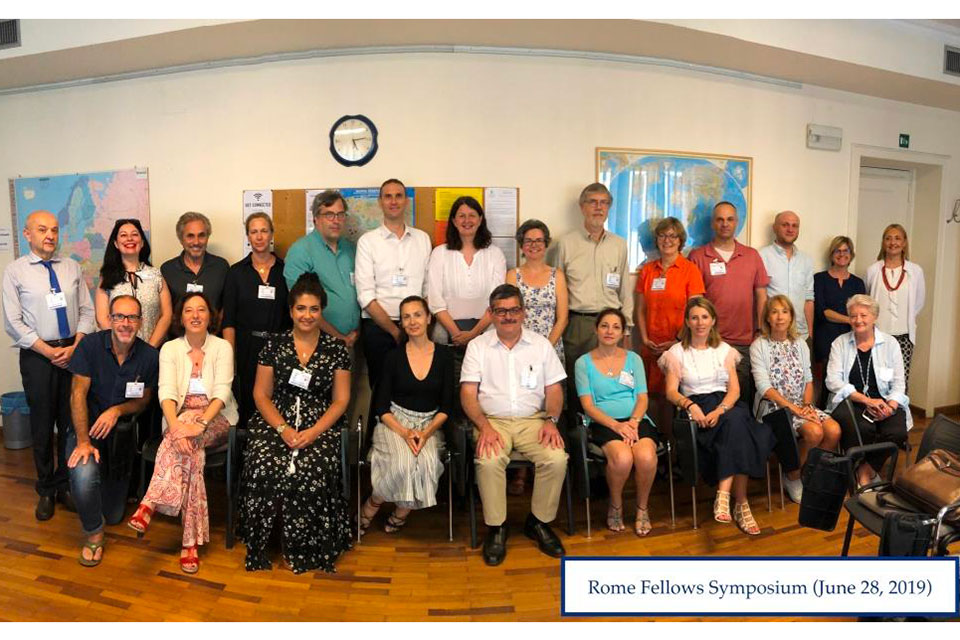 The goal of the fellowship program is to create stronger relationships between the University and its partners, provide avenues for collaborative faculty research efforts, and, in the long-term, investigate possible students and faculty exchanges between institutions.

While in Rome, Swiencicki, Lowe, and Plutino Calabrese conducted research and developed a paper titled, “The Civic Landscape of Moral Imagination: Public Space, Fascism, and Contemporary Rome.” Their research served as a comparative and global analysis of anti-racist reparative civic practices happening across Europe. The team focused on Rome because of the unfolding debates surrounding Fascist symbols of the 1940s that still stand today and the public discourse about them. While in Rome, they were able to meet with staff members from the Office of the Mayor of Rome, as well as Dr. Claudio Procaccia, director of the Department of Jewish Culture for the Jewish Community of Rome.

Dotolo’s research produced the paper, “The Political Philosophy of Cardinal Ercole Consalvi: Principles and Practical Problems.” While in Rome, he examined the papers of Consalvi, who served as Secretary of State for the Papel States from 1800-1806 and 1814-1823. His focus was on the political philosophies that motivated Consalvi’s political and economic reforms post-1814.

“The Richmond University Fellowship in Rome, Italy was a fertile and rich experience; an amazing opportunity to conduct research and a delightful symposium,” said Plutino Calabrese. “We are grateful to Richmond University and AIFS for their generous support, for launching and organizing the program, and to all the summer fellows that we had the privilege to getting to know.”