For over 20 years, incoming first-year students have signed the Fisher Creed as part of the annual Matriculation Ceremony, officially marking the end of their Orientation and the beginning of their student journey. But this fall, throughout the final week of classes, first-year students participated in new Creed signing ceremonies while also reflecting on what they have learned in their first semester at Fisher. 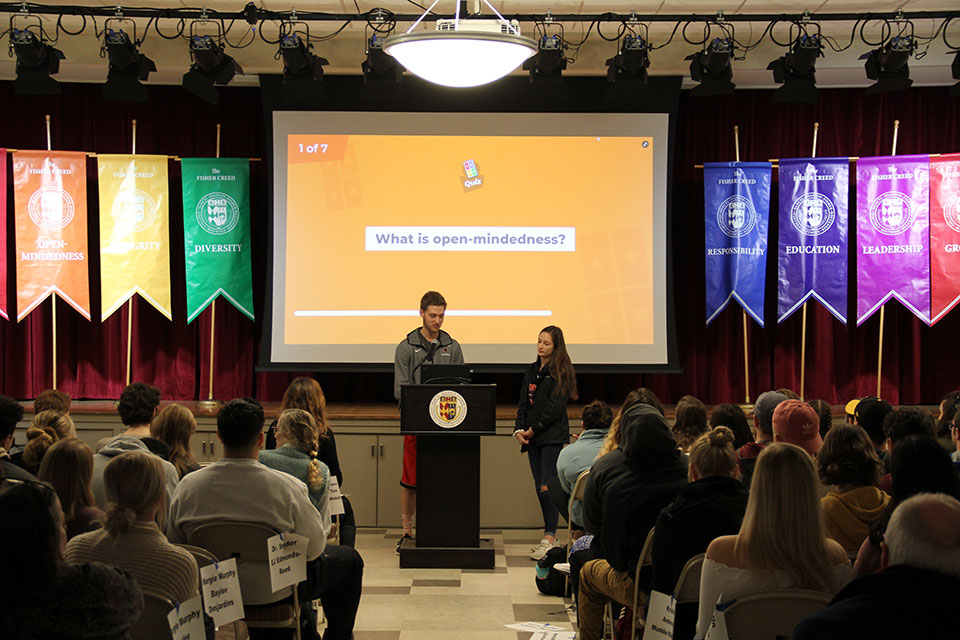 “The Fisher Creed signing has always been a significant event for each Fisher student.  This year, the signing occurred at the end of the semester after the students learned about the Creed throughout the first-year seminar by attending events and engaging in discussions in class,” said Dr. Michelle Erklenz-Watts, director of academic student support.

As part of the first-year seminar curriculum, each class was assigned a word from the Creed for their final, which they presented during the ceremonies.  The presentations ranged from unique songs to PowerPoint presentations to a cleverly produced lip syncing video set to Dolly Parton’s hit, “Responsibility,” to a live Kahoot quiz asking peers what they learned about the Creed.  Erklenz-Watts felt that the new format gave a different energy to the ceremony. 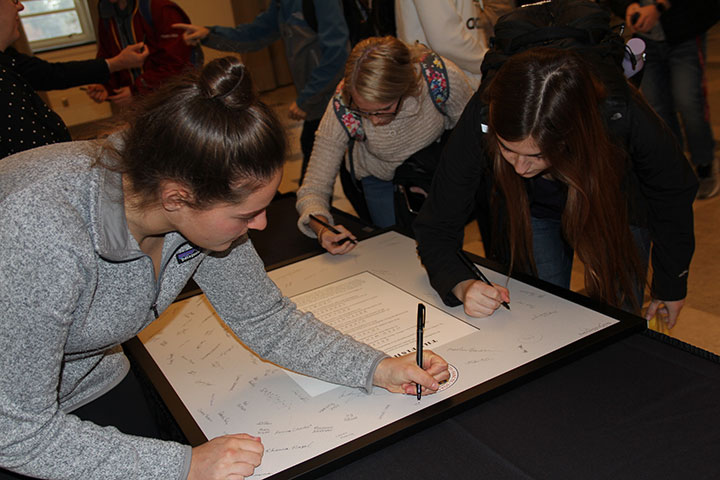 “Each student knew what they were signing and had a new level of commitment to living the values of the Creed.  I was thrilled with the support the first-year advisors and peer mentors gave to the students throughout the semester to lead them to this moment.  It was clear that the students know the Creed and identified with it as something that will guide their Fisher experience and beyond,” she said.

“By allowing the students to examine the Creed throughout the semester, they were able to gain a greater understanding of how it affects the Fisher community and the importance of establishing these values. They now see what it means to be a Fisher student and learned how they can use those values in their everyday lives. You could see how much they learned through the presentations they shared,” she said.

Provost Kevin Railey offered remarks to each member of the Class of 2023 during the ceremonies, and said that the College’s hope with this change was that the Creed would become the lived values that shape their interactions as members of the Fisher community. 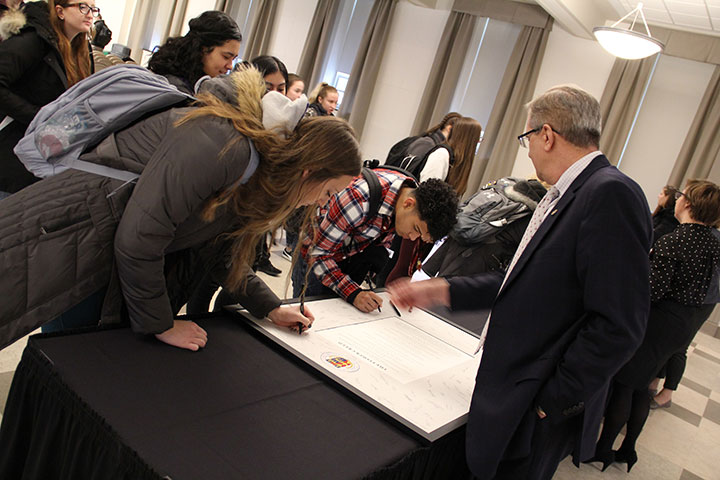 “All of you came to campus with a set of values, of course, but the Creed articulates our communal aspirations; ones, that if followed, lead to a vibrant and caring campus community,” he said.  “Importantly, the Creed was written by students – like yourselves – just over 20 years ago as a way to articulate what they felt was important to them personally and to the College as a whole.”

He went on to encourage students to think of the Creed as an important piece of their education, and that it involves more than what takes place inside of the classroom or in their coursework.

“The Creed affirms an important aspect of your education – that is, becoming responsible, committed participants in a larger society. With the opportunity of an education comes a responsibility to learn as much as possible about that larger society and then to understand where you will fit and contribute to it,” he said.  “Get involved in the service life of the campus; look to take community engagement courses; volunteer; intern.  Doing so will help you to meet new people, broaden your perspective, and help you better understand the world you will enter when you graduate.”