This fall, the Department of Media and Communication selected Johairy Delacruz ’20 as the recipient of the James E. Seward Scholarship. Carrying a $1,000 award, the scholarship honors Jim Seward and his 41 years of college teaching, 29 of which were spent at Fisher. The scholarship was established by former students, friends, and colleagues when he retired in 2011. 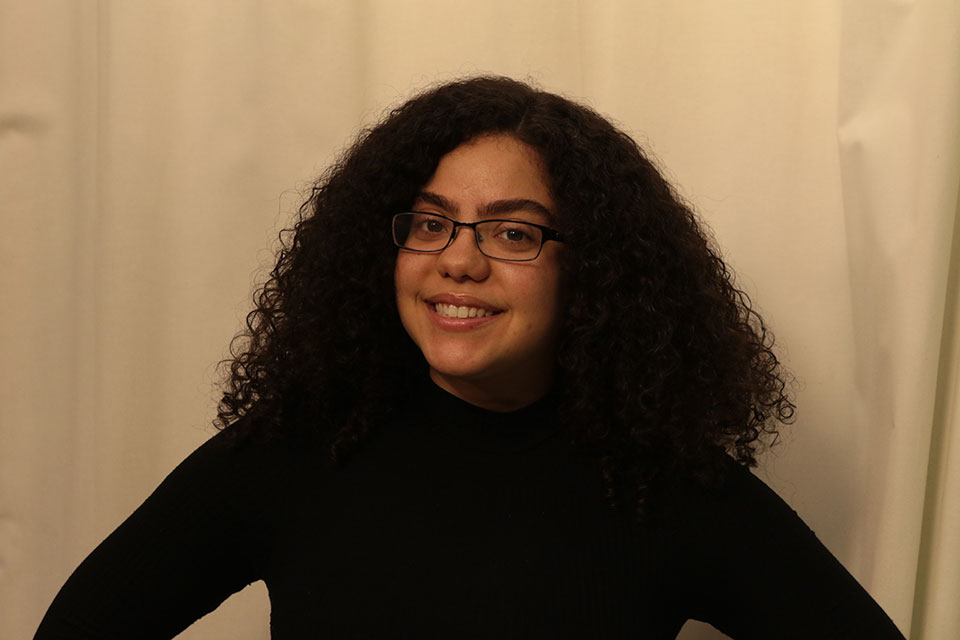 The scholarship is open to a full-time junior or senior with a 3.0 or higher GPA. Applicants submit a cover letter, writing samples, and a portfolio of work.

Delacruz came to Fisher undecided, but it was not long before she developed a passion for film and television production. She took several production courses and began to participate in Cardinal Television (CTV), Fisher’s cable television network.

“Through the projects that I worked on in and out of class, I learned more about video production and learned that I wanted to continue working in this field professionally,” she said.

Today, Delacruz is president of CTV, producing, directing, and filming shows including “The Last Resort,” “Commotion,” and “Fisher News.” On campus, she is also a non-fiction editor of Angles, Fisher’s literary magazine.

In addition, Delacruz has engaged in several internship opportunities. In fall 2018, she served as a production assistant for “American Idol,” managing the registration desk for contestants. Locally, she served as a broadcast and production intern for WXXI and HBH Enterprises, working on “Need to Know,” “Second Opinion,” and creating video profiles for The Empty Hanger website.

In May, Delacruz will graduate with a bachelor’s degree in media and communication and English. After graduation, she plans to dive into the film and television industry, shooting, editing, producing, and directing.