There isn’t an industry, sector, or profession that hasn’t felt the jolting changes caused by the rapid spread of the novel coronavirus. But, it could be argued that education, in particular, has felt that disruption more than other entities, as teachers, administrators, students, and families experience new models of education. This fall, Collegium is highlighting Fisher alumni educators who are letting their creativity fly in this new educational landscape. 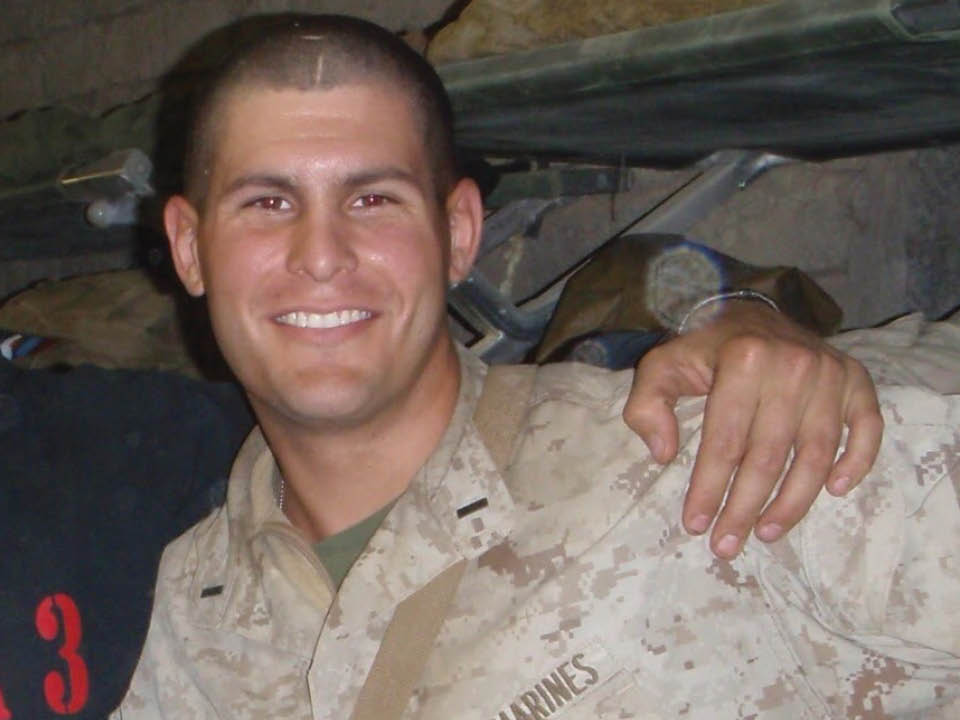 Matt DiGiambattista was a junior in high school when two planes crashed into the twin towers of the World Trade Center in Manhattan. He had always known he wanted to join the military, and he enlisted shortly after the events of 9/11. But on the day he was supposed to ship out to boot camp, he was medically disqualified due to sports-related concussions. So he switched gears and attended the Rochester Institute of Technology to earn a degree in criminal justice before joining the officer training program through the United States Marine Corps.

DiGiambattista spent four years in the Marines, and when his contract was up, he found himself driven to teaching. He earned two master’s degrees from Fisher while teaching at a handful of districts in the area.

“The professors at Fisher were all outstanding. They really helped in shaping who you are as an educator and helping you see all the aspects of education,” DiGiambattista said. “As someone that had a criminal justice degree from undergrad, going into the graduate program in education, I felt behind the curve. But the professors really helped me along in finding who I was as a teacher.”

After a few years, DiGiambattista settled into a position at Wayne Central High School, where he’s taught everything from biology to social studies, and economics to math. For the past four years, he’s taught primarily 9th and 10th graders. In every course, at any level, DiGiambattista brings a bit of the military into his lessons. For example, when he teaches earth science, he covers mapping and topography, areas of expertise he honed in the Marines. For global studies, while teaching a section on the Middle East, he brings in materials and items he obtained while serving in the military.

“Seeing it through the military’s eyes offers students a different perspective and can help it seem relevant,” DiGiambattista said. “I like to share my experiences with them because it gets them hooked in. If I open up to them, they are more likely to open up to me, and it creates a more engaged atmosphere.”

And if there are students interested in joining a branch of the armed forces, they know Mr. D is the go-to guy for advice.

“I let them know about all the jobs available in the military or offer advice on the tests they have to take when they enlist,” he said. “I talk with students about serving, share my experiences, and tell them about the different aspects of military life, and the sacrifices people have made in different conflicts. Everyone in the military has made some sort of sacrifice, and that’s important to share.”