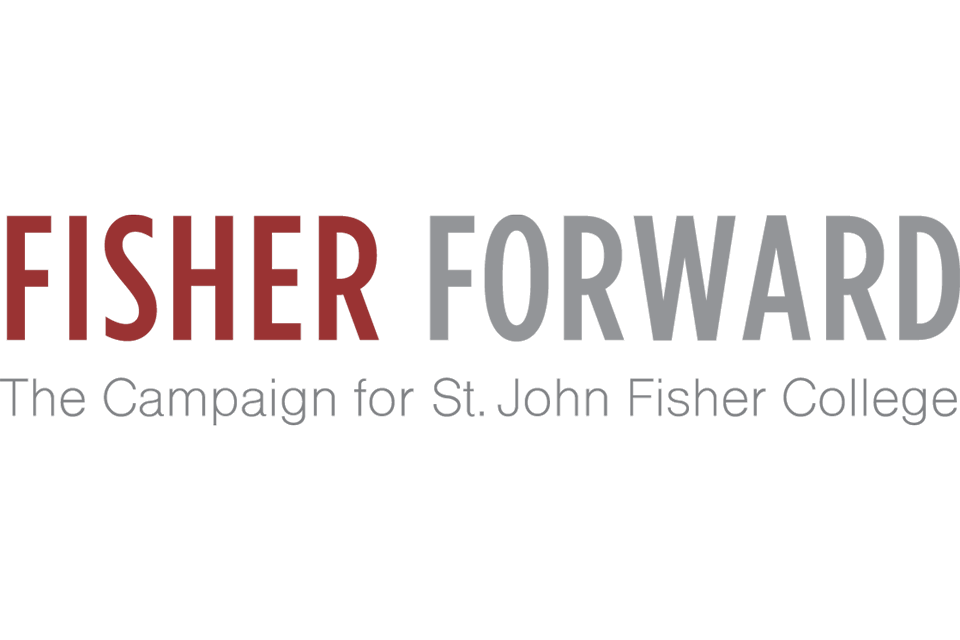 Earlier this month, Fisher announced a $2 million gift to establish the DePeters Family Center for Innovation and Teaching Excellence, from Jack ’73 and Donna DePeters with a match from Wegmans Food Markets in honor of Jack’s retirement after a 52-year career with the company. To date, Fisher Forward has raised $53.9 million from 6,096 donors.

Campaign Chair Victor E. Salerno ’66 is pleased with the campaign progress and says he is confident that Fisher Forward will exceed its goal.

“We set an ambitious goal because we are confident in the strength and dedication of the Fisher family. The College has established itself as an anchor in the community with a substantial regional impact in relation to its size. Our alumni and community members are excited to be part of moving Fisher to the next level,” he said.

President Gerard Rooney agrees and says he is looking forward to the next phase of the campaign.

“Through transformational philanthropy, we are continuing to build on the impact of our great institution in its first 75 years and looking to broaden that impact and create new opportunities for today’s students and future generations of Fisher students,” said Rooney.