Since 2014, Associate Professor Dr. Fernando Ontiveros Llamas and his students have conducted research at the University of Rochester in collaboration with Dr. James McGrath, professor of biomedical engineering. 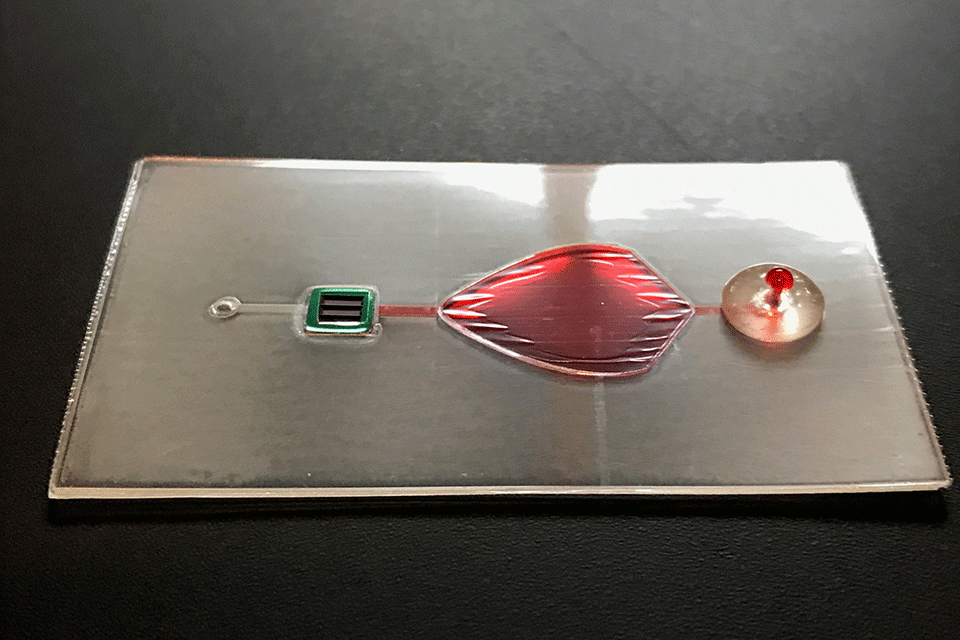 The research, sponsored by the National Science Foundation (NSF), has led to the development of a new methodology to fabricate microfluidic chips, devices that allow scientists to manipulate extremely small amounts of fluids and small objects like cells. On Tuesday, Dec. 1, Ontiveros Llamas presented the group’s most recent work during the BME Seminar Series, presented by the University of Rochester Department of Biomedical Engineering.

While scientists in the field of microfluidics have been working for over two decades to develop technology that would revolutionize biomedicine and chemistry, Ontiveros Llamas, McGrath, and their team of students have worked to combat barriers including cost and widespread industry adoption of “lab-on-a-chip” systems in labs without engineering expertise.

During the last few months and in response to the need for effective point of care diagnostics to detect SARS-CoV-2, the Fisher team once again collaborated with the McGrath Laboratory at the U of R to develop PET laminates (PETLs), film-based microfluidic devices that provide a low cost, rapid iteration alternative that integrate functionalized nano membranes capable of selectively capturing the virus.

“This challenge led us to stretch the functionality of our devices, to include different materials like paper and flexible films to fabricate a device containing a membrane that can detect a specific viral particle in a matter of seconds,” said Ontiveros Llamas.

He notes that several students at Fisher have participated in this collaboration through the years. Junior Jackie Chouinard is currently working on a new kind of chip that would be used to culture cells for experimentation.

“The work is still in progress, but we are optimistic that the group can produce a functional diagnostic test at some point in 2021,” he said.