Honoring the Veterans Among Us

On this Veterans Day, College News honors and thanks all veterans and their families, especially those who are members of our campus community.

Fisher is home to nearly 40 student-veterans, as well as alumni, faculty, and staff who are veterans. Hear from some students and a member of the faculty about their service and their Fisher experience. 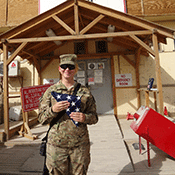 Alexa Wade is a member of the class of 2022 studying pharmacy. Prior to her time at Fisher, she spent six years serving in the Army National Guard. A program they offered provided her with the opportunity that paid for school and also allowed her to work and go to school while in the service. After serving, Fisher’s reputable pharmacy program is what drew her to the campus. Wade says she has felt very supported on campus as a student-veteran.

“The Fisher employees that work with veterans are phenomenal. They go above and beyond for the student-veterans and really advocate for them.” Upon graduation, Wade would like to work in mental health pharmacy, preferably in a VA hospital. 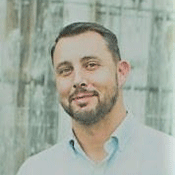 Thomas Lauricella graduated as a member of the class of 2019 in corporate finance, and then became a Double Cardinal earning his MBA in Health Systems Management. Prior to his time at Fisher, he spent seven years serving in the United States Army. Lauricella joined the service because he was seeking a structure in his life, and was not quite sure what he wanted to do, but knew he wanted to travel.

After he got out of the army and completed his government contractor job, he moved back to Rochester. It was then that he found his way to Fisher thanks to hearing from a number of friends who had enjoyed their Fisher experience. During his time on campus, Lauricella did not think of himself as a student-veteran, but rather another student who was just a bit older.

“Everyone treated me great and were always curious about my experiences in the army. I enjoyed sharing some stories with them.”

Today, Lauricella works as a cost accountant at a medical surgical company. At some point in the future, he would like to have a position at a hospital. “That would be very fulfilling for me.” 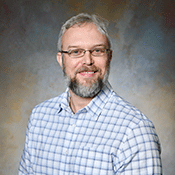 Rob Ruehl, visiting professor in the Philosophy Department, entered the military after high school to give his life direction and to do something to help our country. He was committed to serving all people of the United States and the freedoms set forth in the constitution. “I really just wanted to be part of making the world a better place and saw this as the best option for me at the time.”

Ruehl had an enlistment of two years with about four months for training). He served in the U.S. Army in the 10th Mountain Division at Fort Drum, NY. He was in 1/22 (1st Battalion of the 22nd Infantry). After an honorable discharge, he served in September 1994 to restore and uphold democracy in Haiti.

Ruehl attended Monroe Community College, and then graduated from Fisher with a B.A. focusing on English and philosophy. He then went on to do theological work at Colgate Rochester Crozer Divinity School. Next, he earned his Ph.D. from Syracuse University focusing on philosophy and religion. In 2014, he found his way back to Fisher as visiting assistant professor in the Department of Philosophy.

To current student-veterans, Ruehl encourages them to take time for themselves and focus on self-care.

“Look at all you have been through and keep focused on your strengths and how they will help you to reach your goals. Be open to asking for help. Sometimes, it can be hard to navigate college, work, and life (and hard to maintain a balance); if you find yourself struggling, uncertain, or just in need of talking, reach out. That may be to friends or family, but also on the Fisher campus.”