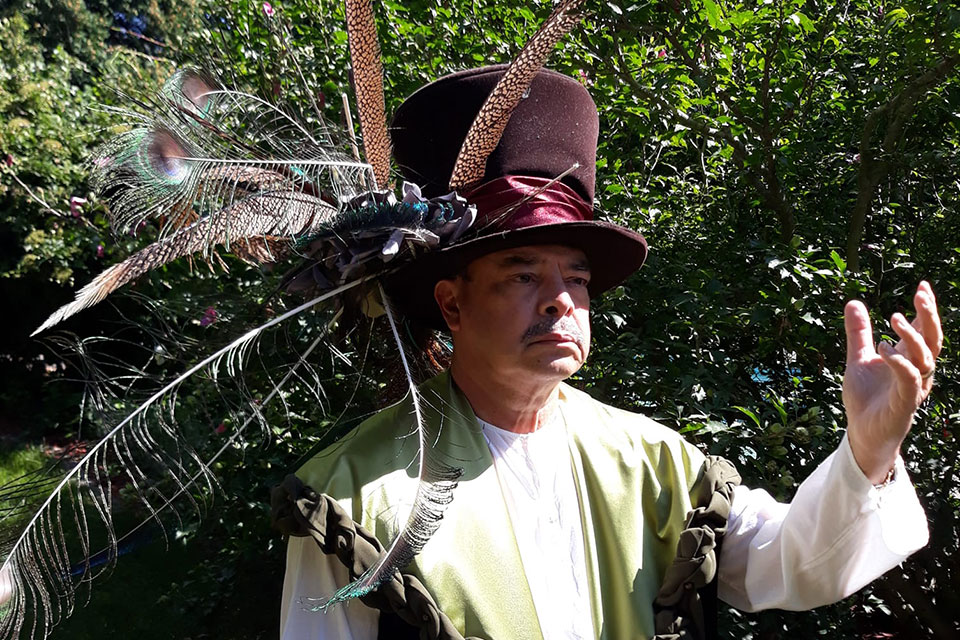 Jeremy Sarachan, chair of the Department of Media and Communication, and the Theater Apparatus group are performing, “Stories for The End of The World.” Written and directed by Sarachan, “Stories” stars D. Scott Adams, Joseph Barcia, Doug Curry, Kiyomi Oliver, Larry Ploscowe, Ira Srole, Tracey Ulterino, and Tegan Young. The show asks the question, “What does the end of the world mean to you?” Audiences will meet “out-of-time” lovers struggling with how to spend their last moments, a father trying to save his daughter from an impending global disaster, the vice president dealing with an out-of-control congress, two gods deciding how to save the Earth, the triangle people trying their best to remain socially distant, and a grandpa dealing with the death of his grandson from COVID-19.

The final performance is at 7 p.m. on Tuesday, Sept. 21 at MuCCC.  Tickets are $10 and available for purchase online.

Dr. Rubén L. Gómez, professor of Spanish at Fisher, will also be featured during the Fringe Festival. Gómez takes on the role of the Sandman in "Tenderness Along the Way (Ternura En El Camino)," a whimsical new play by Candide Carrasco. The play follows the pilgrimage to Santiago de Compostela of two little girls, their cowardly dog Pitufo, and the coquette: Agata the cat. They meet fabulous characters like the Sandman, who sells dreams, and the beautiful Moon. From the people who brought you "Chocolate Casi Amargo" and so many other hysterical comedies, this is a family show, suitable for audiences 13 and up. In English and Spanish.

The final show is at 4 p.m. on Saturday, Sept. 25, at the Dawn Lipson Canalside stage at CenterStage Theatre at the JCC. Tickets are $11 and can be purchased online.

The Rochester Fringe Festival has become one of the largest and most successful fringe festivals in the nation, the largest multidisciplinary performing arts festival in New York State, and one of the region’s most anticipated festivals each year. St. John Fisher College is an Associate Higher Ed Partner of the 2021 Fringe.