The Courage Bowl, an Annual Fall Favorite, Raises Over $12,000 for Camp Good Days

The Courage Bowl really is “more than just a game.” Since the tradition began in 2004, the Courage Bowl has raised money for Camp Good Days and Special Times, a non-profit organization that serves children with cancer and their families. This year, nearly 2,800 fans helped raise more than $12,000 through the game, which was held on Saturday, Oct. 2. 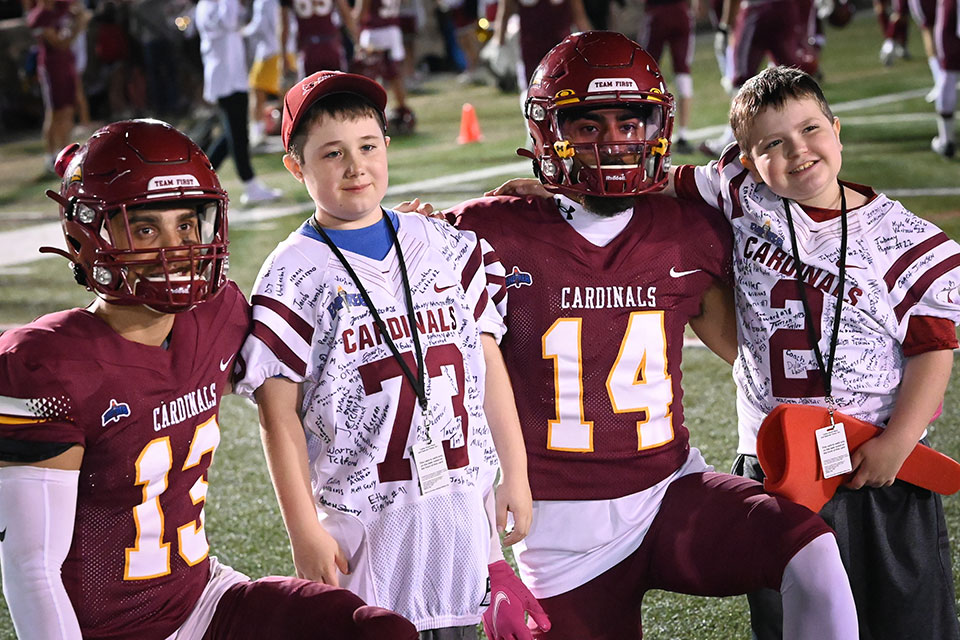 While the annual Courage Bowl rival The College at Brockport took home the 2021 trophy, nothing could dampen the spirit of the game. St. John Fisher College President Dr. Gerard Rooney said it best in his remarks during the Courage Bowl Virtual Kick-Off celebration, which took place on Monday, Sept. 27.

“For one night, and for this one game, everyone wins,” he said. “We know that some of the most special moments are on the sidelines between our student-athletes and the campers.”

Each year, Camp Good Days chooses campers to serve as honorary coaches and cheerleaders. The campers have the opportunity to meet the teams, attend a practice, and be a part of the action on the sidelines on game night. The honorees have been diagnosed with cancer or sickle cell anemia and would normally not be allowed to participate in a real football game. 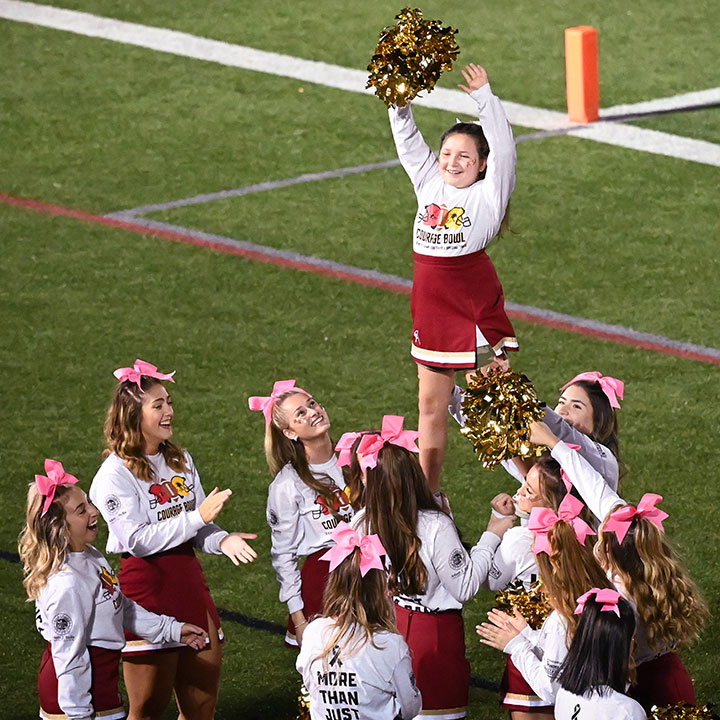 Karleigh Sackett was chosen as Fisher’s honorary cheerleader.  She was diagnosed in 2012 with neuroblastoma. Her cancer was found in a spinal tumor that restricted the use of her legs. Now, at age 10, she is able to enjoy gymnastics, swimming, horseback riding, and playing with her dog.

On the Golden Eagle’s side was Honorary Coach Jayse Imerese. Imerese was diagnosed with Langerhans cell histiocytosis in 2018 when he was three years old. This was his first summer at Camp Good Days and he got to spend his sixth birthday at the Courage Bowl.

Brockport’s honorary cheerleader was Lillee Bronson. Bronson was diagnosed in 2020 with high-grade osteosarcoma.

This article was written by Leslie Noble, Marketing Major ’21, a PR Writing Intern with the Office of Marketing and Communications.