In the fall of 1969, three Fisher students—Dan O’Connor, Joe Hazard, and Bill Brown—were busy creating something that would become a Fisher legacy: a football team. 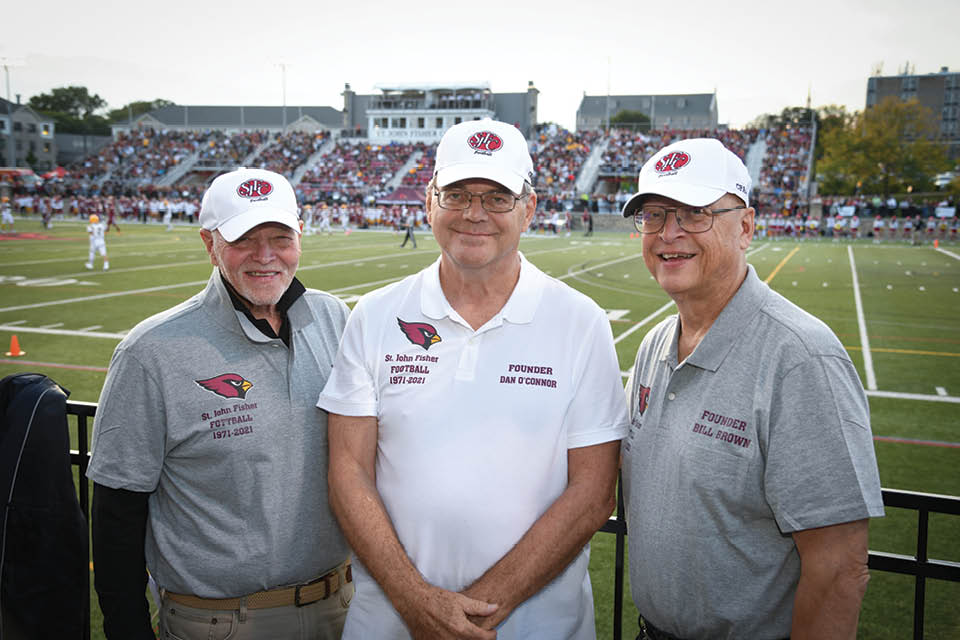 In the fall of 1969, three Fisher students—Dan O’Connor, Joe Hazard, and Bill Brown—were busy creating something that would become a Fisher legacy: a football team.
It wasn’t as easy as having a group of interested players show up on a field and find teams to play. Over the span of two years, the trio made their case to the administration and Board of Trustees, raised funds, created a corporation to support medical and liability insurance, hired a coach, and purchased equipment—before they even played their first game.

Thousands of hours of work led up to one night: October 2, 1971. The Cardinals were set for their first “home” game, played at Aquinas Memorial Stadium. 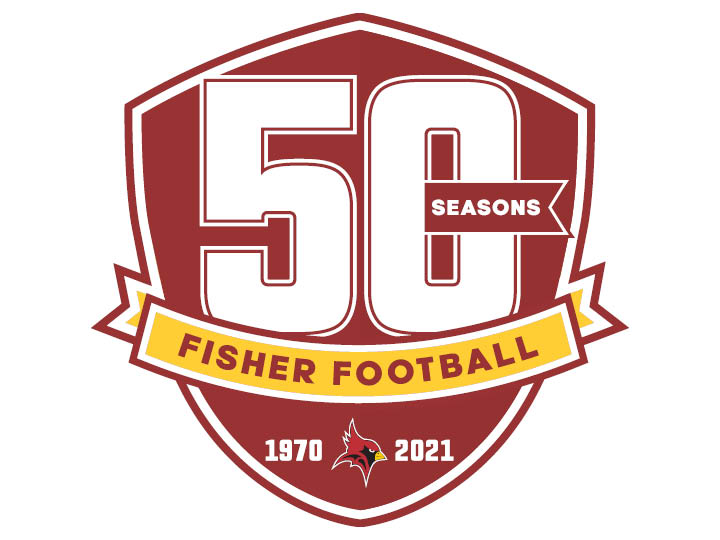 But in truth the work had only begun. The original three organizers were joined by others who were dedicated to seeing the program succeed. Outside of their classes and job responsibilities, this small group did the work of an entire football staff—as volunteers. They found other schools to play, set the game schedule, coordinated officials, secured transportation, created programs, and even handled the dirty laundry after each game.

With the strong foundation laid by these men, the program flourished. In 1981, just 10 years after players first stepped on the gridiron, Fisher football took home its first National Championship. They repeated the feat again in 1985 and 1986 and became a Division III intercollegiate program in the late 1980s.

In total, the Cardinals have won nearly 280 games, with a winning percentage of nearly .600. The College has enjoyed eight seasons with at least 10 wins, six Empire 8 conference titles, and five NCAA berths, producing hundreds of All-Conference honorees.

From a student-led initiative to a nationally recognized program that has had a profound impact on the College, the football team has affected everything from recruiting and admissions to the presence of the Buffalo Bills on campus for training camp. It is a rags-to-riches story that has impacted the lives of thousands of Fisher alumni and their families, as well as the Rochester community, in countless ways.

Thank you to former Fisher student James McCarthy for his archival knowledge and contributions to this piece.