On Saturday, Sept. 4, the St. John Fisher College Class of 2025 was officially welcomed to campus, amid a sea of students, faculty, and staff during the newest Move-In Weekend tradition, the Welcome Parade. Members of the Fisher community lined the campus, cheering and waving signs of well wishes as students and their families arrived. 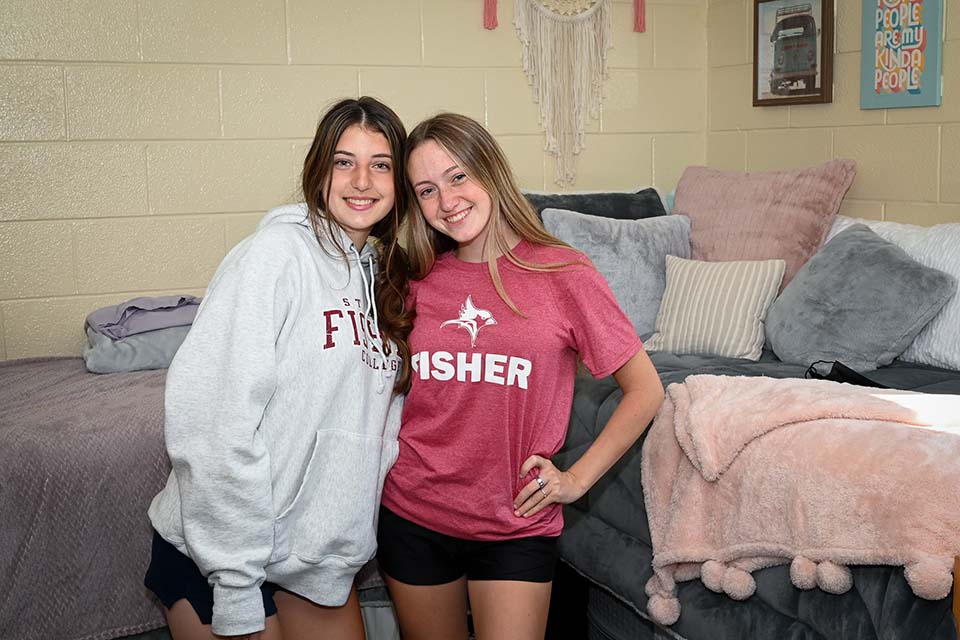 The Class of 2025 is among one of the largest cohorts of first-year students to arrive on campus in the College’s history. Over 600 students strong, the Class is one of the most academically-qualified classes the College has seen, with impressive grade point averages; it is also the most diverse to date. About 87 percent of the first-year students will reside on campus. Nursing, biology, sport management, psychology, and finance are among the majors with the most interest.

Murphy Hall resident Abbie Irons ’25, from Colonie, NY, was excited to be settling into her new space and ready to start her Fisher journey. The education major, lacrosse player, and Service Scholar said she chose Fisher because it was not too far away and not too close to home, among other reasons.

“The campus is so pretty and everyone is very nice. It feels very personal,” she said.

Her roommate, Riley Grimm from Guilderland, NY, who is a member of the women’s soccer team, liked Fisher’s proximity to downtown.

“It is great to be right near Rochester where there is so much to do,” she said.

Both also agreed that the food factored into their decision as well. They are looking forward to starting their classes, meeting new people, and getting involved on campus.

Michelle Irons, Abbie’s mom, said she felt good about where her daughter chose to attend college. For her part, today was bittersweet as Abbie, the oldest of five children, is the Irons’ first to leave the nest.

“Fisher is so welcoming – the people and the atmosphere. I know she will be well taken care of,” she said. 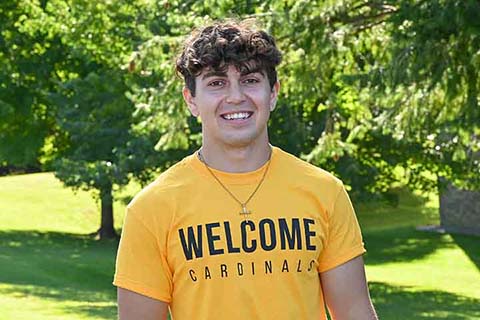 Caleb Thomas ’24, a corporate finance major from Watkins Glen, NY, was eager to participate as a member of the Orientation Team this year to help usher in Fisher’s newest students. As a first-year student, he got involved in the Investment Club and plans to join the Teddi Dance for Love this year, and he encouraged the new students to take advantage of all of the opportunities they are afforded.

“I would tell them to surround themselves with good people and to make the most out of the opportunities they are given because their college experience will be what they make of it,” he said.

Throughout the weekend, these new Cardinals will participate in workshops and small group seminars introducing them to Fisher. On Tuesday, Sept. 7, the Matriculation Ceremony will mark the end of their Orientation and the beginning of their academic journey at the College.

Upperclassmen will return to campus on Monday, Sept. 6, and classes begin on Tuesday, Sept. 7.