Outfitted with 12 high-powered computers, two large screen TVs, comfy chairs and modular furniture, and an array of Xbox, Nintendo, and PlayStation consoles, St. John Fisher College’s Gaming Lab, which opened in late spring 2021, is the new home for any student with an interest in gaming. 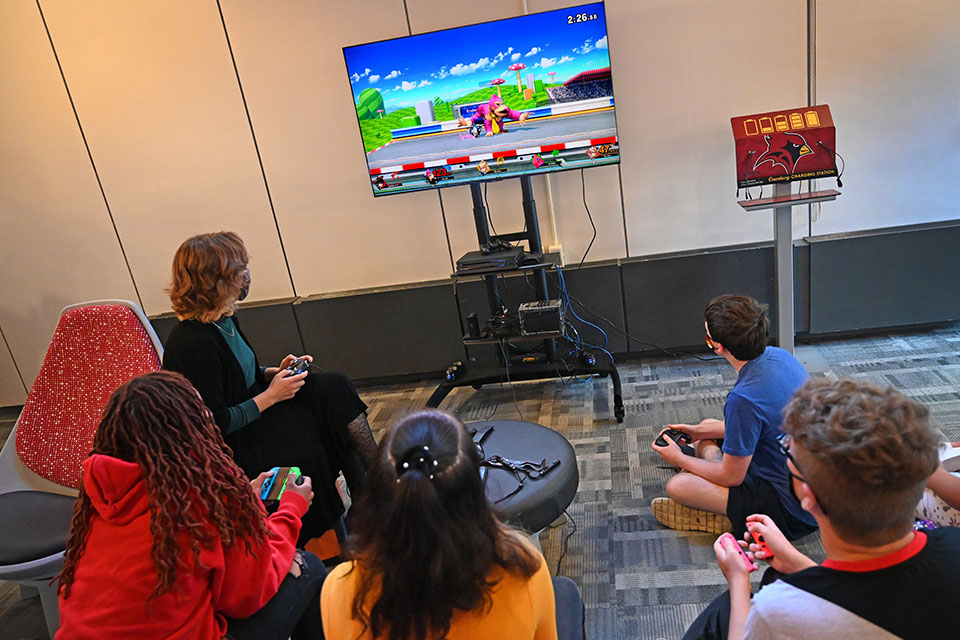 “With multi-player games, being in the same room makes it much easier to cooperate as a team,” he explained. “When you’re remote, texting is slower, so your reaction time is slower. When you’re in the same space, it’s more coordinated, and working with a group of friends is a lot more fun.”

The new lab also includes a dedicated space for an e-sports team, and the Club is focused on recruiting students interested in competitive play.

Dr. Todd Harrison, who serves as the Gaming Club advisor, said that research has shown 65 percent of college students engaged in e-sports, and the trend is continuing to grow.

“At Fisher, before the lab, student gaming was happening in their rooms or other spaces. The lab helps the College support those interested like we do with other interests,” he said. “If you are skilled or interested enough to compete, we can help organize an opportunity for students to play competitively.” 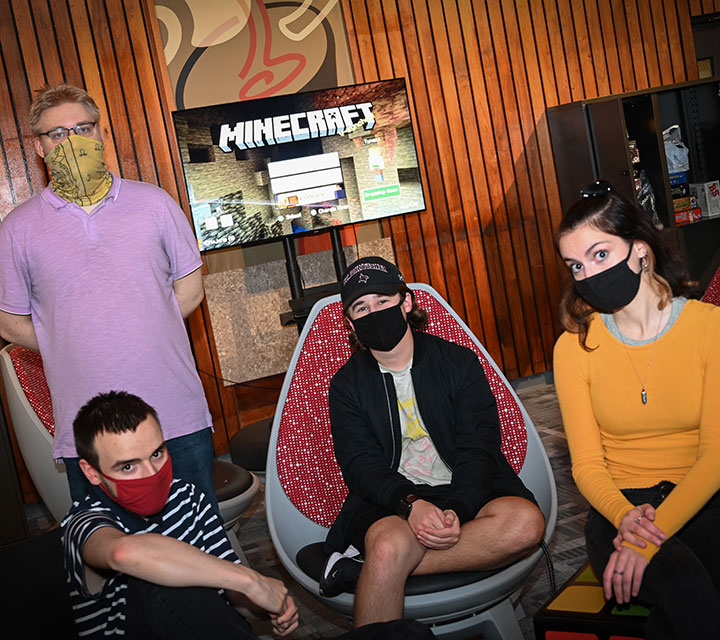 The Gaming Club, which hosts open game nights every other Tuesday throughout the semester, offers a space not just for online games, but tabletop games like Dungeons and Dragons (D&D). The lab has a cabinet full of classic board games available for use, as well.

Honors student Jade Donovan, a sophomore majoring in a mathematics and statistics, joined the Gaming Club after meeting friends by playing D&D. She said the new lab offers students the opportunity to relax and hang out while playing games that they love. The consoles and PCs are equipped with a variety of games, including Rocket League, Valorant, League of Legends, Super Smash Bros., Minecraft, and more.

“I’m really excited and looking forward to getting things off the ground,” said Donovan, who serves as vice president of the Gaming Club. “I love being involved and enjoy being face-to-face after a year of not being able to play in-person. I’m excited to learn about new genres of games and seeing others get excited about gaming, whether it is role playing, board games, or on the consoles or PCs.”

Throughout the semester, the Gaming Club will host bi-weekly open game nights and tournaments – with prizes, and more. To learn more, visit the Gaming Club on The Cardinal Hub, or on Discord or Instagram (@FisherGaming).

The Gaming Lab is accessible to all students with a Fisher ID. The lab, located in Michaelhouse, is open from 8 a.m. to midnight Sunday through Thursday, and 8 a.m. to 2 a.m. Fridays and Saturdays.