In celebration of the 50th season of Fisher Football, Collegium sits down with Coach Paul Vosburgh 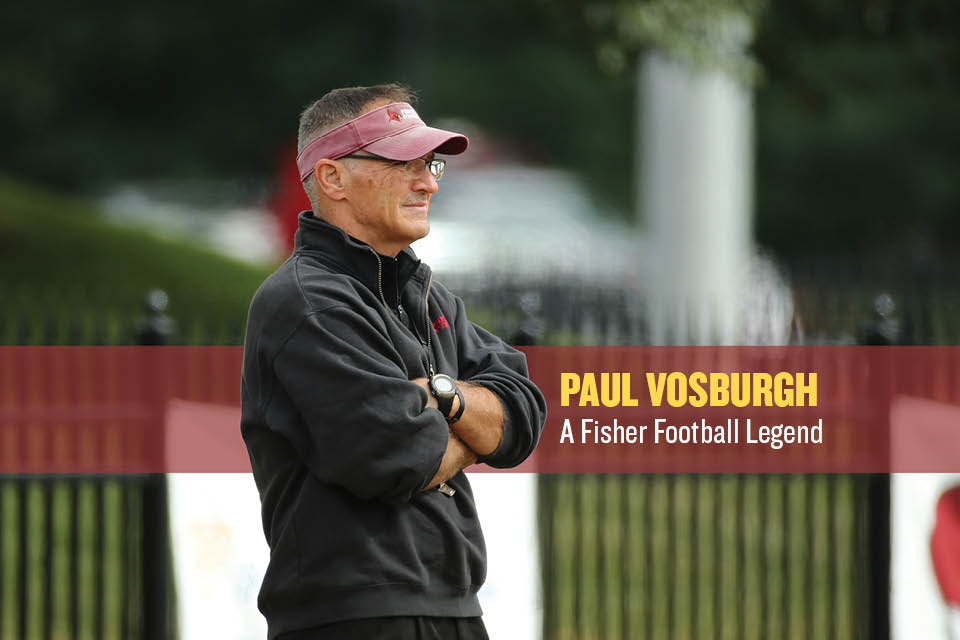 Paul Vosburgh has experienced a lot of things in his lifetime, but he has never had a year like 2020.

“Last fall was the first fall I was not involved in any football games as a player or coach since I started playing football,” says Vosburgh. And that says a lot because he has played football since the age of eight.

Growing up, the Lockport, New York, native played many sports, but football, baseball, and wrestling were at the top of his list, with a little YMCA league basketball thrown in, as well.

Vosburgh played college football at William Penn University in Iowa. He earned his master’s degree at Pittsburg State in Kansas while on the coaching staff, then continued to hone his skills at both his alma maters: DeSales High School in Niagara Falls then William Penn. He returned to Kansas to coach at Emporia State before returning to New York.

Vosburgh has been at the helm coaching the Cardinals for 30 years, joining Fisher in 1991 as the program’s seventh coach. At the time, Fisher football had a 20-year history, first as a club team that won three national championships, then as a Division III program.

To date, Vosburgh owns a career record of 178-151-1. He has claimed six Empire 8 Championships and five appearances in the NCAA Championship, making three appearances in the Elite 8, and a run to the Final Four in 2006. Under Vosburgh, Fisher has won the coveted Lambert Meadowlands Award, recognizing the top Division III team in the East, two times, in 2006 and 2013.

A few questions for Coach Vosburgh:

Other sports you have coached:

What if you hadn’t become a coach?

I was going to school to become a physical therapist when my life went in a different direction to coach.

When you’re not on the sidelines, where can you be found?

Hiking, running, fishing, and golfing. But I’m an awful golfer.

There have been many, naming just one is difficult. Winning our first Bowl game, league championship, and National semi-finals in playoffs.