Following a national search, the St. John Fisher College Department of Athletics is excited to introduce Ryne Morrison as the newest head coach of its wrestling team as the Cardinals gear up for competition in 2022 following a 38-year hiatus. 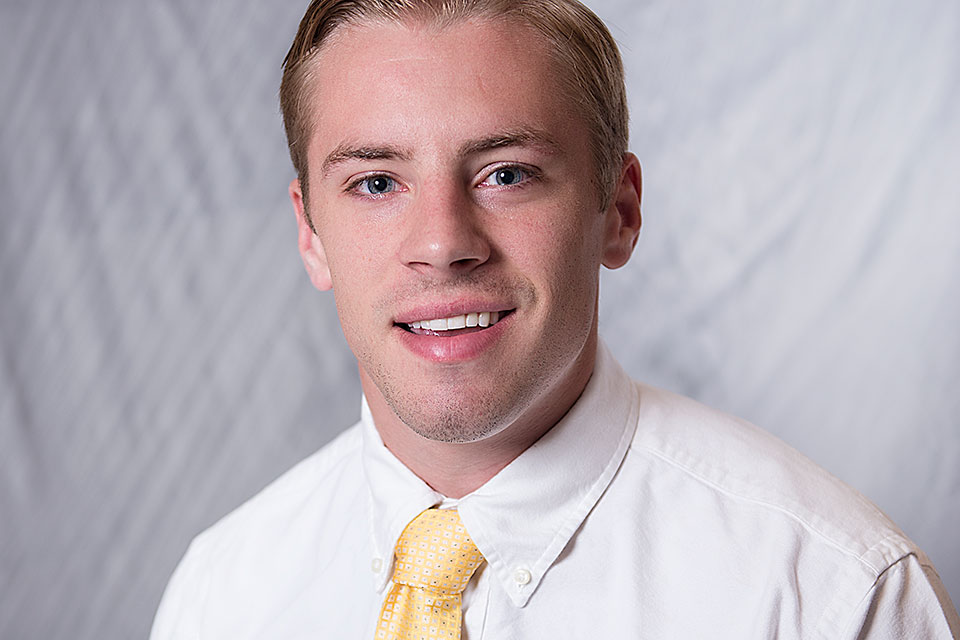 Morrison brings a wealth of coaching experience to Fisher having most recently served as an assistant coach at Adrian College where he helped build the Bulldogs into one of the top programs in Division III.

"We could not be more pleased to have Ryne guiding our wrestling program," added Director of Athletics Bob Ward who has led Fisher for nearly 40 years. "Ryne's expertise and background were second to none when it came to the knowledge needed to build our reestablished wrestling program."

Through Morrison's recruitment efforts, Adrian went from a 2-8 record in dual meets in 2018 to owning a 22-9 overall mark over the last three seasons as the program achieved its first-ever national ranking after being pegged 18th in 2021 by FloWrestling.

Prior to his time at Adrian, Morrison served as a graduate assistant at Heidelberg University where he coached two more Scholar All-Americans and an NCAA qualifier.

A graduate of Ursinus College in 2016 with a bachelor's degree in health and exercise physiology, Morrison was a four-year member of the Bears' wrestling program where he was named All-Pennsylvania State Athletic Conference during his senior campaign. Morrison, who was named a team captain, was voted a Scholar-Athlete and was a member of the Division III Cultural Exchange Team. Following his time in Collegeville, Pa., Morrison went on to earn a master's degree in educational leadership in athletic coaching at the University of Mount Union.

"Ryne brings a passion, personality, work ethic and commitment that fits in perfectly with our entire coaching staff," added Ward. "With the growth of wrestling in our region and beyond, we have every confidence that Ryne will build Fisher into the national conversation over the coming years."

The Cardinals have a rich history in wrestling as Fisher competed from 1965 to 1983 where it was one of the region's top programs. Over its 18-year history, Fisher boasted numerous Catholic National Champions and had several wrestlers compete in the NCAA Division III Championship and NAIA Championship including All-American Sandy Spero '80 and Jerry DeHey '75 who have each been inducted into the College's Athletics Hall of Fame.

The return of the wrestling program is boosted by a gift from alumnus and trustee William J. Pellicano '80 and Tracy Pellicano to create a state-of-the-art wrestling room, which is currently under construction and will be open for use prior to the start of training.

"We are grateful for this gift from the Pellicano family. Bill's legacy of commitment to Fisher includes his dedicated service to the Board of Trustees as well as his long record of philanthropy. His support of Fisher athletics, in particular, has impacted experiences for Fisher student-athletes, visitors, and fans. The William J. Pellicano Pavilion has been a wonderful addition to Growney Stadium. His most recent gift will help establish a dedicated space for our new wrestling program, adding to the prestige of our athletic offerings," said Dr. Gerard J. Rooney, president of the College.

The Joseph Pellicano Wrestling Pavilion, named in honor of Pellicano's father, will be located in Michaelhouse, adjacent to Growney Stadium and the Ralph C. Wilson, Jr. Athletic Center. A portion of this gift will also honor Bill's parents, Joseph and the late Josephine F. Pellicano, in the Hermance Family Chapel of St. Basil the Great.

Pellicano said that his father, who lost an arm and a leg in a farming accident at the age of three and lives a full life today at the age of 90, has served as his role model for strength and determination. He hopes student-athletes who hear his father's story will be equally inspired as they enter the field of competition, as he was while a member of Fisher's football team.

"My parents' strong faith has always inspired me throughout my life, and my participation in Fisher athletics was an integral part of my college experience and my path to where I am today," said Pellicano. "I am proud to have the opportunity to honor my parents through the support of Fisher's wrestling program and the Hermance Family Chapel."

Fisher's investment and commitment to its athletic department are evident at every turn as few colleges can boast the growth and development that Fisher has enjoyed over the last two decades.  Since the turn of the century, the College has added 13 intercollegiate sports and has created numerous athletic facilities to support its nearly 750 student-athletes including the construction of Growney Stadium and the Polisseni Track and Field Complex, as well as enhancements to Dugan Yard, the Softball Complex, and the Ralph C. Wilson, Jr. Athletic Center.

"There's no better time to be a student-athlete at Fisher as the College is coming off its most successful year in the Athletic Department's history in 2021," commented Ward. "As a whole, Fisher again won the Empire 8 Commissioner's Cup, our programs captured 11 Empire 8 Championships, had 13 Empire 8 Player of the Year selections, 12 Coaching Staff of the Year recipients, 26 All-America honorees, and saw the women's lacrosse team reach the NCAA Final Four."