Fifty years after Fisher welcomed its first full-time female students, each of the College’s five Schools is led by a woman. We asked them each five questions about their journey to the dean’s suite. 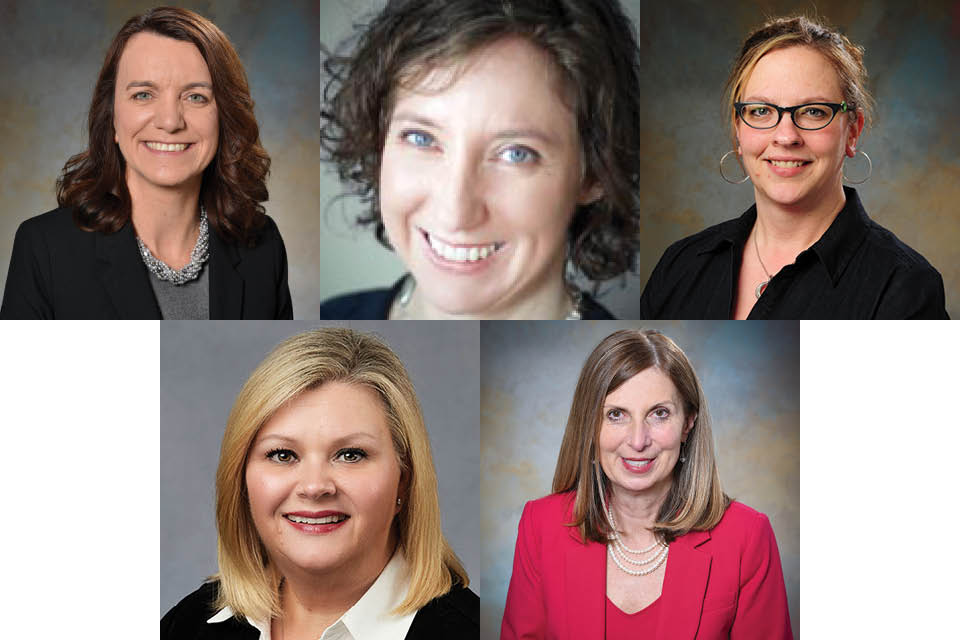 Birnie was one of the founding faculty in 2006, and was named dean in 2017. In addition to her responsibilities as dean, she remains active in the classroom and has led several medical mission trips to Asia and South America. 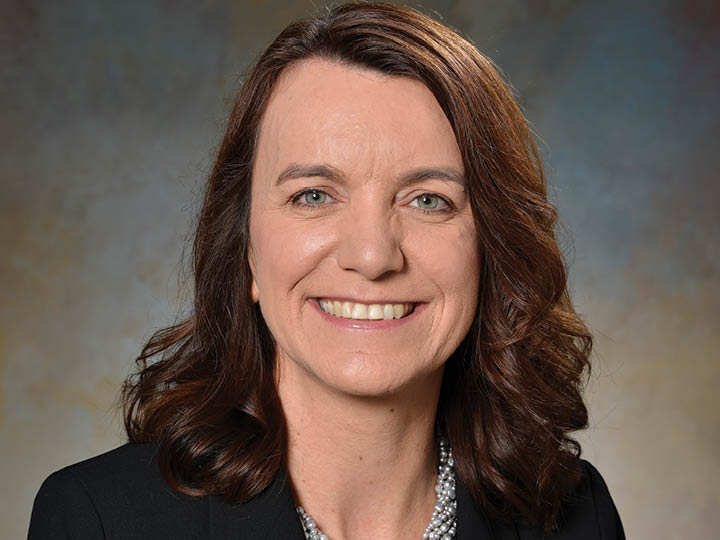 A woman who has inspired you: Ida Scudder, a member of the first class of women to graduate from Cornell Medical School in 1899. She started a clinic and nursing and medical schools for women. The clinic has grown to become the Christian Medical College is Vellore, India, one of the premiere medical schools in India.

A book that has influenced you: The Bible. As a committed Christian, the Bible provides a guide to daily living for my personal and professional life.

Favorite moment in higher education: The Hooding and Awards Ceremony is one of the most exciting days of the academic year for all of us in the School of Pharmacy. As our graduates walk across the stage, we see the result of years of hard work, perseverance, and resiliency as they transition from being my students to my pharmacist colleagues.

Surprising fact about you: I love international culture, food, and travel. With my husband being from India and my daughter from Thailand, and me being from the “country of New Jersey,” we have an international home.

Why did you choose pharmacy? I started college as a math major but I had a hard time imagining what type of profession I would choose. With my mother being a nurse, I found health care and, eventually, pharmacy to be a great application of math and sciences in a tangible way to help others. I made the move to academia just a few years into my career, finding that higher education provided me the opportunity to combine all of my interests in one place—math, pharmacy, pharmaceutical sciences, research, service/medical missions—and to do so in an environment where I could inspire the next generation of students with similar interests.

Fallon was named dean of Fisher’s School of Arts and Sciences in 2017. She previously served as the Provost and Vice President at Marylhurst University in Portland, Oregon. She is a former Fulbright Junior Lecturer and founding director of the Honors College at Portland State University where she was a Professor of Humanities and International Studies. Fallon has led Fisher through a revision of the core curriculum. 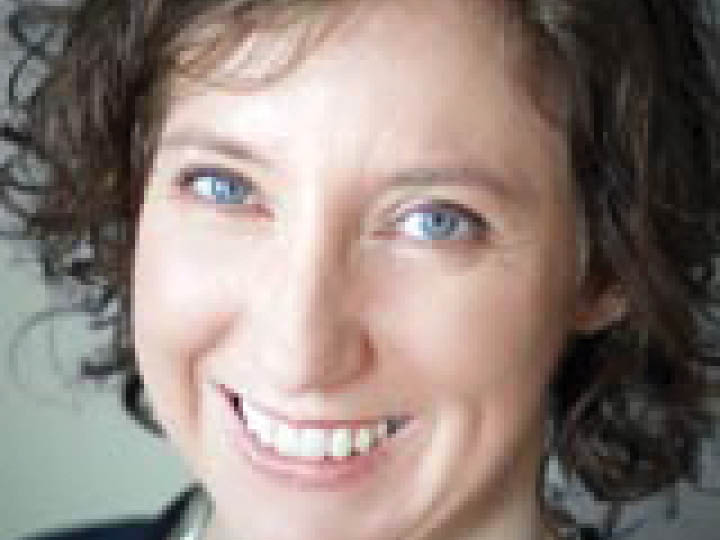 A woman who has inspired you: My mom. She was a single parent who raised me and my sister. She taught English and special education for over 30 years and still volunteers to help children and adults with intellectual differences.

A book that has influenced you: Anna Karenina is my favorite novel. I love novels from everywhere and all times but Anna Karenina has the magic of romance and spiritual enlightenment.

Favorite moment in higher education: The five minutes before class starts on the first day, when you walk in the door and everyone is nervous and excited about what is about to unfold.

Surprising fact: I lived in Mexico for a year when I was 16 and helped deliver a few babies in a rural health clinic. Also, I can do a nine-minute plank.

Why did you choose arts and sciences? With the greatest respect to my colleagues, I think the liberal arts tradition in the United States is one of the most important treasures we safeguard and the foundation to a vibrant democracy. Also, in arts and sciences we spend every day talking about how to live a purposeful and meaningful life.

In 2008, after nearly a dozen years as a secondary school educator, Maples joined the Ralph C. Wilson, Jr. School of Education faculty, focusing on literacy and culturally responsive teaching. After a year serving as interim dean, Maples was named dean in spring 2021. 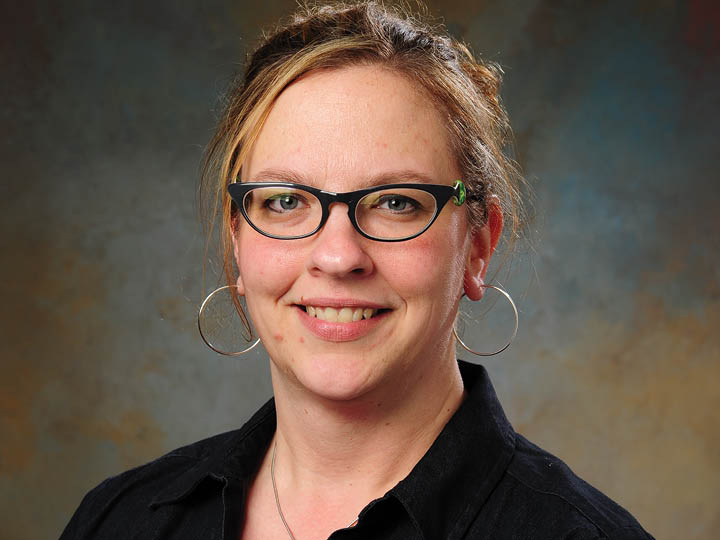 A woman who has inspired you: My mother is what I have always called my “steel magnolia” because she is the strongest woman I know and has all the characteristics of any good educator or leader: commitment and reliability; service, generosity, and care; problem-solving; strong ethics; and loyalty and hard work.

Your favorite book or a book that has influenced you: The book that most inspired my development as a person was Ayn Rand’s The Fountainhead. It was the perfect book for a rebellious teen, but also for a future teacher/leader.

Favorite moment in higher education: My favorite moments as a dean are when our School of Education candidates from undergraduate, graduate, and doctoral level impact the community and make it a better place for others. These moments are my favorite because they personify who I know that we are as a school.

Surprising fact about you: As a teenager, I worked at Dollywood which is Dolly Parton’s theme park in Tennessee. I met Dolly herself; she is really as great as she seems! And I rescue senior dogs. I currently have two old beagles, Sally and Leo.

Gatlin has built an impressive career, from her beginnings as a staff nurse to her time as a nurse-educator and academic leader. She was named dean of the Wegmans School of Nursing in 2020, coming from University of Nevada Las Vegas. 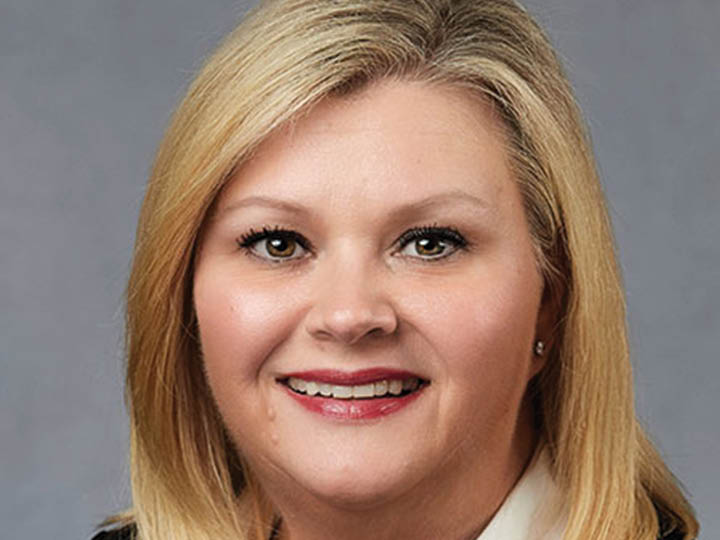 A woman who has inspired you: There have been many. However, I would say a constant inspiration is my daughter. She inspires me every day to be a better person and to show up authentically.

A book that has influenced you: The Four Agreements: A Practical Guide to Personal Freedom, by Don Miguel Ruiz. I read this book many years ago and often will re-read to refresh my thinking about communication and interaction with others. The goal is continued self-improvement.

Favorite moment in higher education: There have been so many, but they share a key element: the “aha moment” that clicks when a student nurse gets it and can perform technical skills while critically thinking about the patient in the current situation.

Surprising fact about you: I never played a team sport. Which is funny because I am all about teamwork and a sense of a team to get a job done!

Why did you choose nursing? I originally did not choose nursing as a career. I was going to school to be a paralegal when I had a conversation with my grandmother who was ill, and I decided to change my major. No one in my family was a nurse and I did not know any nurses. The thing that was so intriguing to me was the versatility of the career—the ability to be with families as they welcomed a newborn, or while their loved ones are fighting for their lives, or as they say goodbye to their loved one. Nursing is a challenging career with many vast experiences, and I cannot imagine being anything else.

Wittmeyer joined Fisher in 2017 and immediately found her passion for working with students. Her long career in higher education—she is a Smith Family Business Fellow at Cornell University, a faculty at Loyola University Chicago’s Family Business Center, and emerita faculty at St. Bonaventure University—has prepared her for her role as interim dean of the School of Business. 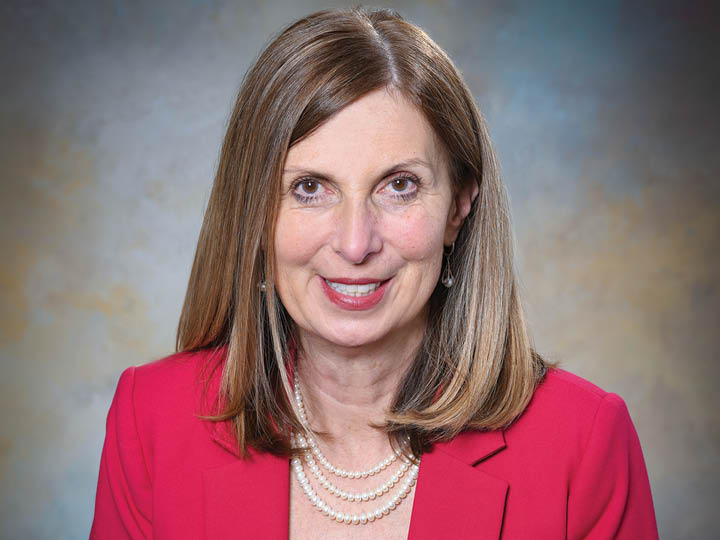 A woman who has inspired you: I have two: Susan B. Anthony, for all she did for women’s rights. I thought of her when I was offered and turned down a job as the same job was offered to a peer male student for more pay. And surely my mother, Rosalie Bantle. She was a member of the greatest generation and, along with my father, a Marine, worked tirelessly to assure that our family and others in the community had every opportunity, especially education, so that our dreams could come true. My sister and I earned doctoral degrees, and I know that my mother was so proud of us.

A book that has influenced you: Why We Do What We Do, by Edward Deci, an internationally regarded psychology professor. His work transformed my understanding of motivation and life.

Favorite moment in higher education: Every moment is a favorite moment when you get to work with students. I had a great mentor who told me that I had to pursue a doctorate after I earned my MBA. When I sighed and asked why, he said, “So there are never any closed doors.” Thanks to him and his great advice, I get to help students dream about their future in ways they might not have and to make sure that doors are always open for them.

Surprising fact about you: I got my motorcycle license before my car and still ride.

Why did you choose business? I grew up in a small town and I wanted to see the world, see all kinds of businesses and meet many different people as part of my work. I thought that being an auditor was the way to do that. It started there and what a fun journey it’s been!