The Molines Go to Court

If you’ve been to a Fisher sporting event, chances are you’ve seen Bob Moline ’68. One of the most loyal and ardent supporters of Fisher athletics, Bob can be found cheering on the Cardinals, chatting with fellow fans, or catching up with coaches, players, and parents post-game. 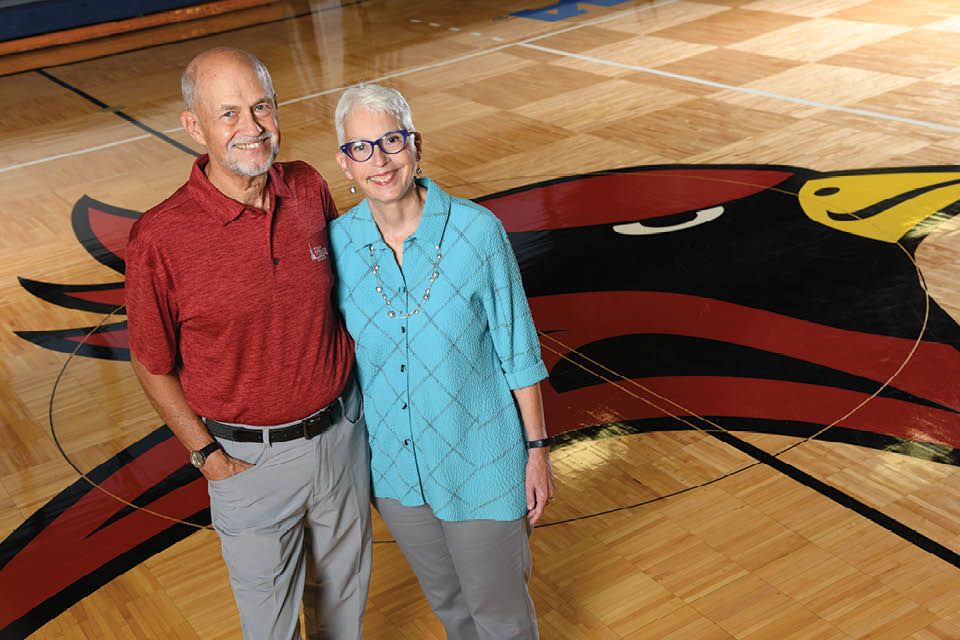 Bob’s history with athletics is deep. He was thrilled when professional basketball Hall of Famer Bobby Wanzer joined the athletics department at Fisher. When he became a Fisher student, Bob spent much of his free time in athletics. He served as the part-time sports information director—the first to hold the position in the history of the College—using his classroom knowledge in computer programming to create intramural and intercollegiate sport schedules. 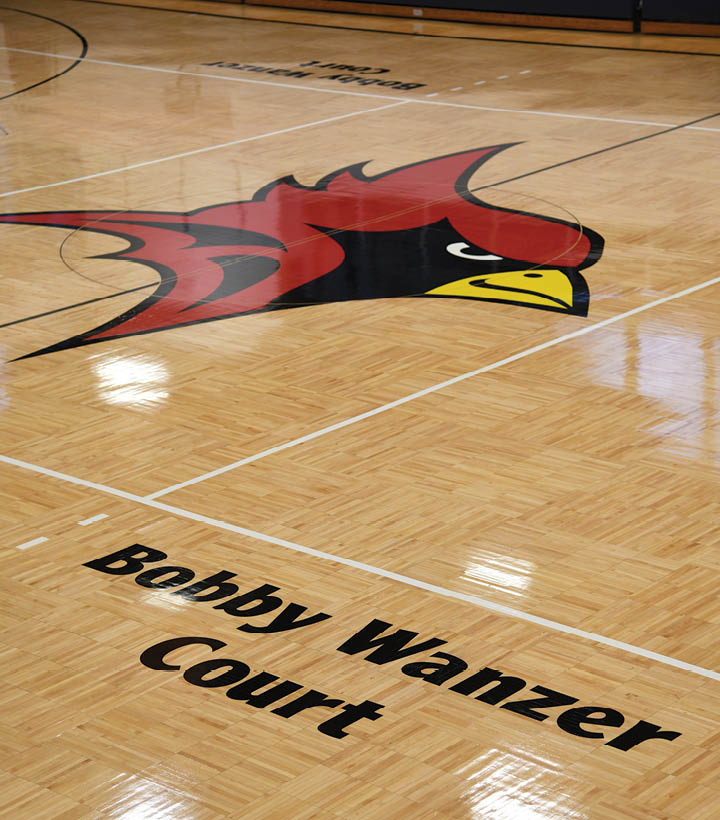 After earning his degree, Bob stayed at the College as a computer programmer, and continued his work as sports information director. In fact, that's how he came to meet his future wife, Susan. She had joined Fisher as director of public relations under President Charles Lavery. When she requested assistance in covering athletics, Bob had the knowledge and skill set. It was the beginning of a lifelong partnership.

In 1980, Bob and Susan's careers took them to Boston where they lived until 1995. Even from afar he closely followed Fisher sports, attending games whenever the teams were in the region.

In 2003, Bob joined the development staff at Fisher as the director of capital projects. His passion for Fisher athletics and his natural ability to create connections helped increase support for all athletic programs. He was particularly proud of the fundraising campaign to name Bobby Wanzer Court in the Manning & Napier Varsity Gym.

Steadfast in the stands and in his love for the Cardinals, Bob, along with Susan, have deepened their commitment to Fisher athletics. In December 2020 the couple helped boost the second annual Fisher Giving Day by offering to match all donations made to athletics during the 24-hour giving period. When donors raised $30,211, Bob and Susan honored their commitment with a personal gift of $50,000 to establish the E. Robert Moline Endowment for Athletics. This Fund will help enable the athletics program at Fisher to build on its already outstanding record of achievement.

The Molines hope their gift will do two things: support the growth of Fisher athletics and inspire others to give to this fund. They believe strongly in the importance of athletics in the personal growth of each Fisher student. Over the years, Bob has built and maintained strong connections with student-athletes and their families and is a tireless advocate for all things Fisher. If a student or alumnus is looking to start a life in a new city or embark on a new career, Bob always has a connection or a way to help. Through their gifts of time, talent and treasure, the Molines are helping to ensure the continued success of Fisher athletics for years to come.