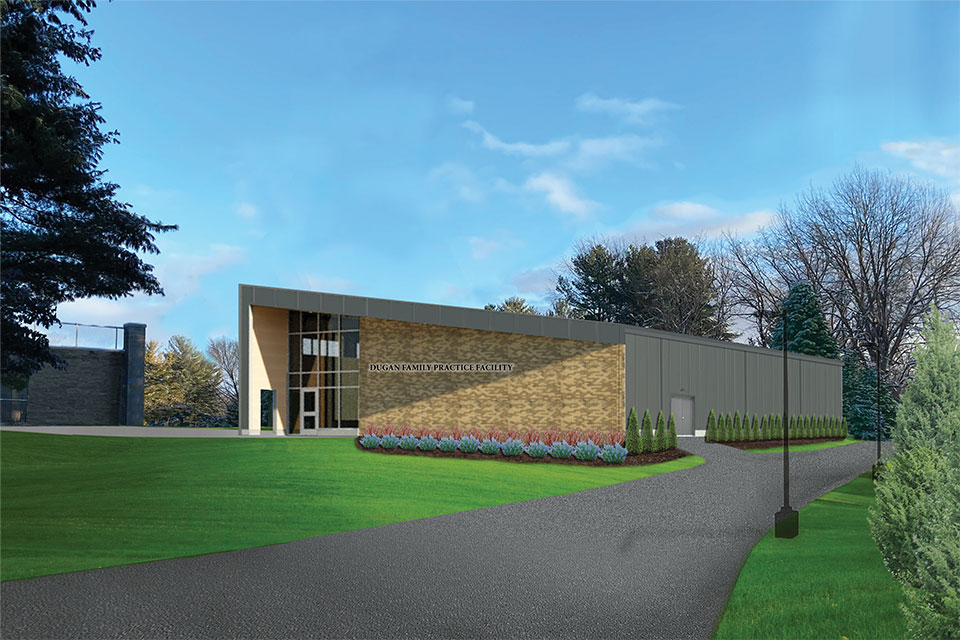 “I am grateful to Kevin for all that he has done to support Fisher, in particular, intercollegiate athletics,” stated President Gerard J. Rooney. “Kevin’s generosity and passion for our nationally recognized athletic programs is evident throughout campus and especially in our athletic facilities. As a longtime member of the Board of Trustees, his leadership has had an immense and far-reaching impact on our mission to provide our students with an outstanding education and experience. His dedication to Fisher is greatly appreciated.”

Dugan, who was inducted into the University’s Athletic Hall of Fame in 2001, has been instrumental in the growth and development of the Cardinals’ baseball program, now in its 35th season.

The team’s home field, Dugan Yard, first opened in 2001 following a generous gift from Dugan. Since its opening, the baseball team has grown into one of the top programs in the country as the Cardinals have averaged nearly 30 wins per season and have reached the Division III World Series. In the last decade alone, the Cardinals have won more than 300 games and reached the postseason in each of the last nine years. In 2016, Fisher won the Mid-Atlantic Regional and advanced to the Division III World Series. In all, the team has earned six NCAA Championship berths, three Empire 8 titles including one in 2021 and boasts 35 All-America selections and three Major League Baseball draft picks. Dugan’s investment in Fisher has also allowed the baseball team to attract top-level talent that includes numerous All-Americans and several Major League Baseball draft picks.

“The generosity of Kevin Dugan continues to influence all who are connected to the baseball program; past, present, and future,” said head coach Brandon Potter ’04 who has guided the baseball program for over a decade. “Our players and their families have been proud to call Dugan Yard home and we look forward to what this tremendous gift will lead to for present and future Cardinals both on the diamond and in their continued development as student-athletes. This facility further enhances Dugan Yard and continues the vision of excellence the Dugan family has helped cultivate within this program.”

With the addition of The Dugan Family Practice Facility, Fisher’s ability to recruit and develop its student-athletes will be unmatched. The indoor facility will feature a turf infield and can be sectioned off to allow hitters and pitchers to train simultaneously. Additionally, the facility will be outfitted with professional equipment including cutting-edge technology to breakdown swing patterns, chart pitches, replicate opponents’ pitching patterns, and more that will allow Fisher’s coaching staff to further develop the team’s skills.

“Both the inspiration and motivation behind my philanthropy at Fisher lies in the true meaning of family,” said Kevin Dugan ’70. “The original gift establishing Dugan Yard 22 years ago was in honor of my father, who raised ten children and made sure that everyone knew that anything he did was because of and for our immediate and extended family. As a member of the Fisher family, it gives me great pleasure to continue to support St. John Fisher University.”

Dugan is a member of the University’s Presidents Society which recognizes individuals and organizations who have provided $1 million or more in total support to Fisher.