Elaine Houston, an Ed.D. candidate at the Onondaga Community College extension site and investigative reporter at WNYT-TV in Albany, recently received a New York Emmy for her work. 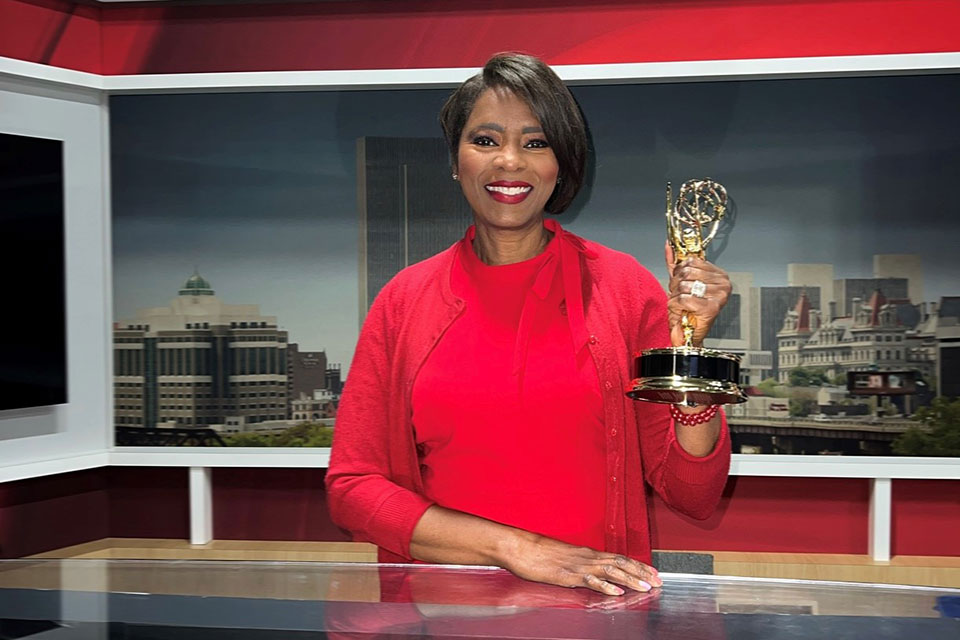 The story that earned her the praise, titled “Coal vs. Cancer,” covered a group of African American women whose families had died of various forms of cancer and both the women’s generation and their kids had also become ill. In Houston’s research, she discovered that the common denominator was that they all lived near a coal-burning pIant as kids. She found a doctor of environmental diseases and shared the stories and death certificates of the families and he said there was a correlation between those diseases and coal.

A reporter for the last 30 years, Houston said this recognition for her means that her peers believe she is doing something right.

Houston enrolled in Fisher’s Ed.D. program after learning that the number of African American women who had a doctorate were low. She said that statistic was both shocking and motivating to her. And she said the program has already made an indelible impact on her.

“This program has helped me already to dig deeper into how women are marginalized, along social justice lines. Social justice is important to me and leadership is even more important. I must admit I unfortunately have encountered poor leaders and I know the havoc they can unleash on employees and others. I treasure when we talk about leadership here at St. John Fisher University and I hope to be worthy of the type of leadership that I am learning about,” she said.

Her plans for post-doctoral life are still formulating, but through her journalism interests around stories about women and her women’s podcast, she hopes to always work on behalf of women.

“I want the help empower them to live their best lives, have financial independence, and change the world,” she said.