In 2022, the reintroduced St. John Fisher University wrestling team will return to the mats for the first time since 1983. When they do, teammates will train in a state-of-the-art wrestling room, thanks to the generosity of alumnus and trustee William J. Pellicano ’80 and his wife, Tracy. 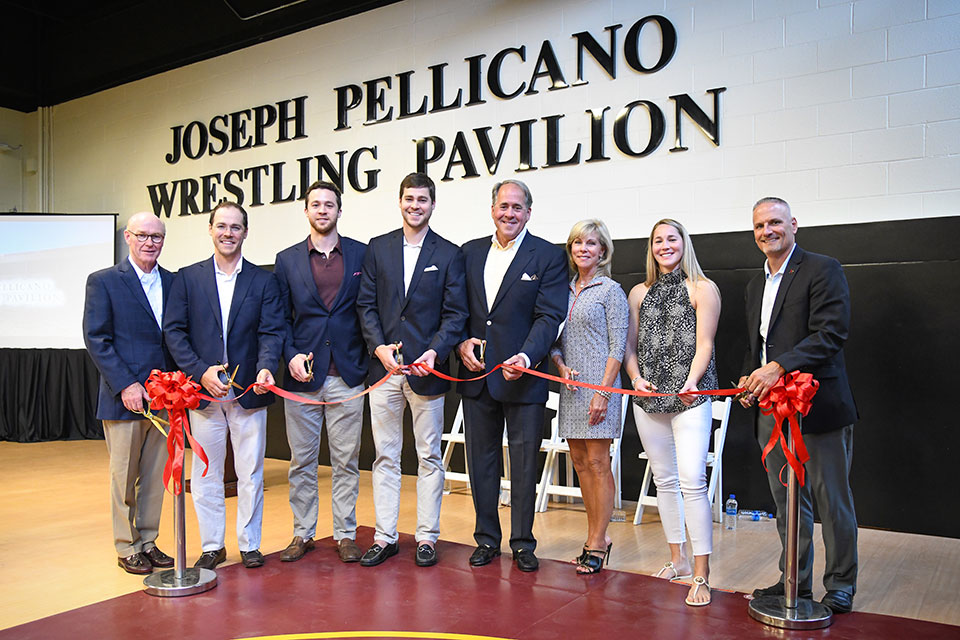 University officials, joined by members of the Pellicano family, officially cut the ribbon on the new facility during a dedication ceremony on Saturday, Sept. 3.

The Joseph Pellicano Wrestling Pavilion, named in honor of Pellicano’s father, is located in Michaelhouse, adjacent to Growney Stadium and the Ralph C. Wilson, Jr. Athletic Center. Pellicano said that his father, who lost an arm and a leg in a farming accident at the age of three and lived a full life until the age of 90, has served as his role model for strength and determination. He hopes student-athletes who hear his father’s story will be equally inspired as they enter the field of competition, as he was while a member of Fisher’s football team.

“Bill’s legacy of commitment to Fisher includes his dedicated service to the Board of Trustees as well as his long record of philanthropy. His support of Fisher athletics, in particular, has impacted experiences for Fisher student-athletes, visitors, and fans,” said Dr. Gerard J. Rooney, president of the University. “The William J. Pellicano Pavilion, dedicated in 2013, has been a wonderful addition to Growney Stadium and Bill’s most recent gift has helped to establish this dedicated space for our new wrestling program, adding to the prestige of our athletic offerings.” 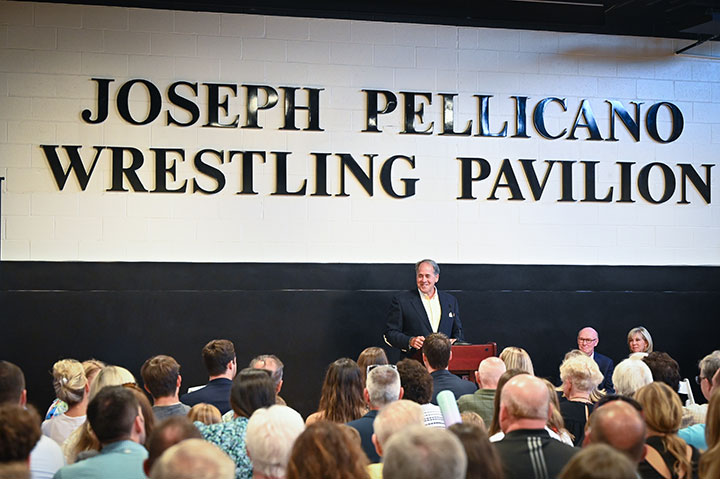 During the ribbon-cutting ceremony, Pellicano reflected on the importance of his family in instilling the values of determination and giving back in his life.

“This is a dream come true for my dad,” he said of the facility. “Coach Morrison, and all the wrestlers of St. John Fisher University, this pavilion will be a special place. I believe, like my dad did, that the wrestlers that come through these doors will do more than they thought they could ever do in wrestling and in life. My family and I are blessed to be able to do this for the University.”