Four students from the Department of Media and Communication participated in a public relations bootcamp competition, The Pitch, hosted on Sunday, Nov. 6. The competition was sponsored by the Rochester chapter of the Public Relations Society of America and hosted at Dixon Schwabl + Company. 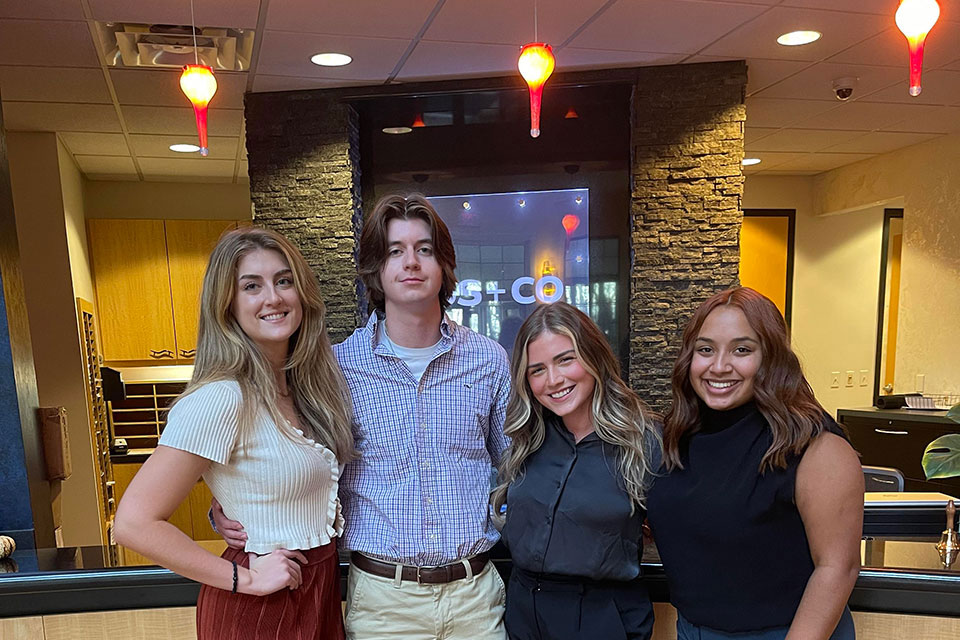 Divided into mini agencies with students from other local colleges and universities, they worked on creating public relations campaigns to promote an event hosted by the The Levine Center to End Hate, a local nonprofit organization that develops and amplifies anti-bias efforts across the community through the Jewish Federation of Greater Rochester.

The students then presented their ideas to a panel of judges, including Lauren Dixon, founder and board chair of Dixon Schwabl + Company; Michael Gamilla, programming director, ImageOut: Rochester LGBT Film Festival; and Karen Elam, director, The Levine Center to End Hate.

MacPherson was a member of the winning team, New Blue Agency, which presented ideas including outreach via pre-existing community events, social media tactics, and partnerships with local influencers.

“I’m thankful that PRSA Rochester provided this invaluable opportunity for students to work with The Levine Center to End Hate and have the chance to do important work for our community to fight anti-Semitism and other forms of discrimination,” said Jeremy Sarachan, chair of the Department of Media and Communication.