Together with their friends and families, graduates of the Wegmans School of Pharmacy gathered with faculty and staff during the School’s annual hooding and award ceremony, held in the Ralph C. Wilson, Jr. Athletic Center on Friday, May 11. 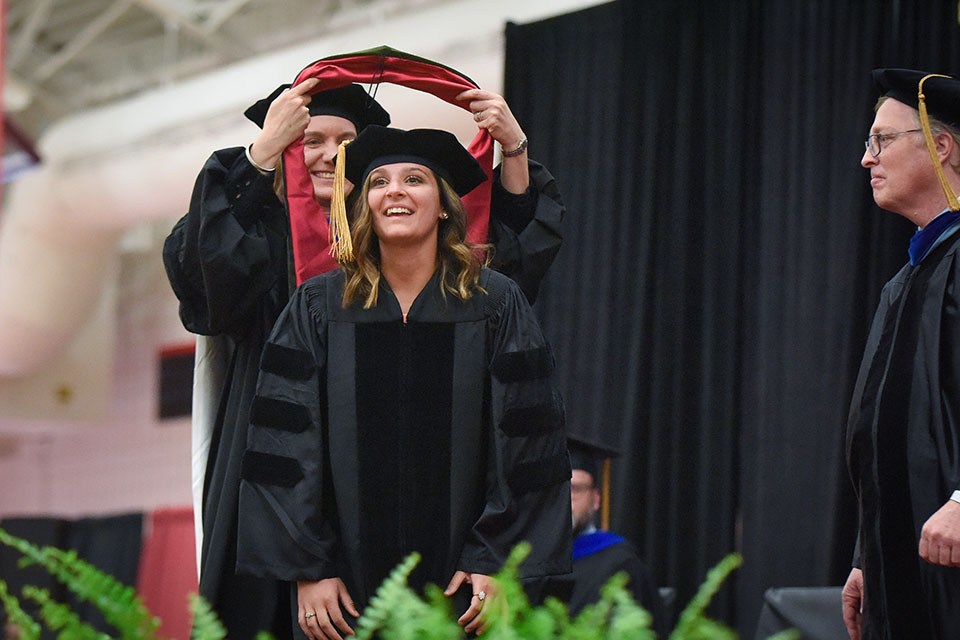 Graduate Kara Thomson delivered the invocation. Class co-presidents, Alexander Mathes and Connor Mack, presented the Class of 2018 gift, a generous check for the Jack E. Brown Endowment Fund. In addition to the presentation of hoods, the School honored 17 students with prestigious awards.