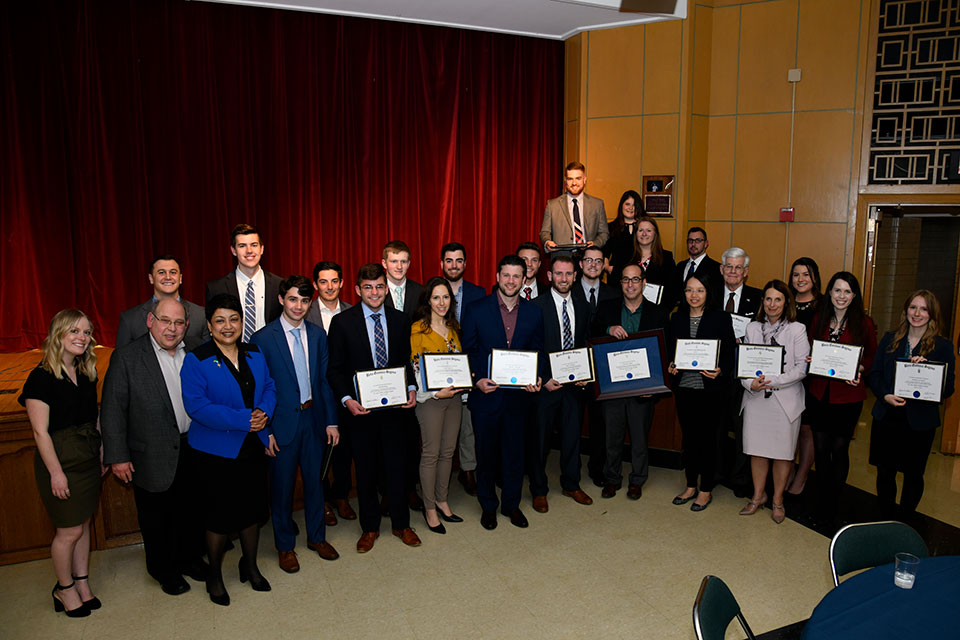 Students ranking in the top 10 percent of the baccalaureate and top 20 percent of graduate programs at schools accredited by the Association to Advance Collegiate Schools of Business International are eligible. The inductees join an expanding worldwide network of more than 625,000 outstanding business professionals who have earned recognition through lifetime membership in BGS.

The students inducted into BGS include:

During the ceremony, the School recognized Kenneth Glazer, chairman, Buckingham Properties, as the 2019 Beta Gamma Sigma honoree, in recognition of his outstanding commitment to the values of the honor society.  In his keynote speech, Glazer encouraged the new inductees to be curious, keep an open mind, and expand life-long learning opportunities.

Dr. Jason Berman also announced that senior Anthony DiLeo will serve as the 2019-2020 BGS president, while Michael Zintel will serve as vice president.