More than 343 participants raised over $22,000 for the American Foundation for Suicide Prevention (AFSP) during the third annual Out of the Darkness Walk at St. John Fisher College. 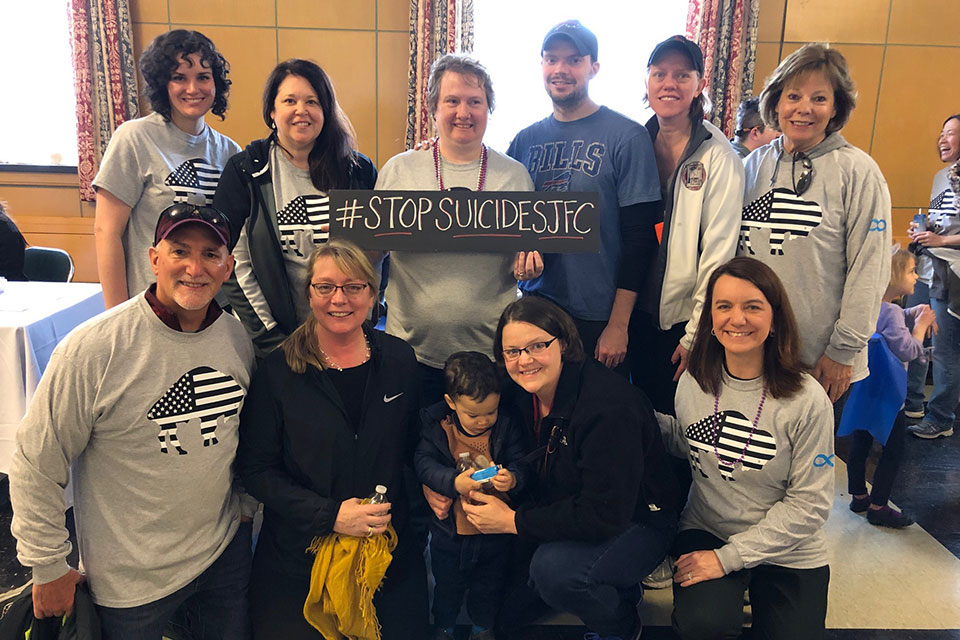 Walkers from the Fisher and Greater Rochester communities spent Sunday morning spreading awareness for suicide prevention while raising funds for AFSP. This year, members of the Wegmans School of Pharmacy walked in honor of their colleague, Dr. Jack Brown, who passed away from suicide in November 2017. His widow, Kristen Brown, served as the team leader for the School, hoping his story can help bring to light issues of mental health and suicide that is prevalent in society today.

“When Kristen announced that she was going to lead our walk team and spoke to our School about suicide, I was inspired by her courage,” said Dr. Christopher Noel, assistant professor in the School of Pharmacy. “It was important for our faculty, staff, and students to hear that it is okay to talk about suicide. This will lead to stigma reduction and the saving of future lives.”

“I am so humbled and honored by the support from the Fisher family for the Out of the Darkness Campus Walk. In the three years we have held this walk, we have exceeded our participation and fundraising goals with each event,” said Sacco, visiting assistant professor in the School of Nursing. “Suicide is the second leading cause of death among people ages 15 to 24. Bringing this walk to campus increases awareness of mental health and suicide, breaking the stigma that surrounds these topics. I am proud of our efforts and continued growth.”