Dr. Roger L. Easton, Jr., a faculty member at the Rochester Institute of Technology, will present the lecture, "Modern Imaging Technologies and a New Golden Age of Manuscript Studies," at 7 p.m. on Tuesday, March 10, in Cleary Family Auditorium. 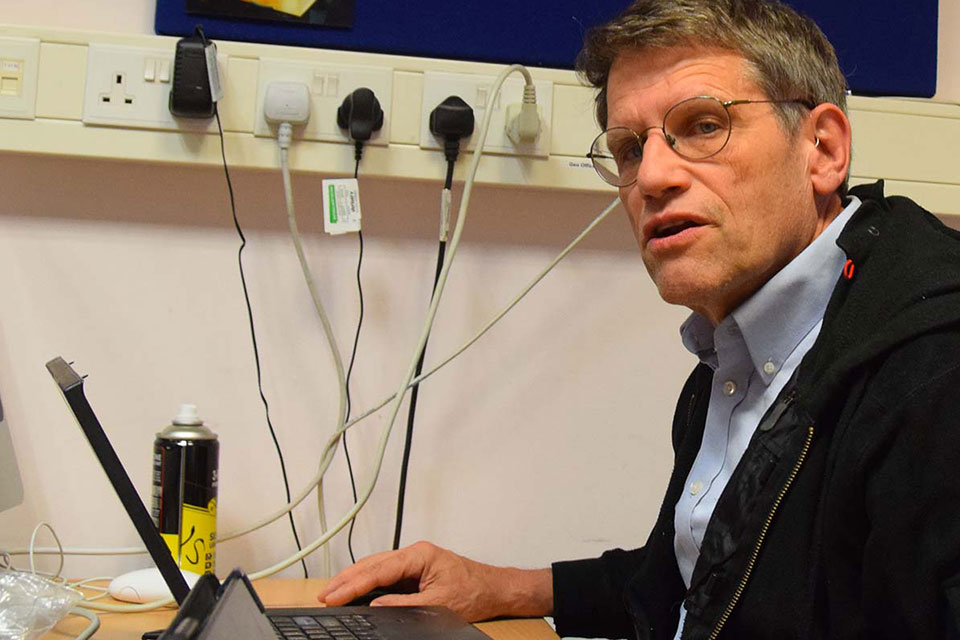 An annual event at the College, the Robert and Janice Loss Science Lecture Series was established in 2003 to promote the study of the sciences among high school and college students. The lecture is free and open to the public.

Easton has been on the faculty of the Chester F. Carlson Center for Imaging Science at the Rochester Institute of Technology since 1986. Prior to that, he obtained a B.S. degree in Astronomy from Haverford College, the M.S. degree in Physics from the University of Maryland, and the Ph.D. in Optical Sciences from the University of Arizona. He is the author of "Fourier Methods in Imaging," published in 2010 by Wiley.

Easton has applied modern imaging technologies to recover information from historical objects since the mid-1990s. Among the objects he has helped study is the Archimedes Palimpsest, the oldest known copy of writings by the Greek scientist and mathematician that were copied in the tenth century, erased in 1229, and overwritten with a Christian prayerbook. Other objects he has imaged include the Syriac-Galen Palimpsest, the palimpsests from the "New Finds" at St. Catherine's Monastery in Sinai, the c. 1491 world map by Henricus Martellus Germanus at the Beinecke Library of Yale University, the Jubilees palimpsest at the Ambrosiana Library in Milan, the African diaries of David Livingstone at the National Library of Scotland, the Dexippus and Herodian palimpsests at the National Library of Austria, and the Zacynthius Palimpsest at the Cambridge University Library.

During his lecture, he will discuss modern imaging technologies such as spectral imaging (combining images collected under different colors of illumination), x-ray computed tomography, and x-ray fluorescence imaging are recovering previously unread text from historical manuscripts. Among the objects studied using these technologies are palimpsests: parchments that were erased and overwritten, including the oldest copies of writings by Archimedes, the a copy of a medical text by Galen, and the palimpsests in the "New Finds" discovered in 1975 at St. Catherine's Monastery in Sinai. His talk will consider the technologies and some results from imaging of these objects.