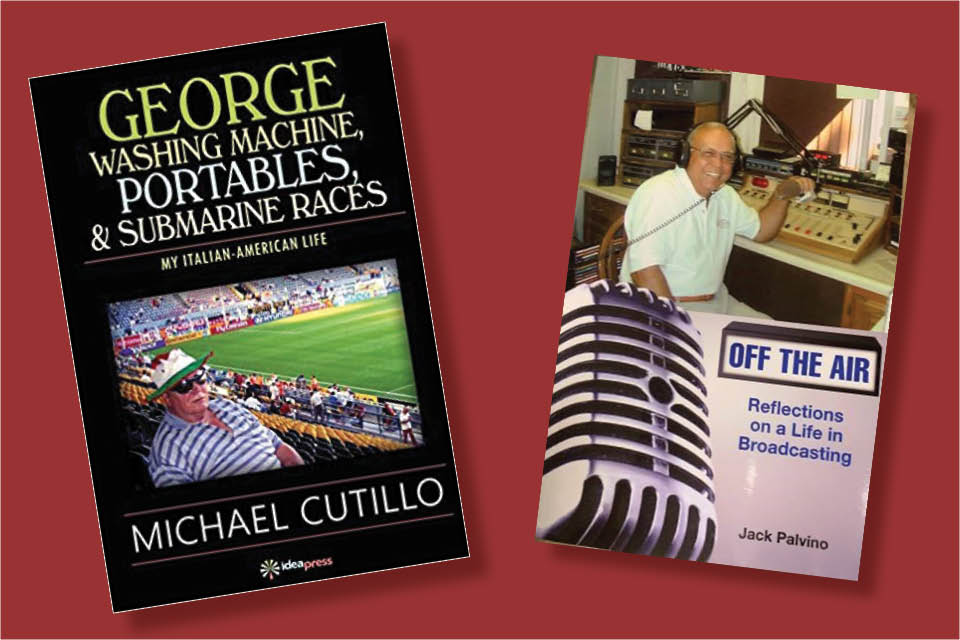 Writing is not new to Baldwinsville, New York, native Mike Cutillo. He knew from junior high that he wanted to be a writer, so when it came time to choose a college, he headed to Fisher because of its good communication/journalism program and solid reputation for helping graduates get jobs in the field. His path has not wavered. Over four decades he has built a journalism career, starting as a regional reporter for the Rochester Democrat & Chronicle, then sports editor for the Canandaigua Daily Messenger, and the Finger Lakes Times, where he now serves as executive editor. Last year, he decided to put those skills to work in writing a book.

"My goal, simply, while my dad was still alive, was to write a book about the family history for my three younger sisters and tons of relatives," explains Cutillo.

Over the years he had penned pieces about his Italian-American upbringing, so there was a foundation of material. He shared some of this with the staff at Idea Press, who felt the book would appeal to not just his family. That's when the project began in earnest.

Cutillo hopes that a few of the messages found within the collection of essays resonate with readers. "Everyone has a story. My hope is that people reading my stuff are reminded of their own," he says. "This country was built primarily by immigrants, so whether you are Italian or Irish or German or Mexican or African or whatever, you or your ancestors have added something, so you should revel in it and be proud."

In the end, he says, "I enjoy reading just for the pleasure of it, so I have written this very conversationally. It's not a difficult read. Hopefully it's a little humorous in parts, and I would hope people just enjoy reading it. Simple as that."

Jack Palvino, a member of Fisher's Pioneer Class and trustee emeritus, wrote his first book in 2011. "On the Air: My Life in Radio, 1957-1997" chronicled his long career as a radio personality in Rochester, NY. He dominated the airwaves as a DJ for decades, meeting music legends such as Ray Charles and Jimi Hendrix, as well as leaders including Jimmy Carter, Ronald Reagan, and George H.W. Bush. He then transitioned to station ownership, still influencing the radio scene in Rochester.

In his latest book, Off the Air, Palvino, offers further reflections on his years in the broadcasting business. The book is available at The Cardinal Shop, Fisher's bookstore, and Wegmans Food Markets.