The Department of Media and Communication at St. John Fisher College has selected sophomores Shefki Beha and Shannon Munier as the 2020 recipients of the Jack Palvino Excellence in Communication Award. 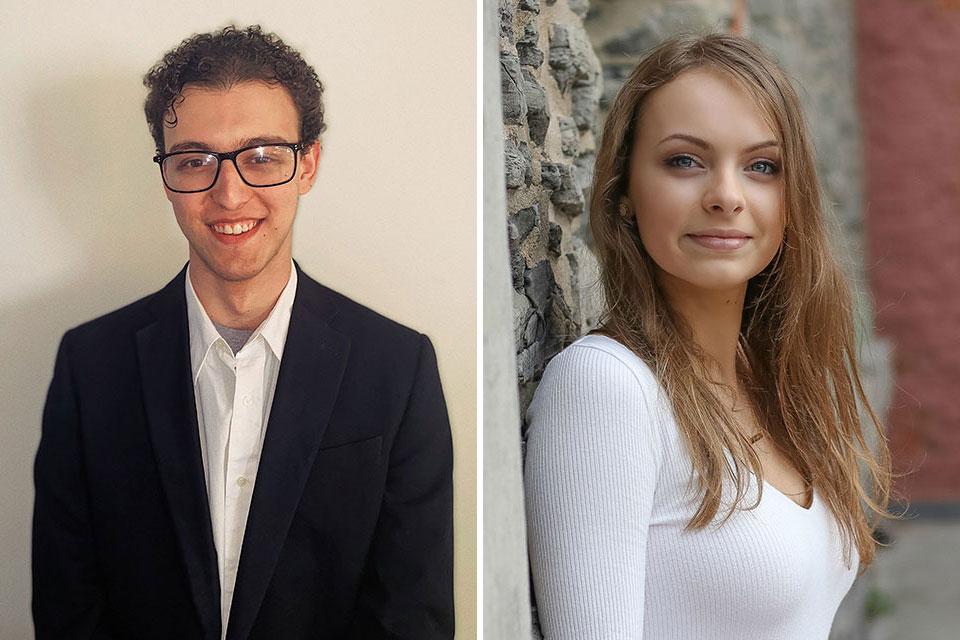 Beha plans to pursue a career in video game design, taking the full range of available classes in video game studies and design in the interactive media major. Beha hopes to work with a team at a local game design studio in Rochester, and then move on to design his own games and make a name for himself in the gaming world. He is also a fourth degree black belt in Taekwondo and will test for his fifth degree black belt prior to graduation, giving him the title of Master Shefki Beha.

Munier is studying media management and data analytics at Fisher. She is a recipient of the Fannie and Sam Constantino First Generation Scholarship as the first of her family to attend college. She is a member of The PRIMA Group, Fisher’s student-run, fully integrated public relations and advertising agency, and the College’s chapter of the Public Relations Student Society of America. Munier has held internships with the School of Business and at Bishop Kearney High School in the Office of Institutional Advancement. This past semester, she studied abroad in London, England, and worked with a non-profit organization creating content for their social media pages. After graduation, she plans to pursue a graduate degree and work in market research and analytics.

Established by Jack Palvino ’55, the award provides a $3,100 grant to help offset the cost of tuition. Palvino is a member of the first graduating class at St. John Fisher College, and is a member of the Trustees Emeriti Society, in recognition of his longtime service to the Board of Trustees. In the 1960s and 1970s, Palvino was Rochester’s No. 1 morning personality at top-40 formatted WBBF-AM. With his business partners, he formed The Lincoln Group, and acquired radio stations in Buffalo, Northwestern Ohio, and Rochester. Locally, his company owned WHAM, WVOR, WPXY, and WHTK, until he sold the stations to CBS/Infinity and Clear Channel Communications.