Gaming for a Cause: Fisher Professor Develops App to Help Preserve Native Language

Dr. Wendi Sierra, assistant professor in the English and interactive media programs at St. John Fisher College, says that preserving an indigenous language is a formidable task. She says many native languages have a “missing generation”—parents or even grandparents who know little or nothing of the language, making it hard to revitalize its daily or home use. 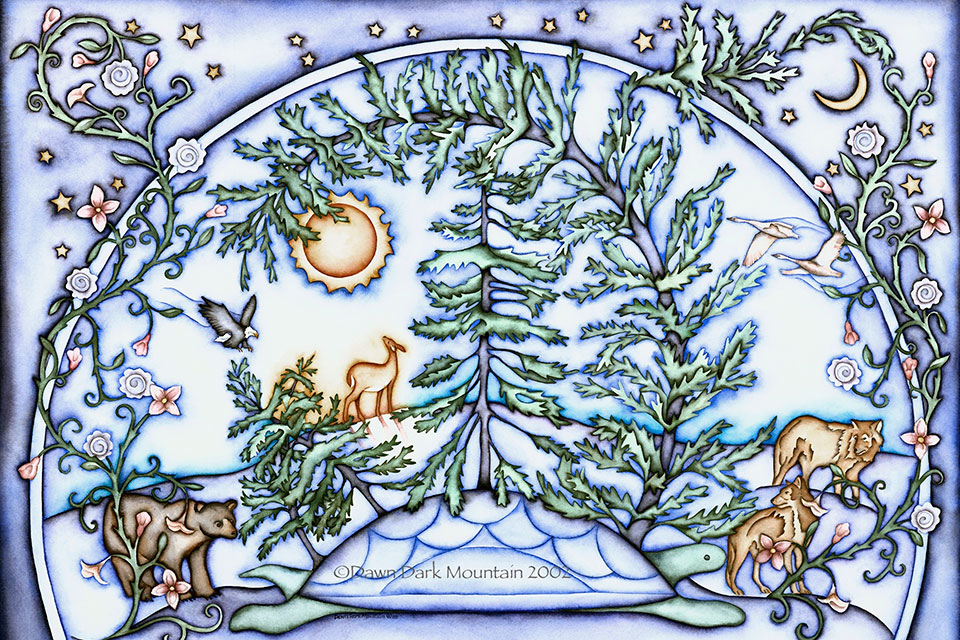 A member of the Oneida Nation of Wisconsin, Sierra has observed efforts to preserve her tribe’s language, both at the institutional and interpersonal level. Now, thanks to a nearly $100,000 grant from the National Endowment for the Humanities Digital Projects for the Public program, she is using her skills and talents as a rhetorician and game designer to aid in those efforts. Sierra is collaborating with leaders of several community organizations, artists and musicians, educators, and an educational technology studio to create a video game that will help introduce elementary school children and their parents to the Oneida language.

As the first in her family to attend college, Sierra earned her bachelor’s and master’s degrees from the University of Oklahoma and her doctorate from North Carolina State University. Her research interests include game studies, game design rhetoric, social media, and ethnography. She credits the Oneida Higher Education grant for providing her the opportunity to pursue undergraduate and graduate degrees and is motivated by the tribe’s belief in community and the idea that “your skills are the tribe’s skills.”

“Language revitalization is a huge point of concern; indigenous languages are dying off at a rapid rate, and I thought, how can I use my training in a way that compliments what is already happening?” she said, noting that immersion preschools, language classes at local universities, and the Oneida Language Revitalization Center are all focused on preserving the Oneida language. “The video game targets a portion of the community that isn’t being addressed by other programs, and offers a great opportunity for parents to engage their children in speaking the language.” 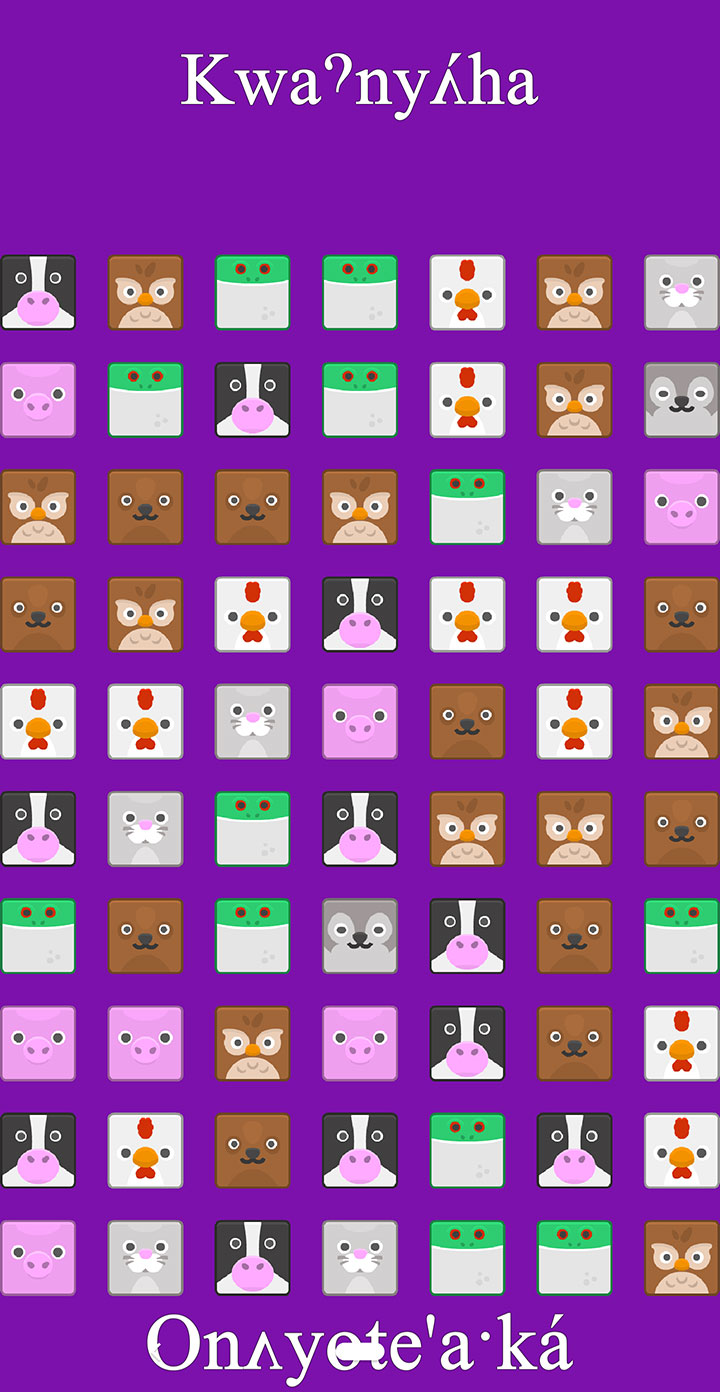 A prototype of A Strong Fire's tile-matching mini game.

Her game, A Strong Fire, will be an interactive retelling of the Thanksgiving Address, a prayer recited at formal events and social occasions that includes folklore and mythology of the tribe. According to Sierra, the Thanksgiving Address was chosen for its ability to not only help with technical aspects of the language, but to share the tribe’s values, traditions, and culture. The game will be available for both browser and app use and will include interactive narratives in storybook form. Each chapter will reveal each of the 18 stories of the Thanksgiving Address, weaving in eight Oneida words three times each to reinforce their pronunciation and meaning. In between chapters, mini games—including tile-matching or memory games—will focus on word recognition, vocabulary, reading comprehension, and decoding, among other elements.

To bring the stories to life, Sierra is working with Oneida master artist Dawn Dark Mountain, whose work will inspire the art for the game and professional concert and film composer Brent Michael Davids will compose its music. Rochester-based educational technology studio, Second Avenue Learning, will develop the game. Sierra is also consulting with members of the Oneida Nation Arts Center, the Oneida National Language/Culture Archivist, and the Language Curriculum Coordinator at an Oneida school. Dr. Susan Schultz, professor in the Ralph C. Wilson, Jr. School of Education, is serving as a language pedagogy consultant, while Dr. Mark Rice, professor of American history at Fisher, is working with an undergraduate student researcher on the project. Faculty members from the University of Wisconsin Green Bay, Michigan State University, and Miami University are also serving as consultants. It will take several months to create a vertical slice of the game, or a fully polished, ready-to-play chapter. Sierra hopes to have two ready for testing by fall 2020.

While there are existing apps and games that support ongoing efforts to revitalize the Oneida language, Sierra said her concept is quite different in its approach.

“There are very few games or apps out there that do exactly what A Strong Fire is proposing to do: bring language and culture together in a way that both lifts up the tribe and shares their values with non-tribal audiences,” she said.

NEH Policy Statement
Any views, findings, conclusions, or recommendations expressed in this article do not necessarily represent those of the National Endowment for the Humanities.