With the establishment of a scholarship that bears their name, Martin K. and Jill A. Birmingham carry on a legacy of family giving to St. John Fisher College. 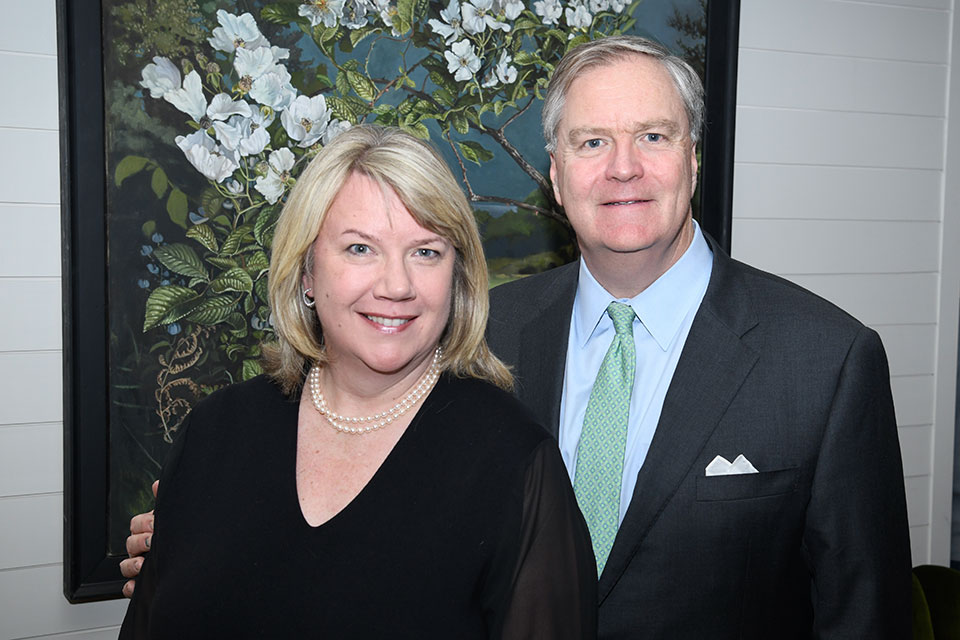 The Birminghams have made a $100,000 commitment to Fisher Forward: The Campaign for St. John Fisher College, to create a scholarship that will support undergraduate students with demonstrated financial need pursuing a degree in business or the liberal arts.

“Jill and I are thrilled to make this investment in St. John Fisher College and its students. For over 70 years, students have benefited from the transformational experience that is a Fisher education and we are delighted to make it more accessible,” said Martin Birmingham. “Having benefited from a liberal arts curriculum in our college studies, the fundamental outcomes of thinking critically and communicating effectively have served as a solid foundation for our careers in business, engaging with the community, and raising our family.”

Birmingham is a long-time member of the College’s Board of Trustees, serving as its chair from 2016 to 2018. He received an Honorary Degree of Doctor of Humane Letters for his dedication and commitment to Fisher during the College’s 64th Commencement Ceremony in 2018. Birmingham’s father also served as Board Chairman and received an honorary degree in 1988, making him the first second-generation Board Chair to be given such recognition.

The Birminghams have helped to carry on his parents’ legacy of giving at Fisher. They host an annual luncheon each year to honor the recipients of the Ann B. and Martin F. Birmingham Student Volunteer Recognition Award, which has recognized students who demonstrate excellence as a volunteer either on campus or in the community since its inception in 1990.

The Birminghams are also founding members of the Spire Society, which recognizes donors who give $1,000 or more annually to the College’s Annual Fund, committing to that minimum level of giving for three years.

“The Birmingham Family has shown belief in and support of our students and the mission of our institution for over three decades, and we are grateful to them for that support and their continuing commitment,” said Dr. Gerard J. Rooney, president of the College. “They have made the dream of a Fisher education for so many become a reality, and this new scholarship will add to that legacy.”