Student-athletes at St. John Fisher College engaged in post-season play while their peers crossed the stage during the College’s 67th Commencement ceremonies. After a winning weekend, student-athletes were also able to experience pomp and circumstance during a special Student-Athlete Commencement held on Monday, May 10. 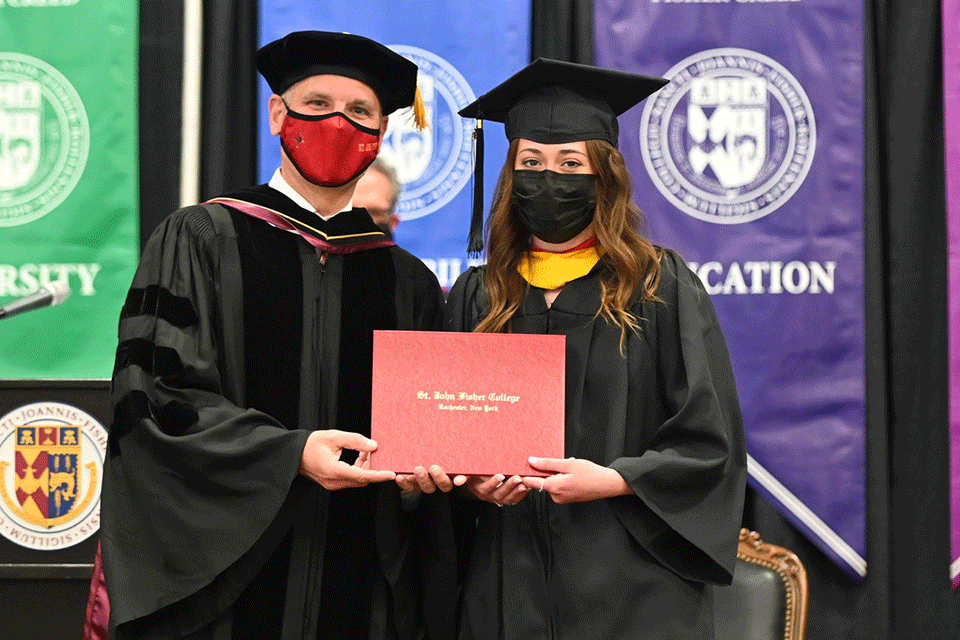 Representing men’s and women’s track and field, men’s and women’s lacrosse, and baseball, these graduates not only excelled in the classroom, but on the sports fields. Each of the track and field and lacrosse teams captured Empire 8 Championship titles this season. The baseball team, which clinched the Empire 8 Regular Season Championship, eyes a conference title during tournament play the weekend of May 14.

At the ceremony, President Gerard J. Rooney addressed the graduates before conferring their degrees.

“The College has experienced seasons of change - new beginnings, and remarkable successes.  We have enjoyed unprecedented growth - both academically and athletically.  You have all been a part of that growth, those successes, and new beginnings.  You have enlivened the good, smart, and talented motto of our athletic department. You have triumphed both on and off the field. Today, we celebrate you,” he said. 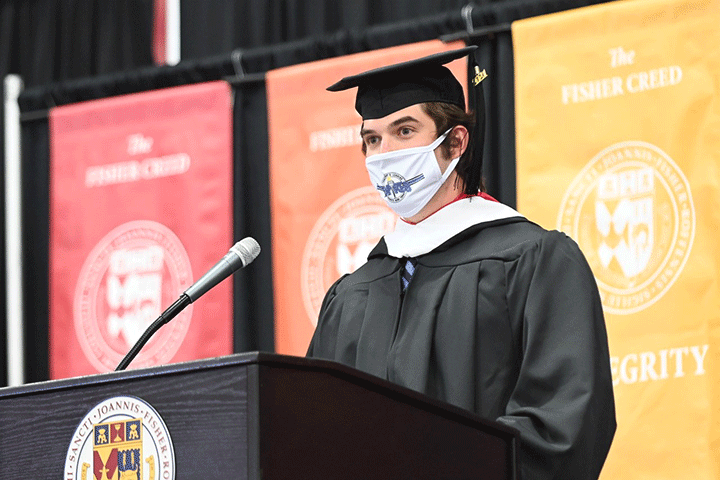 Jacob Risavi, a graduate of the School of Arts and Sciences, member of the men’s lacrosse team, and co-chair of the Student-Athlete Advisory Committee, delivered remarks on behalf of his class, sharing three valuable lessons he has learned during his time at Fisher.

“Never let your situation control your attitude, be the best you can be everyday-not just when it matters, and lastly, never forget those who have helped you get you to where you are,” he said.